The stalwart Honda Pilot and smaller Kia Sorento are popular choices for families seeking a 3-row midsize SUV. For those deciding between the two, there are significant differences to know about. Let’s compare the Honda Pilot and Kia Sorento to find the right SUV for you. 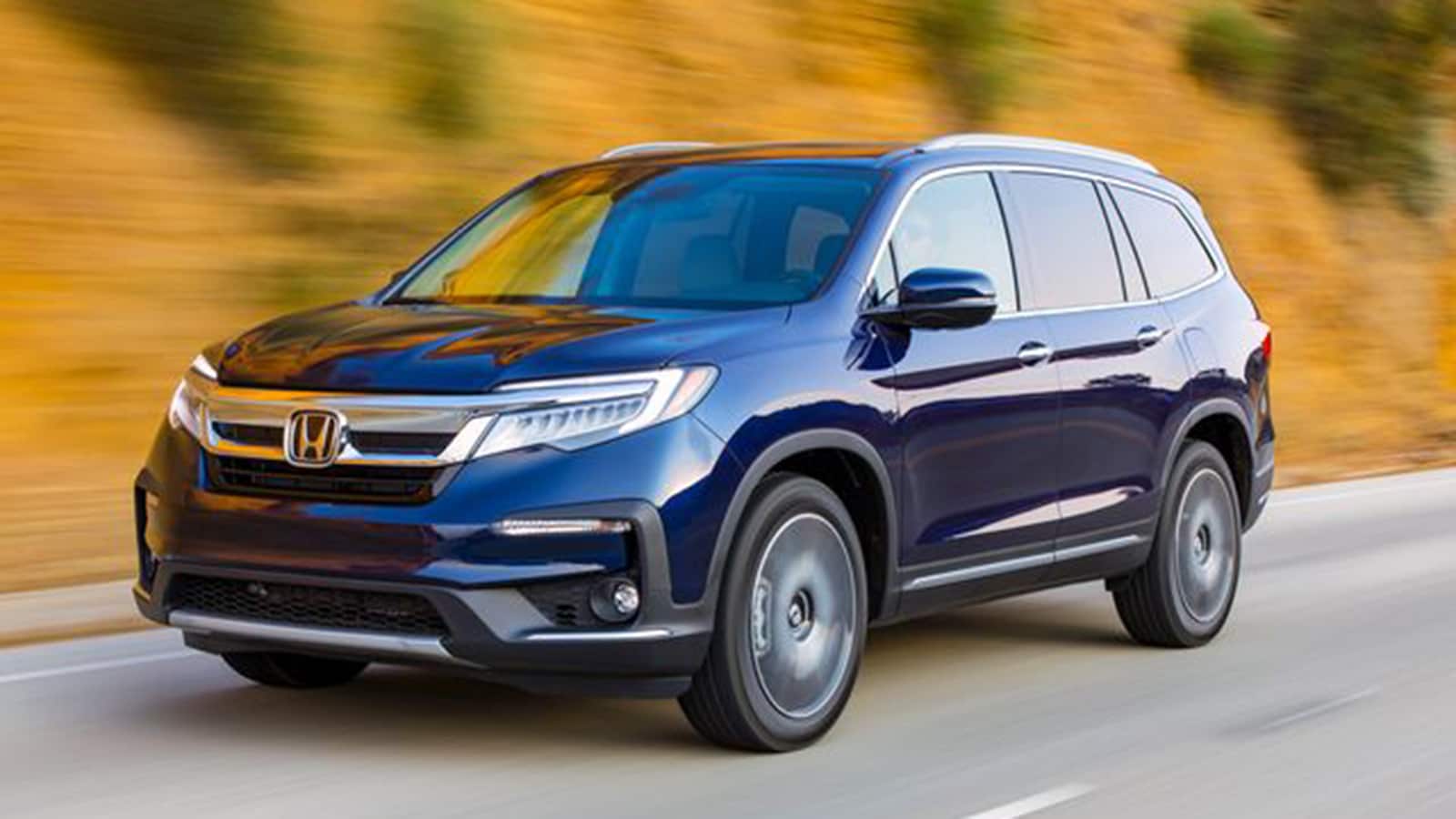 The Honda Pilot is a highly adept 3-row SUV that does just about everything well. The Pilot has a decades-long reputation for reliability, quality, and resale value. It has max seating for eight passengers, or seven if you opt for the second-row captain’s chairs. Pricing starts at $38,080.

Standard V6 engine: The Pilot offers the choice of exactly one engine, but it’s a good one. Under the hood of every 2022 Pilot is Honda’s tried and true 3.5-liter V6. It makes an ample 280 horsepower and tows up to 5,000 pounds.

Interior space: In addition to having more room overall in the cabin, the Honda Pilot can seat up to eight passengers, whereas the Kia Sorento maxes out at seven.

Superior resale value: Like most Honda models, the Pilot benefits from historically high resale values. When it comes time to sell or trade, Pilot owners are likely to get back a bigger percentage of their original outlay than Sorento buyers.

Check this week’s Fair Purchase Price or see the Pilot models for sale near you. 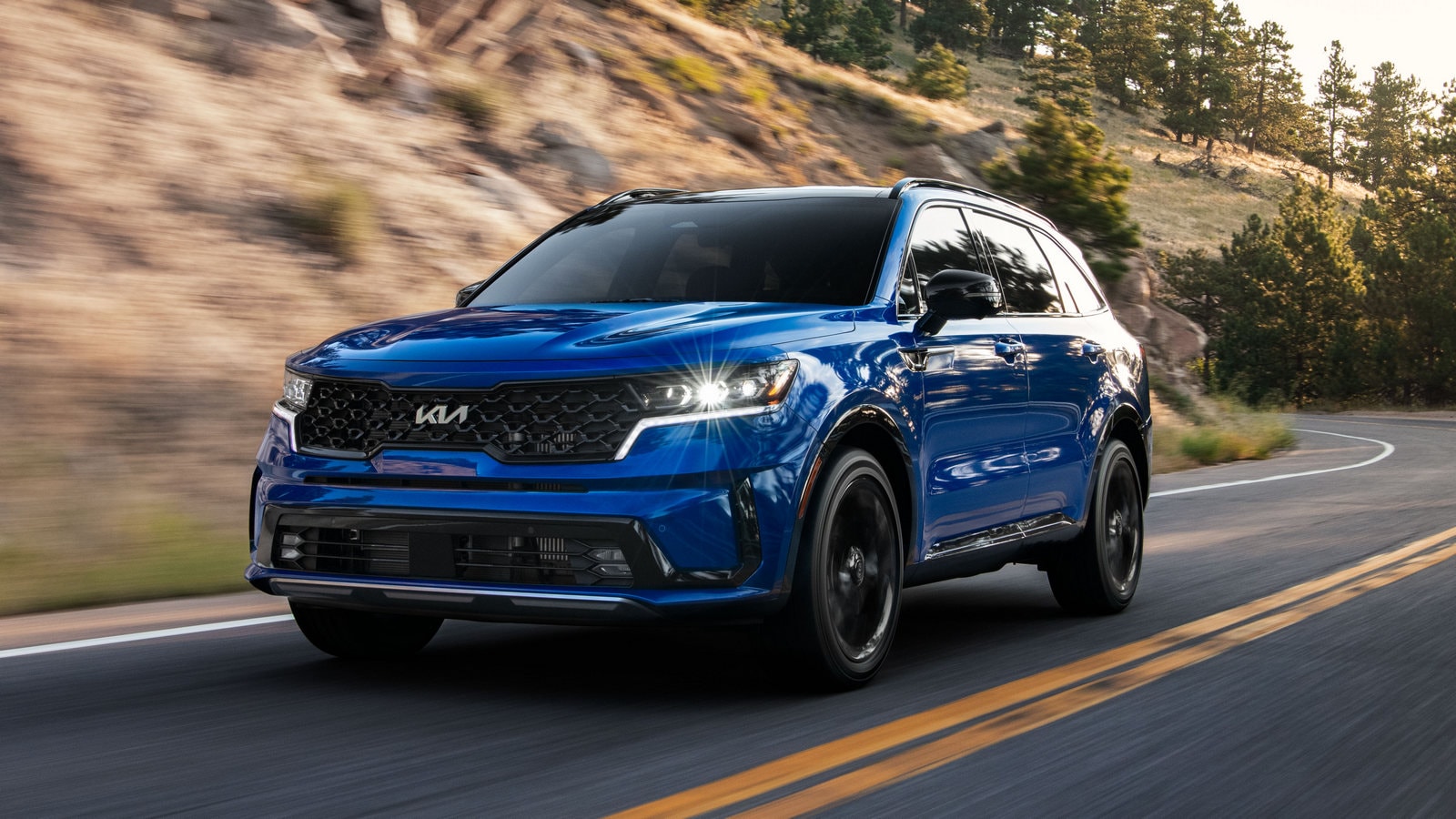 The Kia Sorento is on the smaller side of the spectrum for its class of SUVs. This makes it a great alternative for those needing the flexibility of three rows of seats but in a slightly smaller and more affordable package. The Sorento seats up to seven passengers, or six on models equipped with second-row captain’s seats. Pricing starts at $29,590.

Choice of powertrains: Whereas the Honda Pilot offers only one choice under the hood, the Sorento has several, including two hybrids. There’s a base but adequate 4-cylinder, a zippy turbocharged model, a gas-electric hybrid, or a plug-in hybrid.

Exceptional warranty: As with every new Kia, the Sorento comes with a basic warranty of 5 years or 60,000 miles, and a powertrain warranty that covers 10 years or 100,000 miles.

Lower starting price: While the Sorento is smaller than a Pilot and has a less-powerful engine, it costs significantly less, starting at nearly $8,500 below a Honda Pilot. If your family doesn’t need the extra power and room, why pay for it?

Check this week’s Fair Purchase Price or see the Sorento models for sale near you.

The roomier and reputable Honda Pilot is a regular on our annual list of the best family cars. The Sorento is a smaller, lower-priced alternative to more traditionally proportioned midsize 3-row SUVs like the Pilot and Kia’s own Telluride. Which SUV is right for you depends on your priorities.

Far Out! Take $100 off all iPad mini colors and configurations right now