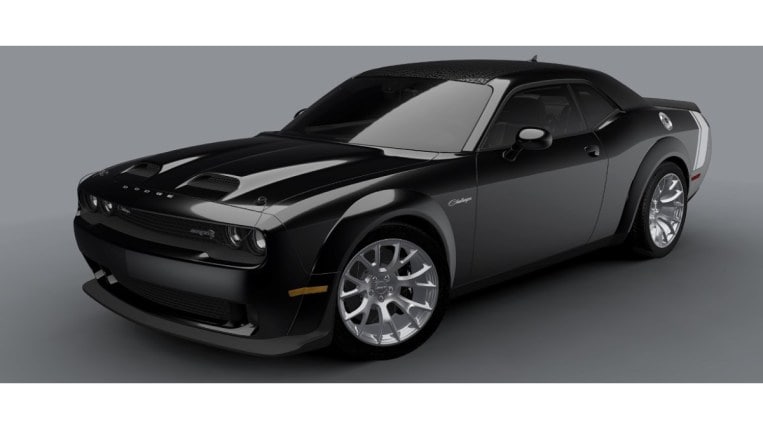 The Ghost is a 1970 Dodge Challenger R/T SE painted a glossy black with a vinyl gator-skin roof and white stripes across the trunk.

It was the undisputed king of drag racing in the Motor City in the 1970s. Detroit police officer and Army veteran Godfrey Qualls bought the Ghost new. The car is on the National Historic Vehicle Register today, but it’s still in the Qualls family garage.

Qualls would appear at drag races on the Detroit streets, shoot down all the competitors, and vanish without introducing himself. Hence, the Ghost.

Myths live on when we retell them. The best way to retell an automotive myth is in steel and fire.

Dodge, in case you haven’t heard, plans to retire the Challenger. Dodge has announced that the 2023 model year will be the last for both of its big rear-wheel-drive cars. The Charger sedan and Challenger coupe get this one final year before Dodge launches into its electric future (the company has already shown off a concept for the electric muscle car it says will replace them).

Their final production year will be filled with limited-run special editions. Dodge promises seven of each. You can’t pre-order them. They’ll pop up in dealerships like sneaker drops and sold first-come, first-served. Dodge will track where you can find them on its Dodge Garage website.

The company is announcing them about once a week now. There’s a purple Charger Super Bee. A pair of green Scat Pack Swinger editions. Dodge honored another legendary drag racer with a Charger King Daytona model. And now we have this, perhaps the coolest of the bunch, the 2023 Dodge Challenger Black Ghost.

Like its namesake, it wears glossy black with a gator-skin roof pattern. The same white stripe passes horizontally over the decklid.

Under the skin, you’ll find a Challenger SRT Hellcat Redeye Widebody bumped up to 807 horsepower. There’s no word on whether Qualls ever put the original on a dynameter, but we doubt it could match that number with 1970s technology.

Inside, black Laguna leather and Alcantara faux-suede line the seats and doors. An Alcantara steering wheel bears a red SRT badge – nearly the only thing in the car that isn’t black.

Dodge will build just 300 copies. Ordering opens this fall. Watch more in the video above from our sister site, Autotrader.

How It Can Help Your Business Connect