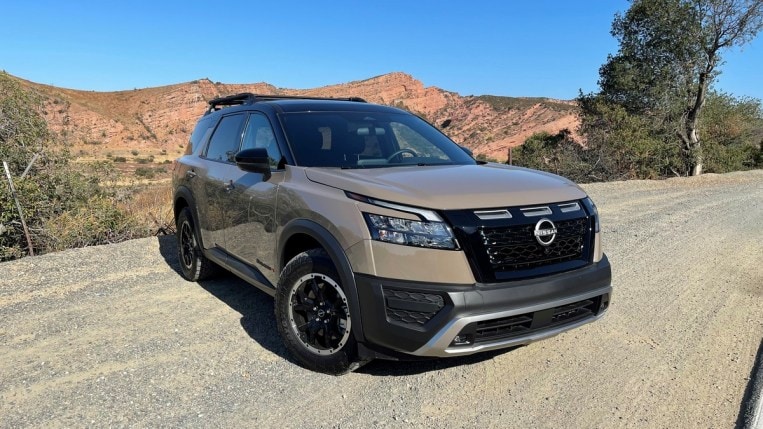 The Nissan Pathfinder was completely updated for the 2022 model year, and everyone is still getting used to seeing the new one on the road. So, Nissan has seen little reason to make changes for 2023. Prices for Nissan’s midsize SUV have gone up slightly, and a new off-road-focused model enters the mix.

The Pathfinder spent a decade looking like a slightly melted lozenge before 2022. That made it easy to forget that it had begun life as a rugged, truck-based SUV. For the 2022 model year, Nissan took the Pathfinder back to its roots.

They didn’t build it on a truck frame again — it’s still fundamentally a car-based crossover — but they gave it new styling that returned the Pathfinder to its off-roader look and updated its chassis. Our reviewer found it “still a family-friendly crossover,” but one with “a rugged exterior design and pretty good off-road chops when equipped with 4-wheel drive.”

Nissan will ride that formula into the new model year with almost no changes. The mid-priced SL trim gets a new wireless charging pad. It and the pricier Platinum trim benefit from a new 10-way power-adjustable passenger seat. The Platinum trim also gets one new option — second-row captain’s chairs with a removable center console.

Prices go up between $360 and $830 depending on trim level — a smaller adjustment than most models have seen in this year of heavy inflation.

A new, off-road-oriented Pathfinder Rock Creek appears for finding paths, rocks, and creeks. Situated between the SV and SL trims, it offers standard 4-wheel drive, a suspension lift, all-terrain tires, and a roof platform that supports 220 pounds of gear.

You can better your community through Call 4 Action