6 Things to Know About Rezvani Vehicles 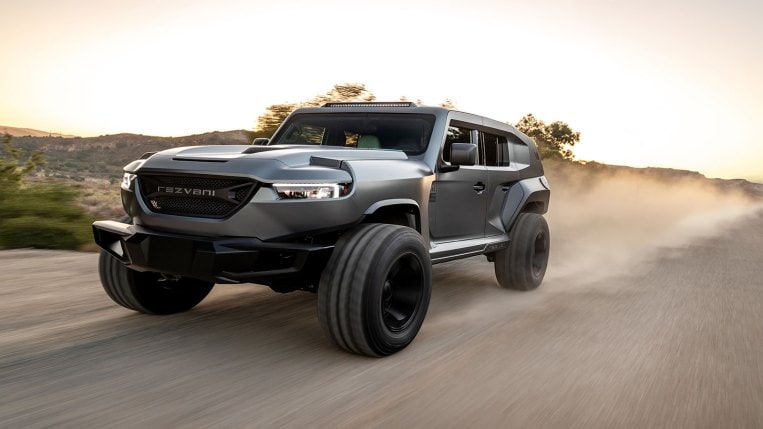 Rezvani is an interesting automotive designer and manufacturer you may not have heard of. This California-based car company started in 2013 with the Beast street-legal racecar, and now it specializes in trucks and SUVs. These outlandish tactical vehicles have celebrity owners, including Jamie Foxx and Chris Brown, and anyone with the means that can order one.

Here are six things you should know about Rezvani vehicles.

1. The Rezvani Tank is a “Tactical Urban Vehicle” 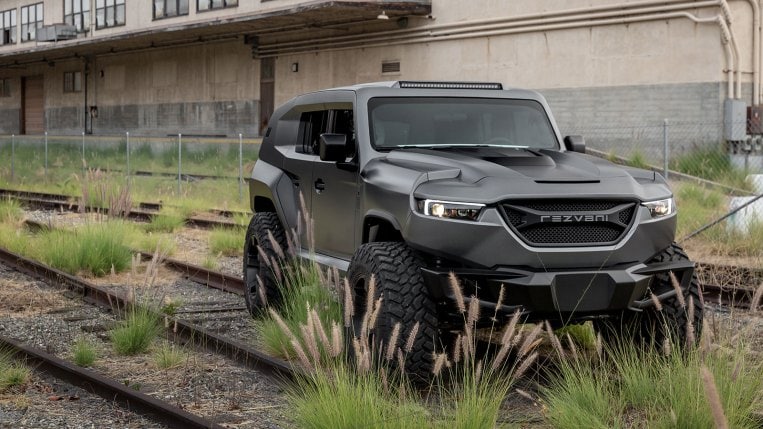 The Rezvani Tank is the brand’s SUV offering, and one look at it explains the name. Rezvani calls it a Tactical Urban Vehicle, which means it’s ready for anything on-road and off. The styling is guaranteed to turn heads, and the interior is super customizable, so you can make it your own. It’s based on the Jeep Wrangler and can be serviced at Jeep dealers. It’s also much more expensive than the Wrangler, with a starting price of $175,000.

2. The Hercules Model Has Six Wheels 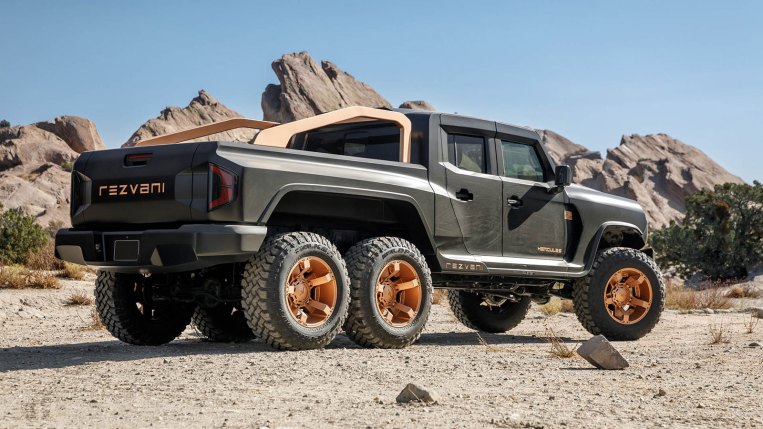 The Rezvani Hercules is a 6×6 pickup truck based on the Jeep Gladiator. The aesthetics and customization options of the Hercules are similar to the Tank. However, its obvious distinction is being a pickup with six wheels on three axles. Rezvani calls it “the god of all trucks,” and pricing starts at $195,000.

3. The Military Editions are Bullet-Proof 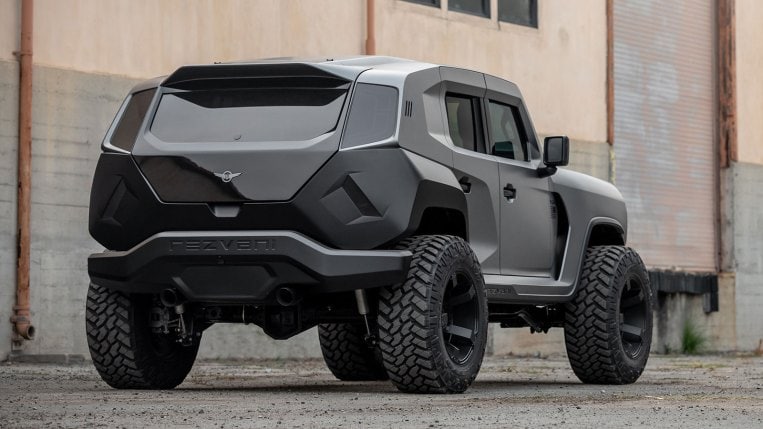 Both Rezvani models offer a Military Edition designed for civilians. The vehicles have bullet-proof body armor and glass. Plus, they boast 20 security features, including underside explosive protection, a smoke screen, electrified door handles, and even a pepper spray dispenser. These are trucks for the doomsday prepper with a healthy car budget. The Military Edition of the Tank starts at $259,000, with the Hercules at $265,000.

The standard engine is a tried and true 3.6-liter V6 that sees duty in many Jeep, Dodge, and Chrysler vehicles, but many more exciting engines are available. You can get a Rezvani with a 500-horsepower 6.4-liter Hemi V8 like the one in the Dodge Scat Pack muscle cars. A Hellcat-sourced 707-HP supercharged V8 is another engine choice. Other options include a 1,000-horsepower V8 from the Dodge Demon and a 7.0-liter supercharged V8 that makes up to 1,300 horsepower on E85 fuel. Additionally, there’s also a plug-in hybrid and diesel V6 powertrain available. There’s truly something for everyone. 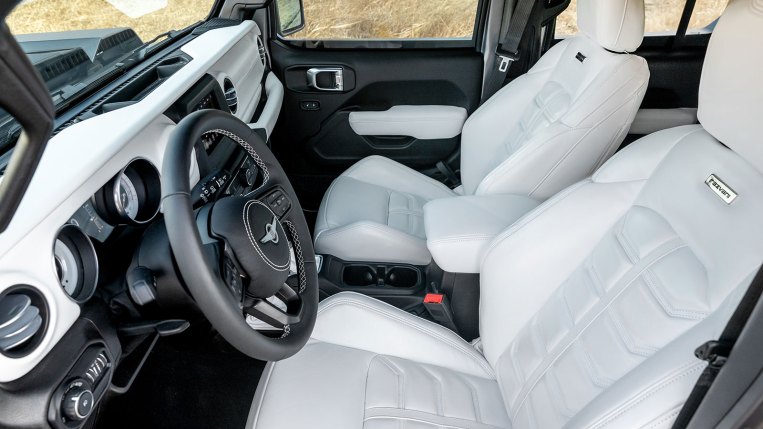 What’s available is a dizzying number of options for paint, interior, powertrain, performance, and security for Rezvani models. You can even get one with right-hand drive. In addition to the security features above, options include thermal night vision, Italian Nappa leather seats, a Starry Night headliner, a safe in the center console, and electromagnetic pulse (EMP) protection.

Rezvani’s only models currently in production are the Tank and the Hercules. The brand is working on reviving its supercar called the Beast. We’ve seen limited-production Beast models before based on the Ariel Atom and Lotus Elis. The new Rezvani Beast promises to be a mid-engine performance car with a carbon fiber body and a twin-turbo, 1,000-horsepower engine. While we don’t know much about the upcoming production model, you can put down a refundable reservation for the Beast for only $250.

Where the decider will be won and lost