A look back at Australia’s very successful Commonwealth Games campaign

After a week-and-a-half of jam-packed action, the XXII Commonwealth Games have been declared closed, and the baton handed to regional Victoria which now has three-and-a-half years to prepare for the 2026 Games, to be held on our home soil once again.

Though there is still a half-day of competition left at the time of this article going to print, Australia will finish first on the medal tally for the 14th time overall, though our 66 gold medals (and counting) is less than what we won on the Gold Coast four years ago.

Given the COVID-19 pandemic forced the 2020 Tokyo Olympics to be delayed by a year, this meant that the majority of our athletes were given the chance to shine on the world sporting stage just 12 months after their heroics in the Japanese capital.

As to be expected, the majority of our success came in the swimming pool, with Emma McKeon becoming our most successful athlete in Commonwealth Games history with 11 gold medal,s while Ariarne Titmus successfully defended her 400m freestyle title.

Titmus also won the gold medal in the women’s 200m and 800m freestyle events, confirming her status as one of the country’s top swimmers, to go with her achievements on the holiday strip four years ago, and in Tokyo last year. 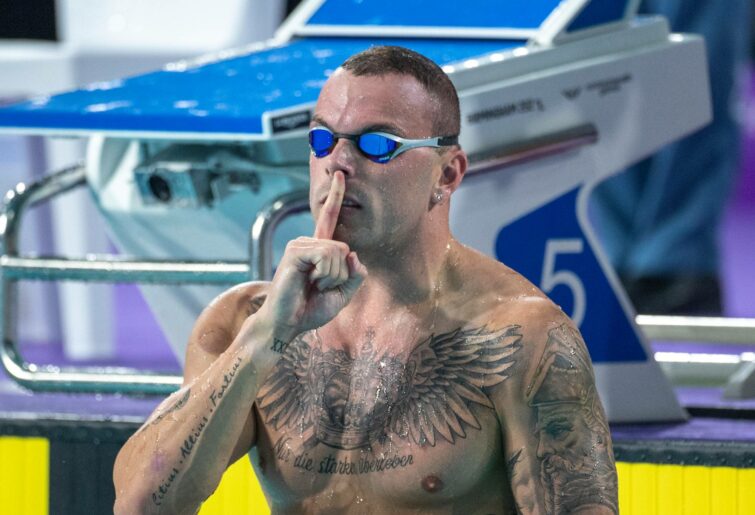 In the athletics, Jessica Stenson – the sister of former Melbourne Demons AFL co-captain Jack Trengove – took out the women’s marathon, as did reigning Paralympic gold medallist Madison de Rozario in the T54 variant.

The latter also won the women’s 1500m T54 race, bettering her result from Tokyo last year where she won bronze.

Undoubtedly the most memorable highlight was Oliver Hoare’s shock victory in the men’s 1500m race, in which he set a Games record of 3:30.12, making him the first Australian to win this event at a Commonwealth Games since Herb Elliott in 1958.

Bruce McAvaney’s call of his race victory will go down as one of the most memorable commentary moments of his career, alongside, of course, Cathy Freeman’s victory in the women’s 400m race at the Sydney Olympics in 2000.

In her second Commonwealth Games, Jemima Montag won the women’s 10,000m walk, while Kelsey-Lee Barber won the women’s javelin throw after recovering from COVID-19 which she contracted on the eve of the Games.

Cedric Dubler – who entered Australian folklore for famously revving up Ash Moloney in the decathlon at last year’s Tokyo Olympics – earned himself a bronze medal after garnering 8030 points, while another Tokyo cult hero, Peter Bol, finished second in the men’s 800m.

In the cycling program, Georgia Baker took out the women’s road race on the Sunday; this came after she also won the women’s points race and was part of the quartet that set a games record time of 4:14.06 in the women’s team pursuit.

The early part was plagued by two major crashes, with Matthew Glaetzer involved in the first when he crashed his bike during the men’s keirin on the second day of competition.

Nonetheless, he bounced back to win the 1km time trial as well as the team sprint alongside Leigh Hoffman and Matthew Richardson. 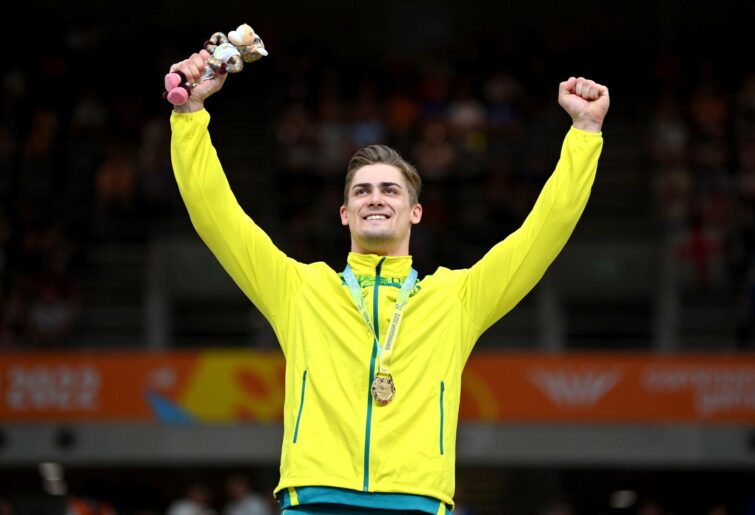 In team sports, Australia’s women’s Twenty20 cricket team completed an undefeated campaign despite suffering two major scares against India – first in the pool match, followed by in the final.

In the first pool match, the Aussies were staring down the barrel of a shock defeat at 5/49, and at one stage needed 89 runs to win from 10 overs chasing 155 for the victory.

However, they were able to bat their way out of trouble, with Ashleigh Gardner raising an unbeaten half-century and Alana King batting the winning runs in the final ball of the penultimate over for a three-wicket win.

In between, they enjoyed convincing wins over Barbados and Pakistan by nine wickets and 44 runs, respectively, bowling the former team out for just 64 and then requiring only 49 balls to reach the target for the loss of just one wicket.

Victory over New Zealand then guaranteed the Aussies a place in the final, and a rematch with the Indians, where after winning the coin toss they racked up a score of 8/161 with Beth Mooney scoring 61 runs from 41 balls.

And despite a late surge by the Indians, whereby they needed just 11 runs in the final over for the victory, two late wickets from Jess Jonassen at the death saw them bowled out for 152, giving our cricketers a historic first Commonwealth Games gold medal in the sport.

Mooney ended the tournament as the leading runscorer with 179 runs from the five matches, a tally which also included two fifties.

It means they now hold the Twenty20 World Cup, the One Day International World Cup and the Commonwealth Games gold medal simultaneously, cementing them as the most dominant women’s cricket team on the planet.

Four years after being pipped at the death by England, our netballers exacted revenge on the Roses with a semi-final victory, which was followed by a four-goal win over Jamaica in the final, which also avenged a shock loss to the Sunshine Girls earlier in the tournament.

It was a win of historic proportions as it earned us our 1000th Commonwealth Games gold medal dating back to the very first Games in 1930, the only one in which we did not finish in the top three.

The Diamonds’ victory bodes well for their World Cup campaign next year, where they will be chasing more redemption after losing to New Zealand in the 2019 final – coincidentally by the same scoreline by which they lost to England in the 2018 gold medal match (52-51).

Another team that successfully sought redemption for its loss on the Gold Coast four years ago were our women’s rugby sevens team, who defeated Fiji in the final by the score of 22-12.

Our men didn’t fare well, failing to medal after losing to New Zealand in the bronze medal playoff.

Despite not conceding a goal in the pool stage, the Hockeyroos were beaten 2-1 by England in the gold medal match, settling for silver for the second straight games, while the Kookaburras were still to play their gold medal match against India. 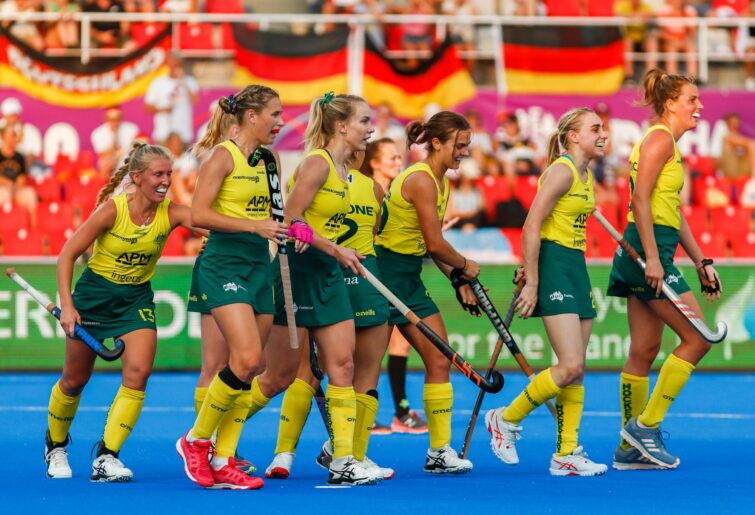 The male pairing of Paul Burnett and Chris McHugh teamed up to win the gold medal in the beach volleyball, but our female pairing of Mariafe Artacho del Solar and Taliqua Clancy were not so lucky, losing to the Canadian pairing of Melissa Humana-Paredes and Sarah Pavan.

Those were just some of the highlights from what was another successful Commonwealth Games campaign by Australia, in which most of our heroes from Tokyo replicated (or even bettered) their feats in Birmingham.

With the Games over for another year, the focus now turns to what will be our third home Games this century, to be held in regional Victoria in four years’ time, with events to be spread across four areas – Geelong, Ballarat, Bendigo and Gippsland.

The opening ceremony will be held at the Melbourne Cricket Ground – as was the case when Melbourne hosted the Games in 2006 – but other than that metropolitan Melbourne will not host any other events.

It’s widely expected the event will show just how far the people of Victoria have come from the COVID-19 lockdowns which severely paralysed the state in recent years, including a 112-day marathon lockdown in 2020.

That will be the forerunner to the Summer Olympics returning to our shores in 2032, with a redeveloped Gabba to be the centrepiece of Brisbane’s Games in a decade from now.

Before all that, though, our athletes will be back on the world stage in just under two years from now, when Paris hosts the 2024 Summer Olympics.

To finish off, congratulations to all our athletes who have conquered the Commonwealth once again, and the countdown is now on to March 17, 2026 when we welcome them all Down Under for what promises to be “a Games like no other” in regional Victoria.