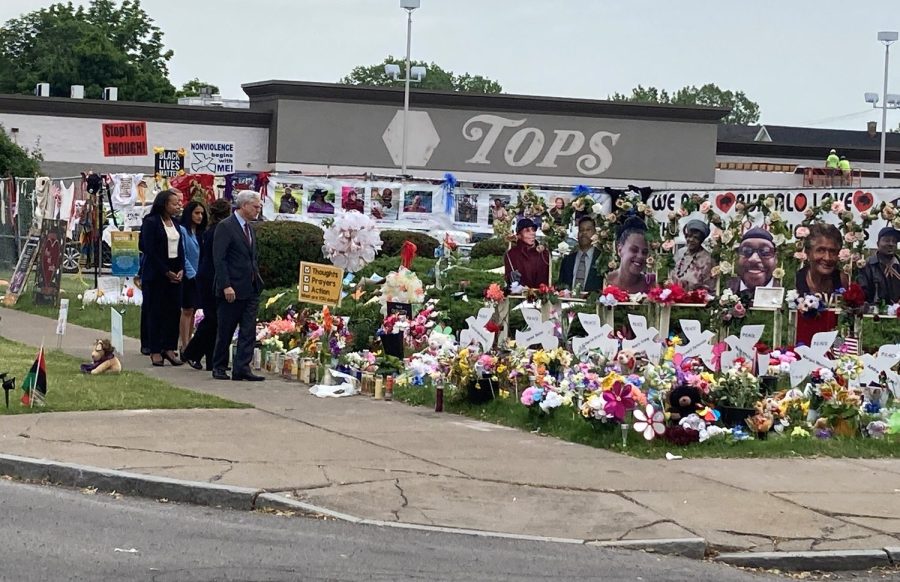 (Community representatives and elected officials have gathered for a moment of silence of prayer outside the store. Live coverage of this and a preview of the renovated store can be seen in the video player above)

BUFFALO, N.Y. (WIVB) — The man charged with the mass shooting at the Tops on Jefferson Avenue has been indicted on 27 counts.

The federal indictment came down on Thursday, exactly two months after 10 people were killed and three others were injured. Every person killed was Black and the accused shooter is a suspected white supremacist.

Payton Gendron, who is now 19, has been indicted on the following:

“Today, a grand jury has indicted Payton Gendron with hate crime and firearms offenses following the horrific attack on the Black community of Buffalo that killed 10 people and injured three others on May 14, 2022,” Attorney General Merrick B. Garland said. “The Justice Department fully recognizes the threat that white supremacist violence poses to the safety of the American people and American democracy.  We will continue to be relentless in our efforts to combat hate crimes, to support the communities terrorized by them, and to hold accountable those who perpetrate them.”

In the indictment, prosecutors say there are “special findings alleging, among other things, that Gendron committed the offense after substantial planning and premeditation to commit an act of terrorism.”

If the accused shooter is convicted of the charges against him, he could spend life in prison and receive the death penalty. The Attorney General will decide whether or not to seek the death penalty at a later time, federal prosecutors said.


How to help those affected by the Buffalo mass shooting

Since the mass shooting took place, Garland, as well as President Joe Biden, Vice President Kamala Harris and Governor Kathy Hochul have visited the memorial site outside the store.

The store, which will reopen on Friday, has undergone of a series of changes. New safety measures included in the renovated store are:

Freddy’s Panthers obsession is what cost the Blues Origin

KHN’s ‘What the Health?’: Life After ‘Roe’ Is … Confusing