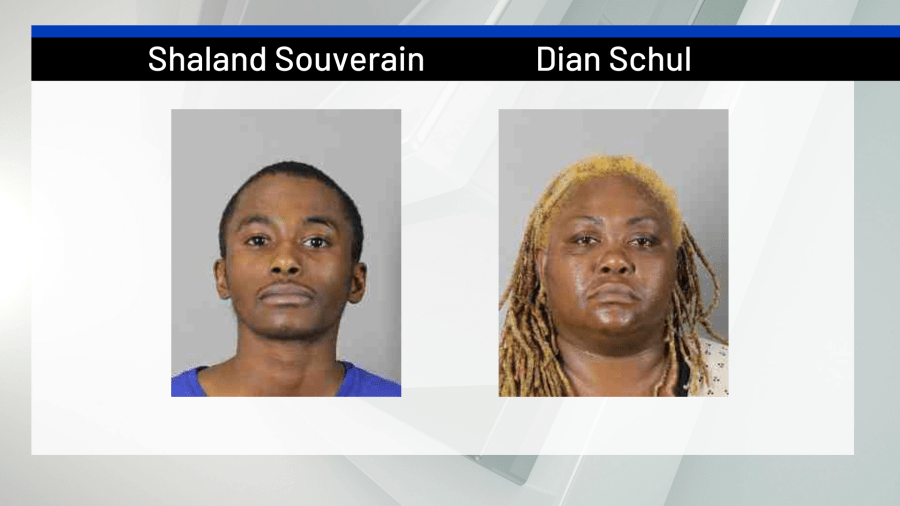 BUFFALO, N.Y. (WIVB) — An Amherst man is facing a slew of charges, including kidnapping after being accused of abducting his toddler from an Erie County Social Services office during a supervised visit.

22-year-old Shaland S. Souverain abducted his 4-year-old child from the Erie County Department of Social Services office on Union Road in Cheektowaga on March 10 around 11:01 a.m., according to the Erie County District Attorney’s Office.

It’s alleged that Souverain kidnapped his son while knowingly violating an order of protection.

A Child Protective Services employee chased after Souverain and tried to stop him from leaving the building with the 4-year-old, the DA’s Office added. The 22-year-old allegedly pushed the employee to the ground while getting into his vehicle. The CPS worker got up and tried to block Souverain from leaving the parking lot but was allegedly hit by the vehicle when the 22-year-old fled the scene.

The CPS employee was taken to Erie County Medical Center by ambulance for treatment of injuries to his arm and side. His current condition is not known.

Police tracked down Souverain, locating him at his Amherst apartment in the 200 block of Travers Circle. After close to a five-hour standoff, he was taken into custody.

The 4-year-old was uninjured and returned to the custody of Erie County Child Protective Services.

He’ll be back in court on August 16 at 2:30 p.m. for a pre-trial conference and remains held without bail.

The 22-year-old could spend a maximum of 25 years in prison.

Souverain’s mother, Dian Schul, 46, of Amherst, is facing felony charges for her alleged role in the kidnapping.

Schul was allegedly inside the Travers Circle apartment when Souverain came home with the child and knew of that existing Court order preventing her son from having custody of the child, the DA’s Office said.

It’s further alleged that she aided in the kidnapping by refusing to comply with police commands, telling law enforcement to leave during the five-hour ordeal.

She was charged with second-degree kidnapping, one count of first-degree custodial interference and one count of endangering the welfare of a child.

Schul and her son were arraigned on their respective charges on July 27.

Bail was set at bond or partially secured bond.

Why the Eels must win on Friday

Lido Votes to Sell 1% of Treasury to Dragonfly Capital