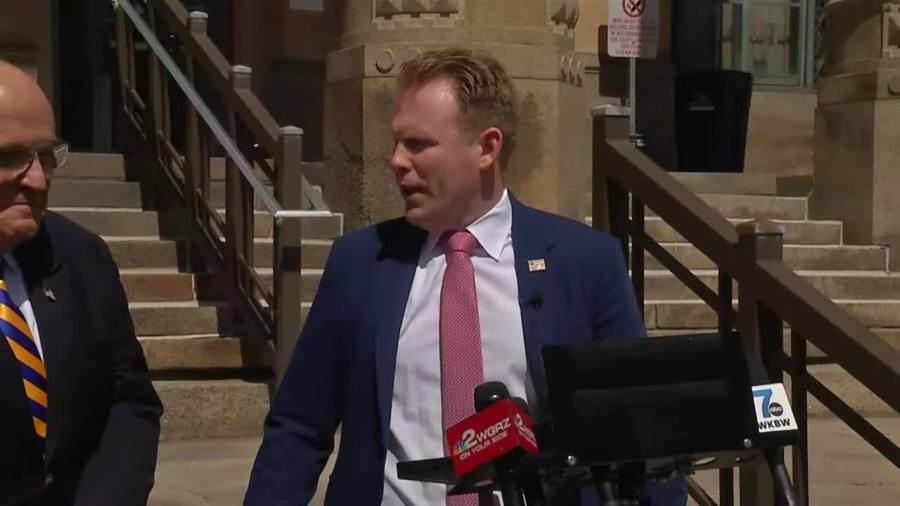 Tensions between the Giulianis and reporters were high during parts of the conference, with Andrew at one point telling media at the scene, “You guys are in bed with the Democratic Party message.”

One of the first topics Andrew Giuliani addressed ahead of the June 28 primary was education. He says he wants all families in New York to have the opportunity, if they choose to, to send their children to schools outside the public education system, including private and parochial schools.

“Our kids deserve far better than they’re getting, from an education perspective,” he said.

On the topic of education, he also spoke about the Parental Rights in Education law recently signed by Florida Governor Ron DeSantis, which The Associated Press says “forbids instruction on sexual orientation and gender identity in kindergarten through third grade.”


How will we dispose 700k gallons of NYS sanitizer?

“I think it’s obvious that our children have been taught, I would say, hypersexualization at a very early age,” Giuliani said. “That’s something that I’m really pushing, to make sure those kids can maintain their innocence. Like I said, when I think about my daughter, I want her to have a childhood. I don’t think that at 6, 7, 8 years old, they should be taught about sex at that age. They should have innocence.”

Giuliani also discussed his inability to be on stage in a recent debate between candidates for governor, due to not being vaccinated against COVID-19.

“I believe that all of these COVID mandates, which have come down from the last two governors and the last health commissioners, should go in the ashbin of history on day one, and anybody who’s lost their job because of said COVID mandates should get their job back on day one with back pay,” he said.

Giuliani responded to a question about the new gun legislation passed in wake of the mass shooting at the Tops store on Jefferson Avenue in Buffalo, where 10 people were killed.

“I think, very simply, if you actually, the police had the resources necessary to hold this guy, if you look at the red flag laws that were on the books at the time, this guy never should have actually had a weapon,” he said.

Giuliani says he has proposed $5 billion for “refunding of our police.”

Statements in support of former president Donald Trump came from both men, with Rudy Giuliani saying Trump “has to be re-elected at some point.”

Watch the entire conference in the video above.

How far can Brown take them?

How to Start Saving Money