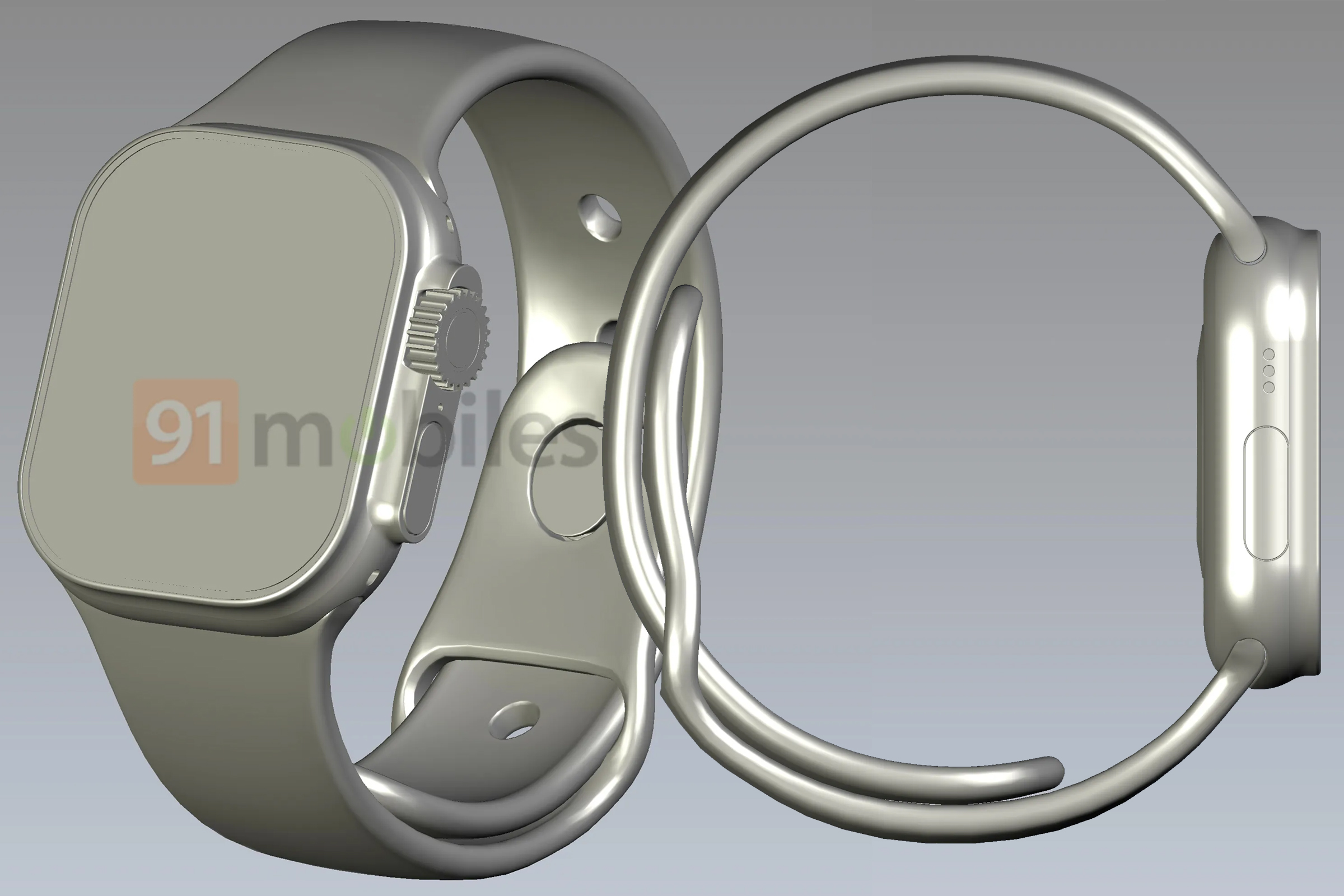 Apple is planning to launch a brand-new Apple Watch model at its Far Out event on Wednesday, and according to the latest rumors, it’s going to be the biggest ever change to Apple’s wearable.

91Mobiles has published purported CAD renders of the Apple Watch Pro and there are several new features. The main difference is the size, which looks to be significantly larger with very slim bezels. Rumors have said the new watch could be between 48mm and 50mm. It’s difficult to get a real sense of just how big the watch is based on the diagram, but it has a noticeably larger frame.

The Digital Crown remains, but it’s now positioned on a raised platform with the microphone and side button. On the left side is the speaker and what appears to be a new button. The sides of the watch are still rounded, and the body appears to be quite thick as compared to the current models.

In a follow-up tweet, Mark Gurman wrote that “the new button on the left side is probably programmable to do whatever you want. For instance, launching a specific app, feature or workout.”

The Apple Watch Pro is expected to have a larger battery and extra fitness features as well as a higher price tag that could start as high as $899. It could be unveiled as a “One More Thing” at the Far Out event on Wednesday.

How to use the new Passkeys on your iPhone, iPad, and Mac