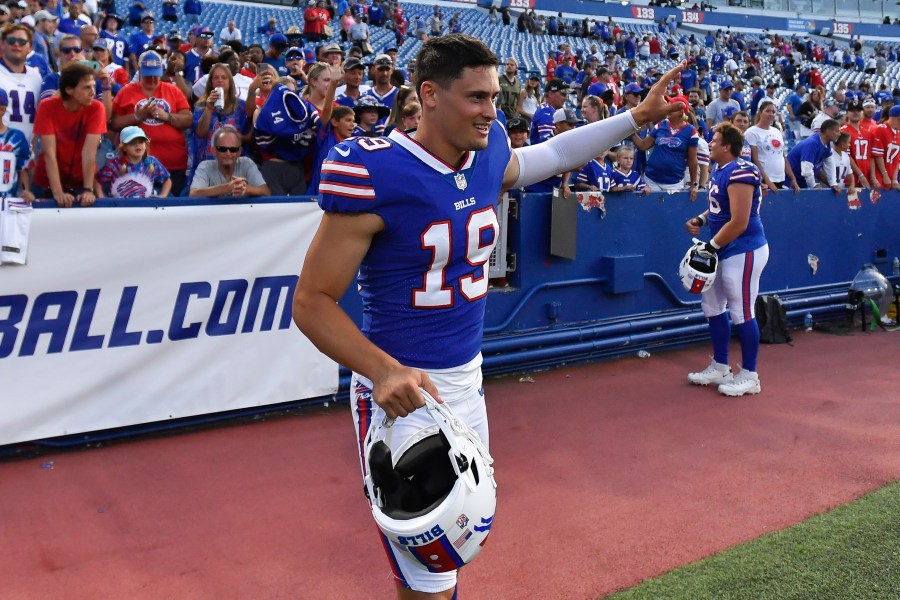 BUFFALO, N.Y. (WIVB) — Journal entries that are believed to be written by Bills punter Matt Araiza’s accuser in the days followed the alleged incident were released on Twitter by the girl’s lawyer on Friday.

Dan Gilleon, who represents “Jane Doe” in the civil suit, tweeted four images of the journal, with the accuser’s thoughts along with a timeline of events.

It begins: “I feel sick in the head. I told the police today what they did to me and I felt like I was no help at all. I can barely even remember.”

She goes on to say that she feels “guilty” and wondered if she “could have prevented it.”

She later includes an alleged timeline of the events that took place and described her piercings being gone. Similar events are described in the complaint, which was publicly released on Thursday.

Matt Araiza released a statement on Friday: “The facts in this incident are not what they are portrayed in the lawsuit or in the press. I look forward to quickly setting the record straight.”

Araiza and two other San Diego State University football players are accused of raping the then-17-year-old girl at a party in October 2021. Araiza is not playing in Friday’s preseason game.