As Jan. 6 hearings resume, here is what to watch for 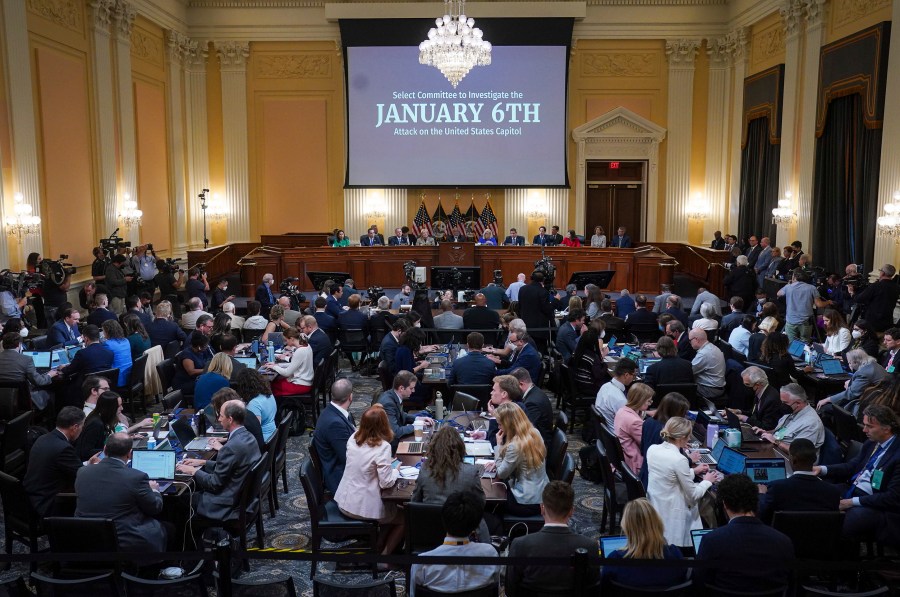 (NewsNation) — The House committee investigating the Jan. 6, 2021 attack on the U.S. Capitol is set to hold its third hearing in a series on Thursday.

The hearing is scheduled to take place at 1 p.m. ET and is expected to focus on the pressure former President Donald Trump put on his vice president, Mike Pence, to stop Joe Biden’s election victory.

In a last-ditch and potentially illegal plan, Trump seized on the unorthodox proposal from conservative law professor John Eastman to have Pence turn back the electors when he presided over Congress to certify the election results on Jan. 6, 2021 — something he had no power to do in his ceremonial role.

Thursday’s session is also expected to divulge new evidence about the danger Pence faced that day as the mob stormed the Capitol shouting “hang Mike Pence!” with a gallows on the Capitol grounds as the vice president fled with senators into hiding.

NewsNation will live stream the hearing in a video player at the top of the page.

The committee postponed its Wednesday hearing. Rep. Adam Kinzinger, one of two Republicans on the panel, tweeted the delay was designed to space out the hearings.

The committee announced that it would hold two hearings next week — one on June 21 and another on June 23 — both scheduled to start at 1 p.m. ET.

In its second public hearing on Monday, the House select committee focused on how Trump refused to accept the results of the democratic process.

NewsNation political editor Chris Stirewalt discussed Monday’s hearing and his testimony in an exclusive interview with Leland Vittert, blaming both parties for allowing hyper-partisanship, and the pursuit of political power, to drive decision-making in the wake of the 2020 election.

During his testimony, Stirewalt explained the term “red mirage,”  — an observation that Republican voters are more likely to cast in-person ballots, which are often counted earlier on Election Day.

Also on Monday, Trump issued a 12-page rebuttal to testimony and evidence presented by the committee.

The committee launched its series of hearings last week in a prime-time spectacle meant to showcase the committee’s initial findings gathered over an 11-month investigation.


Stirewalt: ‘Both parties refuse to do the necessary thing’

As he mulls another White House run, Trump insists the committee’s investigation is a “witch hunt.” Last week he said Jan. 6 “represented the greatest movement in the history of our country.”

The Jan. 6 hearings have been decried as “political theater” by the GOP, and while there are some strong allegations being made by some of those testifying, the question in many viewers’ minds is whether any actual charges could come out of the proceedings.

The Associated Press contributed to this report.