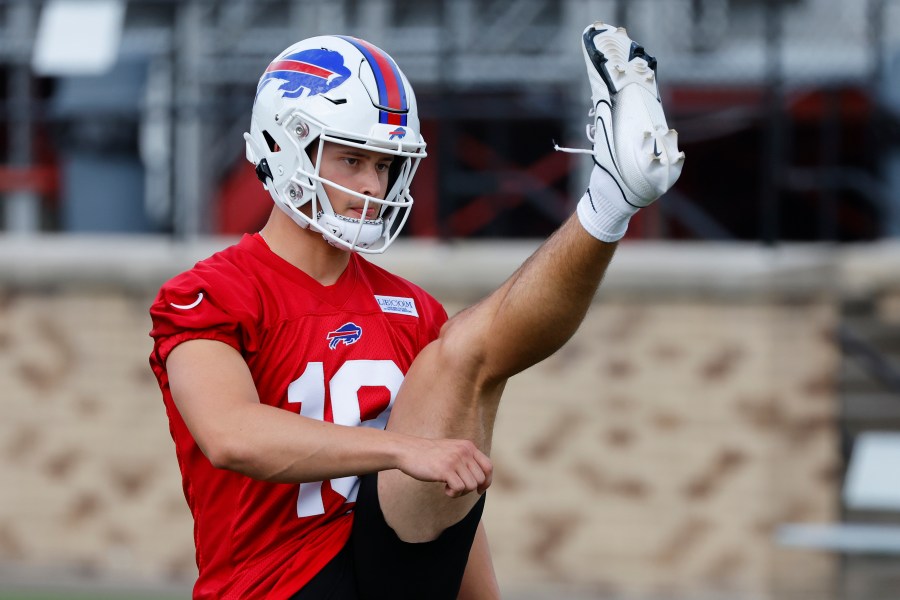 ORCHARD PARK, N.Y. (WIVB) — The lawyer of the girl who accused Bills rookie punter Matt Araiza of rape at a party at San Diego State University in October 2021 when she was 17 years old says that Araiza’s lawyer reached out to him on behalf of his family about a settlement.

Dan Gilleon, who is representing the plaintiff, tweeted several screenshots of text message exchanges on Thursday night between himself and Kerry Armstrong, Araiza’s lawyer.

Gilleon confirmed that the Bills were made aware of the allegations as recently as the end of July, when he emailed team representatives. Fellow punter Matt Haack was released on Monday, indicating that Araiza had won the job of starting punter.

Gilleon previously tweeted, “Kerry Armstrong [Araiza’s lawyer] is calling my client’s lawsuit a ‘shakedown,’ but he offered money before his client was a Buffalo Bill and we ignored the offer.”

“We were recently made aware of a civil complaint involving Matt from October 2021,” the Bills said in a statement. “Due to the serious nature of the complaint, we conducted a thorough examination of this matter. As this is an ongoing civil case, we will have no other comment at this point.”

The Bills drafted Araiza in the sixth round of the 2022 NFL Draft last April. They play their final game of the preseason on Friday night.