Back to school questions answered with Niagara Falls superintendent 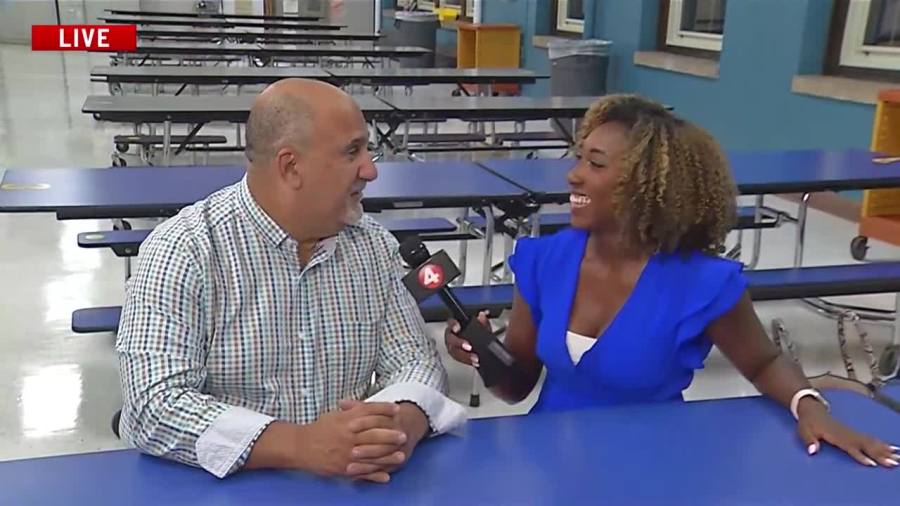 NIAGARA FALLS, N.Y. (WIVB) — With students in the Niagara Falls school district starting Tuesday, News 4 checked in with their superintendent.

We asked if the rise of inflation has impacted the districts school lunches. Mark Laurrie, Niagara Falls Superintendent, said that inflation has not affected lunches because they have community eligibility. This means, because of the poverty level within the district, all of their students get free lunches. Inflation has affected the Niagara Falls school district in other ways, however. Because of the rise — especially in the price of fuel — they’ve had to increase teachers’ pay.

What has effected school lunches is supply chain shortages. The district has not been able to receive many items on their menu, including one of students favorites — pizza crusts. Due to this issue, they will not be able to provide as much variety to meals as they would like.

Another major issue schools across the nation are facing is the bus driver shortage. To combat this crisis, Niagara Falls schools will be starting their high school students 25 minutes earlier, so buses can pick them up and then circle back around on their routes for the younger students. This plan was the solution that made the most sense, even though having high schoolers start earlier “is counterintuitive to research,” according to Laurrie. Educational studies have shown high school students perform better with a later start, so they can sleep more.

Chelsea Lovell is a traffic anchor and reporter from Queens who joined the News 4 team in 2022. See more of her work here and follow her on Twitter.

Playing the Merge: How to Get Free Money From Ethereum’s PoS Upgrade