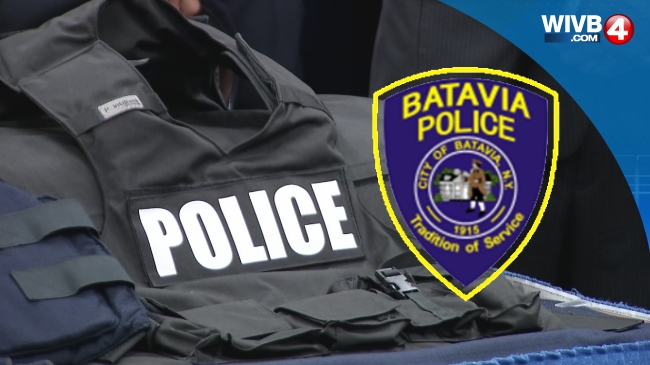 BATAVIA, N.Y. (WIVB) — Batavia Police were dispatched to a house on S. Jackson Street on Friday around 2 a.m. after an SUV crashed into the building. Batavia Fire also reported to the scene.

Initial witness reports indicated that four of the eight occupants of the vehicle, including the driver, fled the scene on foot. The other four remained on scene, one of whom had minor injuries.

A Genesee County Sheriff’s K9 responded to assist in the tracking of the individuals who fled.

After speaking to witnesses, investigating debris and video surveillance footage, police believe the vehicle, a 2017 Toyota 4Runner, sped eastbound on Chestnut Street, ran the stop sign at Chestnut and S. Jackson streets and failed to turn.

Then, the vehicle reportedly crossed into the westbound lane on S. Jackson Street, struck the curb and hit a National Grid pole, shearing the pole in two spots, as well. It traveled an additional 100 feet before hitting the front porch of the residence.

The passenger with a minor injury was taken to United Memorial Medical Center by Mercy EMS. The other passengers were taken to UMMC for evaluations by private vehicles.

All eight occupants have been identified and the crash remains under investigation. According to police, most of the occupants of the vehicle were minors, including the alleged driver. Batavia Police also believe alcohol and marijuana were contributing factors to the crash.

Batavia Police urge anyone with additional information to contact Officer Girvin at (585) 345-6350.