Eddie Betts has called on all AFL clubs to review their historical treatment of First Nations players amid the fresh racism furore that has engulfed the competition.

Indigenous champion Betts said he was saddened but not surprised to learn of racism claims at Hawthorn, detailed in an independent report commissioned by the club and published by the ABC.

Betts said some of the allegations, which were described as “sickening” by the federal government, reminded him of the Stolen Generation. They include one player alleging Hawthorn coaches told him and his partner to terminate a pregnancy and separate so the player could focus on football

“This could happen at any football club,” said Betts on Fox Footy.

“And I think that every football club should do a review like this.

Betts, who has publicly detailed his own experiences of racism in the AFL system and in life, praised the unnamed players’ bravery in speaking up as part of the Hawthorn review.

“It was a tough read, reading that today, but I wasn’t surprised, to be honest,”said Betts.

“Aboriginal people, we’re not surprised as well, (because) we face these issues in many systems – in the education system, in the justice system, in the health system.

“It always comes back to what I’ve been preaching a lot, and that’s education.”

The allegations have cast doubt over the coaching futures of Alastair Clarkson and Chris Fagan, with the AFL set to outsource an investigation into claims which centre on the pair’s time at Hawthorn. Clarkson will delay starting his fresh appointment as North Melbourne coach, which was scheduled to begin on November 1, while Fagan has taken leave from Brisbane.

Both men are co-operating with the league’s investigation, but Clarkson issued a statement on Wednesday refuting any wrongdoing. The AFL said both coaches would be afforded “natural justice” by an independent panel.

Hawthorn’s Indigenous great Shaun Burgoyne says he was unaware of “confronting” racism claims while at the AFL club. Burgoyne, the first Indigenous footballer to play 400 AFL games, says he was shocked to read media reports on Wednesday detailing alleged racism at the Hawks.

“It’s very confronting to be honest, to see that and hear that, because I had no knowledge of those instances ever happening,” said Burgoyne to a grand final luncheon in Melbourne on Wednesday. 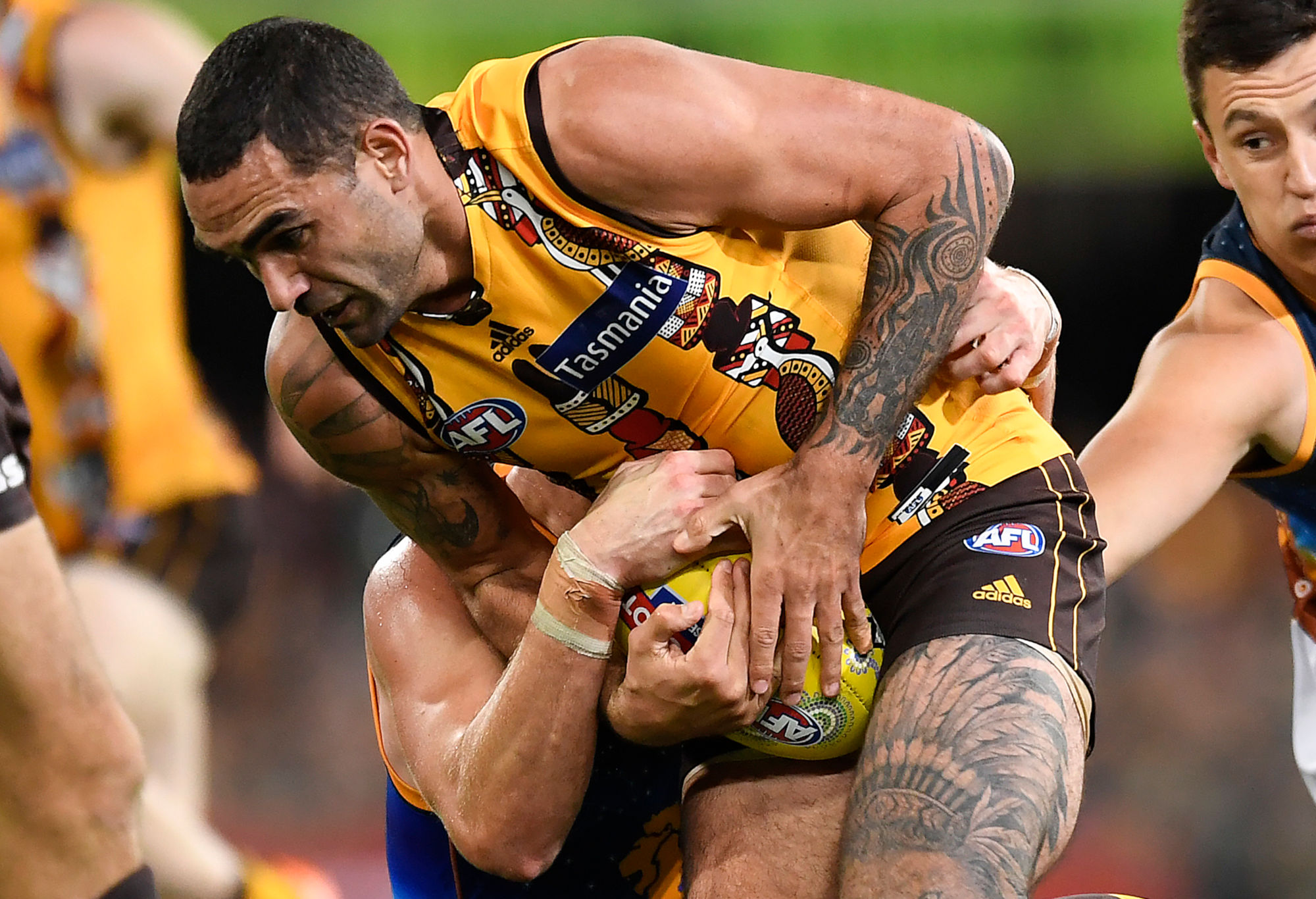 “I was never involved. I was never asked. This is the first I’ve heard of it.

“So it’s very confronting, considering I was there and I wasn’t involved in any of it. Because I would have helped and I would have definitely been able to hopefully prevent some of those things from happening.”

Burgoyne played for Port Adelaide from 2001 to 2009 then joined the Hawks from 2010 until retiring last year
The ABC reported on Wednesday that a former Hawthorn Indigenous player alleged he was told by ex-coach Alastair Clarkson to terminate his partner’s pregnancy.

The player said a group of coaches including Clarkson and Chris Fagan also urged him to break up with his partner, the ABC reported.

Clarkson, who has released a statement denying any wrongdoing, has delayed starting as North Melbourne’s new coach from November 1. Fagan has taken leave as Brisbane coach as the AFL launches an independent investigation into the claims.

Clarkson was Hawthorn’s head coach from 2005 and 2021, while Fagan was an assistant coach and general manager of football at the club from 2008 to 2016, before being appointed Brisbane coach in 2017 Hawthorn earlier this year held a review into claims of historic racism at the club. The review was performed by external First Nations consultants who did not speak with Clarkson or Fagan. 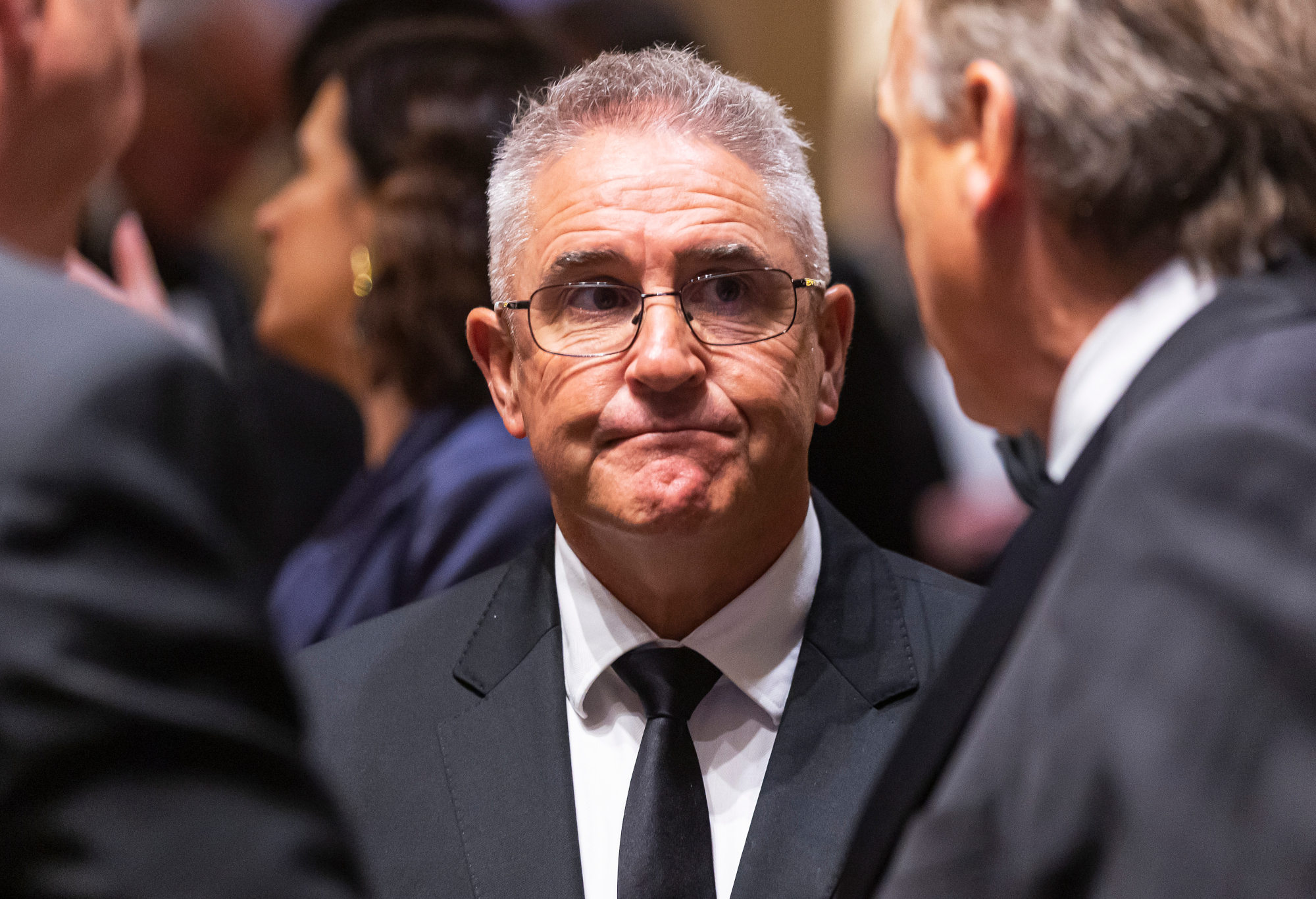 “This process was … to speak purely to our First Nations past players and staff,” Hawthorn chief executive Justin Reeves told reporters on Wednesday.

“We had no idea what was to come out of those conversations so we didn’t speak to anyone outside of that group.”

Hawthorn’s current coach Sam Mitchell, who played for the club between 2002 and 2016, said the ABC report was “enormously troubling”.

“I’m torn in a thousand different directions, to be honest,” said Mitchell at the same luncheon as Burgoyne.

“I’m very much like everyone else, I got a heads-up yesterday that something was coming out.

“And when I woke up and read it this morning I was upset … the word disturbed was probably accurate.

The journalist who broke the disturbing story on Wednesday has hit back after questions surrounding his investigation were discussed on Channel 9’s Footy Classified.

ABC’s Russell Jackson, was angered by suggestions his reporting was not accurate regarding Fagan’s involvement, taking direct aim at Eddie McGuire.

Caroline Wilson revealed on the panel Fagan’s different version of events from one of the most confronting claims.

“Chris Fagan and people close to him are not sure he was actually at the meeting, and I think Chris Fagan has told the Brisbane Lions that he doesn’t recall it,” said Wilson

“My understanding is that it was sent to Brisbane to the general number on the email,” replied McGuire

“But he still contacted them,” said Wilson

“So you’re saying the journalist did go to Fagan and ask the question? Because that’s journalistic rigour isn’t it? To be given the opportunity so they would have known today this isn’t a shock, because he would have left a message, ‘I’m ringing in’,” added Ross Lyon

“I think it’s important they were all aware …”

“They were all contacted,” added Wilson.

“The truth will come out, so obviously there are different versions of events. As we keep saying they’re allegations, but both those men were part of the three premierships in a row and one a few years earlier that Clarkson was also involved in — they’ve (the flags) been tainted in my view.

“So much went on behind the scenes, to hear the captain (Luke Hodge) say he had no idea it was going on. Even close teammates said they had no idea. What goes on at football clubs and how much do people ever really know?”

Essendon legend Matthew Lloyd added: “Interesting though it says Chris Fagan was in the room, Chris Fagan is saying he doesn’t know and wasn‘t there. That’s how tricky and difficult a situation this is.”

Hall of Fame legend John Nicholls will present the Jock McHale Medal to the winning coach at the AFL grand final.

The Carlton great will have the honour 50 years after leading the Blues to the 1972 VFL premiership as captain-coach.

Nicholls will present the medal to either Geelong’s Chris Scott or Sydney’s John Longmire, with both men chasing their second premiership as coach.

“I’ve always regarded myself as a very loyal VFL and AFL person and if I get asked to do these things, you do them.”

Nicholls could not split Geelong and Sydney, who will do battle for the second time this season.

The Swans won the teams’ first meeting by 30 points, way back in round two, but the Cats finished the regular season two games clear at the top of the ladder.

“Geelong are the favourites, but Sydney in the last four or five games have been unbelievable.

“I wouldn’t choose one team over the other as I respect both teams so much.”

All Blacks make four changes, Cadeyrn Neville back for Wallabies