Title favourites Rafael Nadal and Iga Swiatek have both successfully navigated their way through to the third round of the US Open, while another big name has crashed out in the women’s draw.

For the second consecutive match, Nadal overcame a poor start, dropping the first set of his match against Italian firebrand Fabio Fognini, and faced the prospect of going down by two sets to love when he trailed 2-4 in the second set.

However, the Spaniard would display all the fighting qualities that have defined his near-two-decade career, winning the final four games to win it by 6-4 and level the match at a set apiece.

From that point the 36-year-old lost only three more games as he ground his way to a four-set victory, exacting some revenge for a painful loss to the Italian in 2015, in which he threw away a two-set lead and lost in five for the first (and so far only) time at a Major.

His four-set win came despite 37 unforced errors, and, by his own admissions, “one of the worst starts, probably ever”.

It is worth noting, though, that Nadal has had worse starts before, once losing the first set of a Wimbledon final by 6-0 against Roger Federer in 2006; that year ranks as the Swiss Maestro’s most dominant seasons ever. 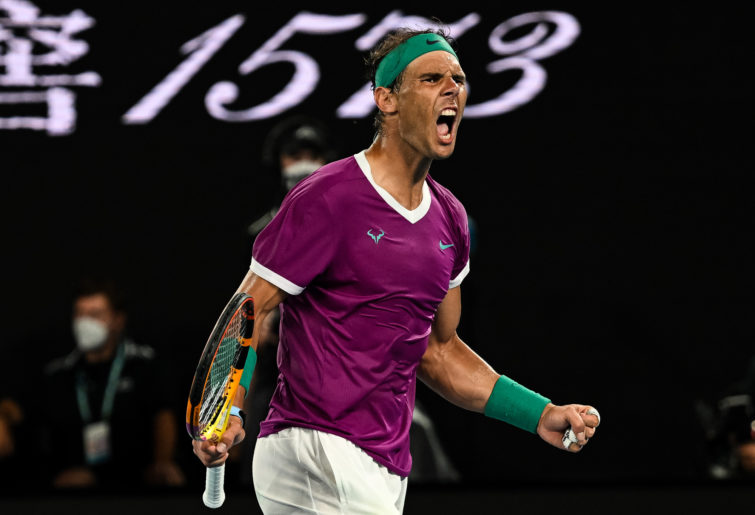 The King of Clay’s next task is facing French veteran Richard Gasquet, against whom he is a perfect 17 from 17, including twice at the US Open, in the first round in 2009 and in the semi-finals in 2013.

Earlier in the day, another Spaniard with similar traits to Nadal, Carlos Alcaraz, bulldozed his way into the third round with another straight-forward victory, this time over Federico Coria.

After Alcaraz raced through the first two sets for the loss of just three games, the 19-year-old with bright future prospects was challenged in the third, being stretched to 7-5 but still winning in straight sets in two hours and 12 minutes.

He next faces unseeded American Jenson Brooksby in the third round and remains on track to face 2014 champion Marin Cilic in the fourth round, and his childhood idol Nadal in the semis.

While it was a successful day for the two Spanish men separated in age by nearly 17 years, it was not so for women’s fourth seed Paula Badosa, who capped off a dismal year at the Majors after going down to Croat Petra Martic in three sets.

The 24-year-old took the first set in a tiebreak but could only muster three games thereafter, the result meaning she remains yet to progress past the second round at Flushing Meadows.

It is also the sixth straight Major in which she has failed to reach the quarter-finals, and her departure also came 24 hours after second seed Anett Kontaveit and third seed Maria Sakkari bombed out on Day 3.

While there was disappointment for Badosa, another Spaniard, Garbine Muguruza, continued her fine run through the draw with a straight-sets thrashing of Czech qualifier Linda Fruhvirtova to advance to the third round for the second straight year.

She next faces fellow two-time Major champion Petra Kvitova, seeded 21st, after the 32-year-old received a walkover into the third round when her opponent Anhelina Kalinina withdrew due to illness.

Sixth seeded Aryna Sabalenka came back from the brink in her match against Estonian veteran Kaia Kanepi, coming from 2-6, 1-5 down and 2-5 in the second set tiebreak, and saving two match points to claim a miraculous three-set victory, 6-4 in the third.

Earlier, there were no such troubles for top seed Iga Swiatek, who dismissed 2017 champion Sloane Stephens on Arthur Ashe Stadium and is now the highest seed remaining in her section of the draw. 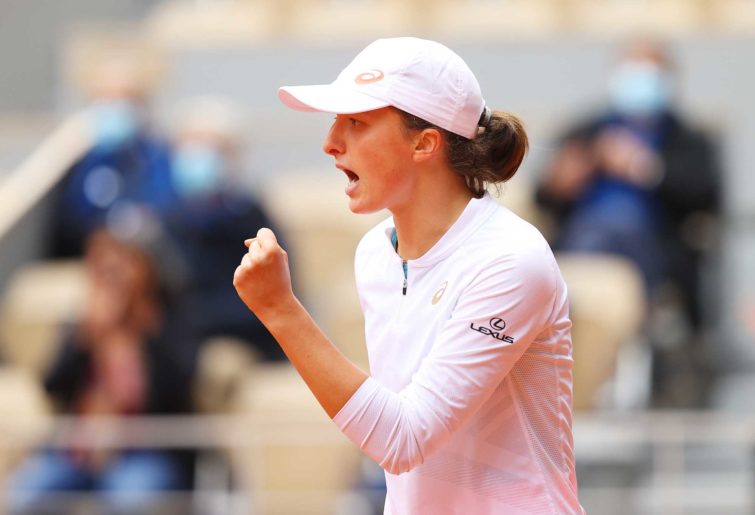 The reigning French Open champion next faces another American, Lauren Davis, who was bageled in the first set yet came back to defeat Ekaterina Alexandrova in three sets, claiming victory in the final set super tiebreak, 7-6 (10-5).

There were also victories for American pair Jessica Pegula and Danielle Collins, the latter backing up her triumph over two-time champion Naomi Osaka with another straight-forward win over Spanish qualifier Cristina Bucsa.

Not only will we see the first clash of seeds when the third round gets underway this morning (AEST), it promises to be a huge day for those lucky enough to get a ticket into Arthur Ashe Stadium for either the day or night sessions.

It is Croat-turned-Australian Ajla Tomljanovic who faces, possibly, the most daunting task of her career as she takes on the game’s greatest player in front of nearly 30,000 fans in the largest tennis stadium in the world.

She has previously faced the likes of Victoria Azarenka, Ashleigh Barty and Garbine Muguruza in the past, defeating the latter at Indian Wells last year, but Williams will be the most highly credentialed opponent she has ever faced.

The highest seed remaining in the bottom half of the draw, Ons Jabeur, takes on Barty’s third-round conqueror from last year, Shelby Rogers, in the first match on Louis Armstrong Stadium, while Bianca Andreescu and Nick Kyrgios will feature in the night-time session.

The other remaining Australian left in the draw, 18th seed Alex de Minaur, faces 12th-seeded Spaniard Pablo Carreno Busta on the Grandstand, that match to be played in the twilight.

Matches to watch on Day 5

How SMEs can operate more efficiently