Bills Make me Wanna Give: Greg Rousseau sends the message to thank a healthcare hero 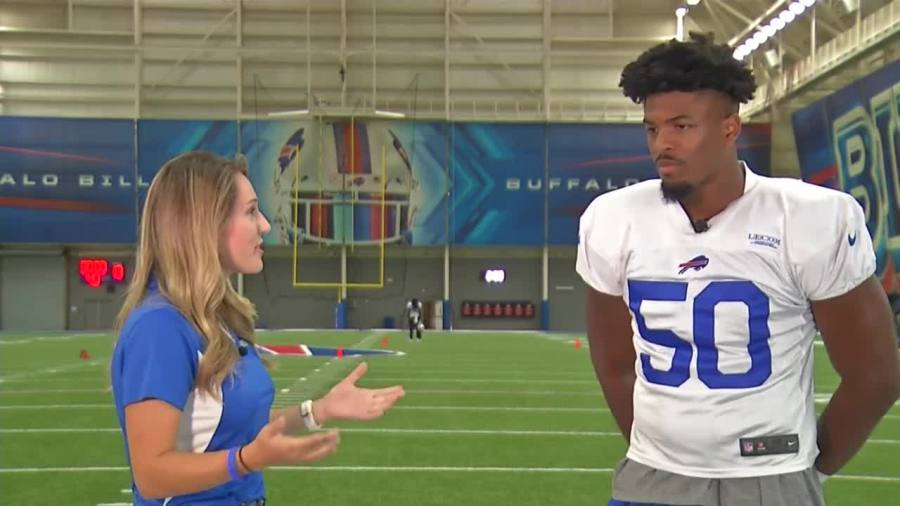 ORCHARD PARK, N.Y. (WIVB) — There’s something special about the Buffalo Bills and the fanbase that supports them. Not only is there an extreme amount of pride around the team, but everyone involved is interested in giving back to the community as well.

So every week of the NFL season, we’re going to focus on the charities and causes that each player supports. This week, we’re focusing on Greg Rousseau.

The defensive end talked about the importance of thanking our healthcare heroes. His mother has been a nurse since before he was born.

“I feel like nurses are like anything — whether it’s firefighters, policemen, people who make every day life more smooth for all of us — they’re a big deal and should be appreciated,”

He recently did a meet-and-greet with fans, in which he offered signed pictures and bobble heads for just $5. The line to get in wrapped around the block, and all proceeds went to Kaleida Health Foundation in support of nursing scholarships.

Rousseau has visited with patients at Kaleida hospitals since he joined the team in 2021.

Watch the full interview with Greg Rousseau above.

Next week, we’ll interview another player who has given back to this community. You can watch ‘Bills Make me Wanna Give’ Wednesday mornings on Wake Up!

Kelsey Anderson is an award-winning anchor who came back home to Buffalo in 2018. See more of her work here and follow her on Twitter.