BPS considers paying parents to drive their kids to school 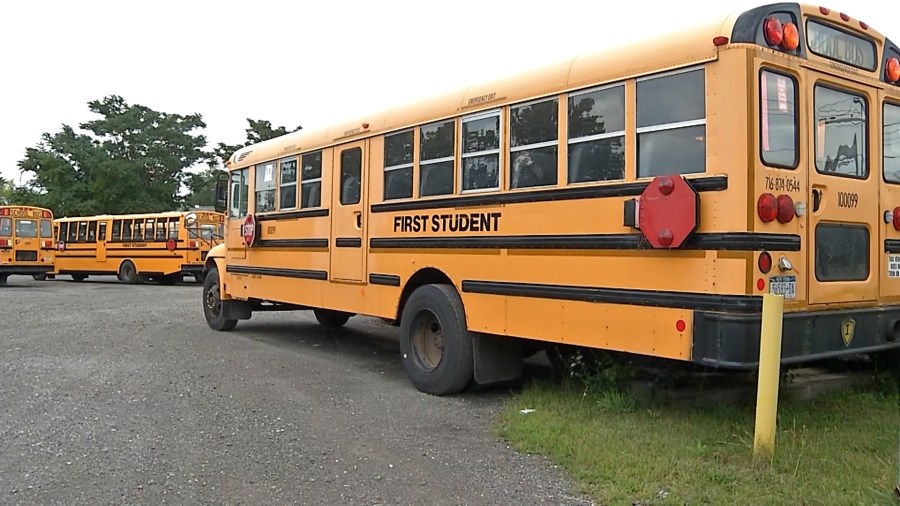 BUFFALO, N.Y. (WIVB) — The start of a new school year is just about a month away. Buffalo Public Schools are taking steps to try to address the shortage of school bus drivers. The district is considering whether to reimburse families who drive their kids to school and opt-out of school bus transportation.

If families participate, school bus routes would be consolidated, in hopes of addressing the school bus driver shortage, which is a national problem.

Other strategies that are being explored include consolidating school bus routes and having early release dates or later start times. The district wants families to fill out a transportation survey that will close on Monday. So far, 2,500 families have filled out the survey.

“That is probably not going to be the solution, it may be a solution, this really is going to be multiple approaches that are probably going to have an impact, so whether we move forward with reimbursing parents or not that’s still to be decided hopefully very soon,” said John González, Jr., associate superintendent of school leadership for Buffalo Public Schools.

The proposal to reimburse families for driving their kids to school would need to be approved by the Board of Education.

“With the transportation, if more parents are going to be driving does the district explore opening the schools earlier or continuing the programs a little bit later because often times that’s what we find that’s what parents need,” said Buffalo School Board president Lou Petrucci.

Families would be reimbursed 58 cents per mile — a rate that is set by the IRS. How those reimbursements would be made still needs to be worked out.

BPS says on average every student who takes the school bus spends two hours on the bus every day — sometimes longer during the winter. The district says it’s trying to reduce those commute times.

First student, which handles bus transportation for buffalo schools says at this point, they’re about 100 drivers short ahead of the new school year and are always seeking new drivers. The district is also in need of bus aides and has the goal of getting bus aides on every school bus this school year.

“It will be organized, but we need to make intentional decisions, we have to look at the data, we have to see if this is something that our parents even want is this really a viable option and so we’re going to be making decisions based on that,” said Dr. Tonja Williams, the Buffalo Schools superintendent.

Kia Telluride Gets Even Better for 2023