Brodie the buy of the year? Adams out of finals, Swan cops three-game ban

Star Fremantle AFL recruit Will Brodie says he endured some dark days at Gold Coast, but he still has some lifelong friends at the Suns.

Brodie was traded to Fremantle at the end of last season in what was effectively a salary cap dump for Gold Coast.

The 24-year-old was first drafted by the Suns with pick No.9 in 2016, but he managed just 25 games across five years before being shipped out.

Brodie always had a strong inner belief that he belonged at AFL level, but it wasn’t until he arrived at Fremantle that he was handed a proper chance to prove himself.

The 189cm midfielder has thrived under Dockers coach Justin Longmuir, averaging 27.6 disposals and 5.7 clearances per game in a breakout campaign.

Brodie, who will play his first AFL final when he lines up in Saturday night’s elimination stoush against the Western Bulldogs, was glad he ended up at Fremantle.

“There were certainly difficult times while I was at Gold Coast, there’s no doubt about that. Some dark days,” Brodie told AAP.

“But the thing that always kept me going was that belief that one day it would work out, that I did belong at the level.

“I still keep in touch with a lot of the playing group there (at Gold Coast), I love those boys.

“They were all super. I had some great mates there – even some leaders at the club – who understood the position I was in.

“Some were even saying that it would be within my best interests to move on as well.

“So everyone was understanding when I left, there were no hard feelings, and everyone was hopeful and excited for me to find somewhere new.”

“It was a really good group of blokes there that I will stay in touch with forever,” he said.

“We keep in contact throughout the whole year. A lot of group chats, a lot of banter, but a lot of love as well.”

Dew said opportunities for Brodie as an inside midfielder were limited due to the presence of Touk Miller, Matt Rowell, Noah Anderson and Dave Swallow.

Brodie is thriving at Fremantle, and he’s optimistic that a sustained period of success awaits the club. 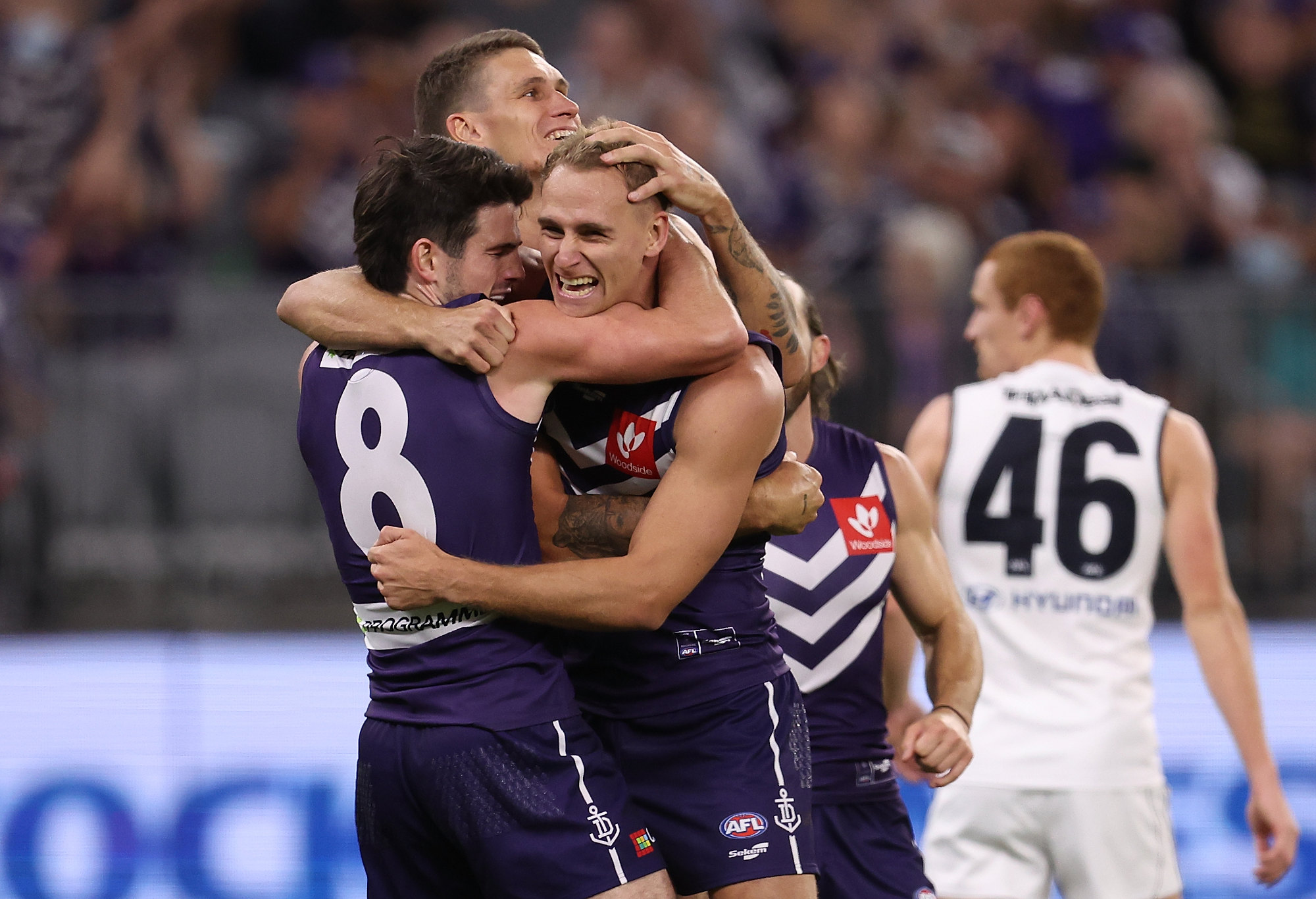 Sydney may be unable to call upon Peter Ladhams for their entire AFL finals campaign after the ruckman was hit with a minimum three-match suspension.

Ladhams, who has played 11 senior games this season, was charged with rough conduct over a crude hit on Casey’s Taj Woewodin in a VFL final at the weekend.

The incident was graded as high impact and high contact, resulting in a four-match ban that can be downgraded if Ladhams makes an early guilty plea.

Ladhams has not played at AFL level since round 17, but his absence would leave the Swans short if No.1 ruckman Tom Hickey became unavailable.

Sam Reid has provided ruck support for Hickey during Sydney’s march into a top-four spot.

Callum Sinclair played in the VFL at the weekend and could be called on but has not been seen at AFL level this year.

On Monday, the Swans confirmed Sinclair will retire at season’s end, along with Irishman Colin O’Riordan, who has called time due to a persistent hip injury.

Sydney coach John Longmire said at the time Ladhams would not make the same mistake again.

“He’s a 24-year-old who’s played 40 games, so he’ll learn from that,” Longmire said after the match.

“He’s still learning about his footy and he’s still developing as a player and he’s been good for us.

“He didn’t get that part of the game right, but we all learn from things like this.

“I’ve no doubt Peter will come through that and learn from it and be a better player because of it.”

Sydney take on Melbourne in a qualifying final at the MCG on Friday night, with speedster Tom Papley set to return if he passes concussion protocols as expected.

Brisbane’s daunting AFL finals campaign has taken another hit with concussed defender Marcus Adams ruled out for the rest of the season.

Adams was subbed off with a rib injury earlier this month against Carlton and experienced concussion symptoms in the following days.

The big-bodied defender has been unable to shake those effects, with a line drawn through his season on Monday, ahead of Thursday’s elimination final against Richmond.

“I’m hopeful for Marcus’ sake that he can make a full recovery, not from a football perspective, but just from a personal perspective,” Fagan told Fox Footy’s AFL 360.

“I was chatting to him tonight and his spirit seems quite good. It’s one of those unknown things as to what will transpire over the next weeks or months with it, but hopefully he comes good quickly.

“He’s in good hands and all the right things are being done as we speak.

“He’s worried about it. He’s optimistic that he’ll come right, which is great, but he’s also on the other hand, fairly nervous about it and hoping that he will come right.

“So it’s a bit of an unknown time for him I guess and a difficult time.

“We’ll wrap our arms around him as a footy club and make sure he gets all the help and expertise that he needs to hopefully get over this and first and foremost make a good recovery.” 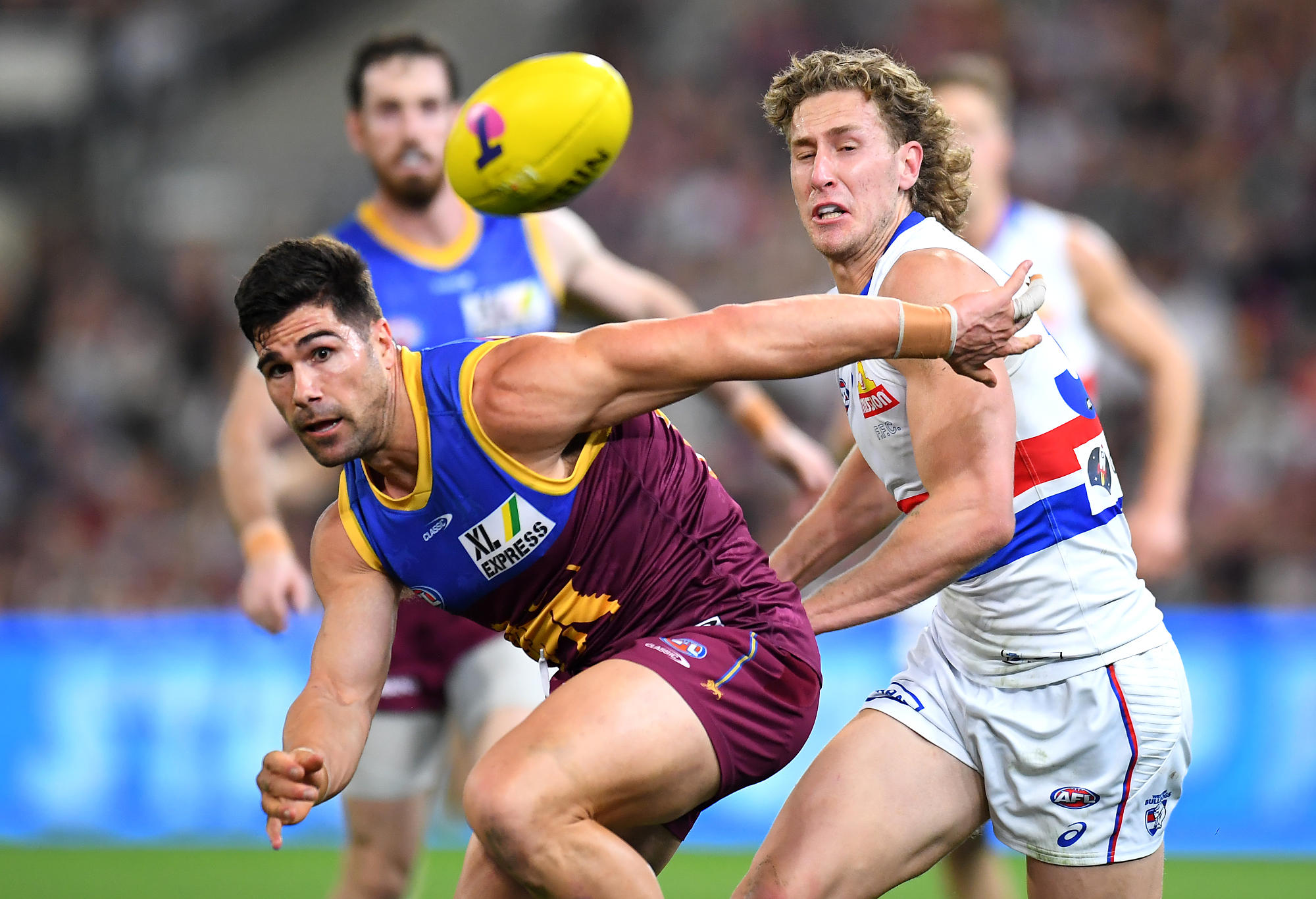 Hard-nosed defender Noah Answerth and livewire Cam Rayner are suspended, while Dayne Zorko will play after a tumultuous fortnight since his sledge of Melbourne’s Harrison Petty triggered calls for him to step down as captain.

Darcy Wilmot, Brisbane’s top pick in last year’s draft, could debut after the 18-year-old was left out of the Lions’ VFL side that played on Saturday.

“It’s not like we’ve played the same seven defenders every week … hopefully that’s prepared us for what’s to come,” defender Daniel Rich told reporters on Monday.

“He’s (Wilmot) the kind of guy that would love it, thrive off that and I’d love to play alongside him. He’s a really exciting prospect.”

Jarrod Berry is fit after recovering from an ankle injury.

Brisbane face a Richmond attack that’s kicked 100-plus totals in their past four games, and which is set to welcome back Dustin Martin.

The 2017 Brownlow Medallist can be expected to swarm with the Tigers’ other potent small forwards, while in-form talls Tom Lynch and Jack Riewoldt present an imposing number of options to goal.

It’s all extra noise around Brisbane, a dominant regular-season team who have gone 1-5 over the past three finals campaigns.

Referring to the Zorko incident, Fagan told SEN: “It’s a difficult one and a distraction you could do without, that’s for sure.

“It was an interesting one; what he said was inappropriate and he did apologise, which he didn’t need to be prompted on.

“On the footy field it’s a bit of a two-way street … there was a lot come his way that didn’t really get reported.”

‘How All Blacks have become new Wallabies’, Bok prop’s sly slap at Nic White, Hodge’s best attribute for No.15