Jesse Bromwich has been restored to the New Zealand rugby league captaincy five years after it was taken off him and he will lead the Kiwis against Tonga in Auckland on Saturday.

The Melbourne Storm skipper is the most capped player in the Kiwis squad, playing 29 times since making his international debut in 2012.

He takes over as captain from Benji Marshall, who retired at the end of last season.

Bromwich surrendered the Kiwis captaincy when he was involved in a drugs scandal outside a Canberra nightclub following an Anzac Test in May 2017.

But the prop took full responsibility for his drunken actions and worked hard to earn back the respect of the New Zealand hierarchy and the Storm.

“It’s a tribute to Jesse and the work he has done that has seen him earn respect as a true leader with Melbourne,” Kiwis coach Michael Maguire said of the 33-year-old. 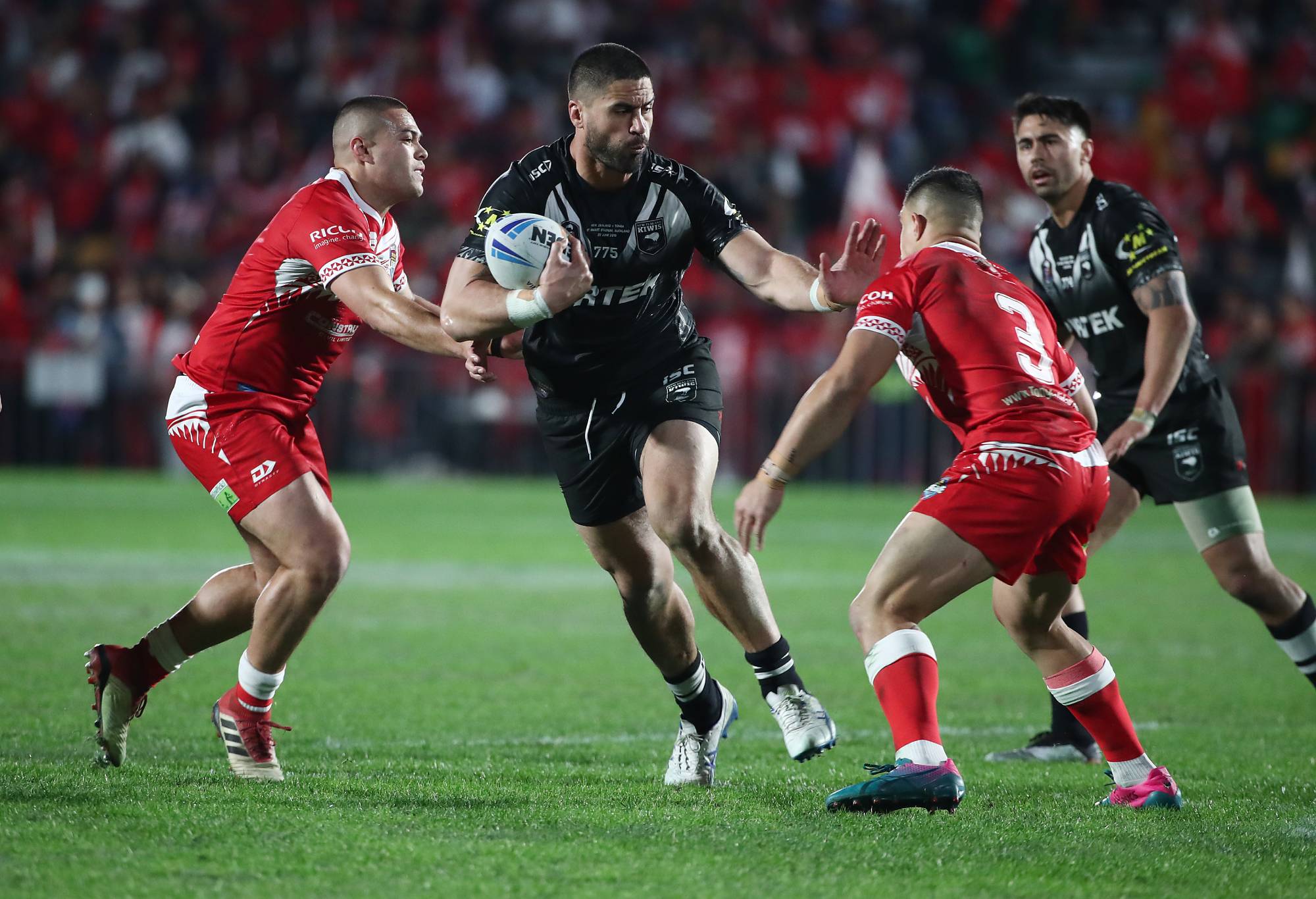 Jesse Bromwich is tackled in the 2019 Test between the Kiwis and Tonga at Mt Smart Stadium. (Photo by Fiona Goodall/Getty Images)

“He’s again co-captain for the Storm this season which speaks volumes for the regard he’s held in at such a great club.”

New Zealand haven’t played a Test since 2019 and Bromwich was excited to get back in front of home fans at Mt Smart Stadium.

The Warriors’ last NRL home game before the COVID-19 pandemic took hold was late August 2019 while the last Test there was two months earlier, with New Zealand beating Tonga 34-14.

“It’s obviously been a long time since the Kiwis team has been together, especially heading back home as well,” Bromwich said.

“It’s been a long time since a lot of the boys have been able to get back to New Zealand.”

Ronaldo Mulitalo describes the last year of his life as a “wild ride”. And anybody who has followed the Cronulla winger’s career will know very little has been straightforward.

“We’re finally here and I’m pretty excited,” he says ahead of his Test debut for New Zealand against Tonga this Saturday. “To pull on that Kiwis jersey will be something pretty special.”

Where exactly “here” is, takes some explaining. Mulitalo has returned to Auckland – the city in which he was raised by his mother Vaega – for the first time in three years.

When Ronaldo and twin Lorenzo were 13 she uprooted their lives in the suburb of Otara and moved to Queensland in a bid to improve the boys’ chances of an NRL career.

“There wasn’t much opportunity for us coming up in New Zealand and that’s not being disrespectful,” Mulitalo tells AAP. “Maybe at the time, I wasn’t good enough or hadn’t developed in certain ways.

“My family made sacrifices and backed my ability to succeed and that’s why we moved over to Australia. I think I really built my toughness and thick skin growing up in New Zealand. It’s a resilient place and although I moved to Australia, Auckland will always be home for me.”

Mulitalo is 22 but has 37 tries in 52 NRL games and his form led to a call-up from Kiwis coach Michael Maguire for New Zealand’s first home Test since 2019.

It’s only by chance that the winger will don black and not the maroon of Queensland this weekend. This time last year it was Origin II and an injury to Reece Walsh meant Mulitalo was poised to make his Maroons debut.

Despite playing junior representative football for the Maroons, he was deemed ineligible for senior Origin on the grounds he hadn’t played in Queensland before turning 14.

No issues had been flagged during his junior career and it led to the NRL and the Queensland Rugby League trying to apportion blame on one another as the winger was ruled out less than 24 hours before kick-off.

Mulitalo was caught in the middle. “I feel like I handled it pretty well,” he says. “I don’t want to play a blame game, me and my family can’t do anything about it to bring us happiness.

“I have always kept it pretty tight and the people close to me know what was going on in that situation.

“The first game I remember watching was the game when James Tamou switched his allegiance from New Zealand to Australia. It’s crazy to think that I’d be on that international stage as well. It’s something I never thought would happen.” 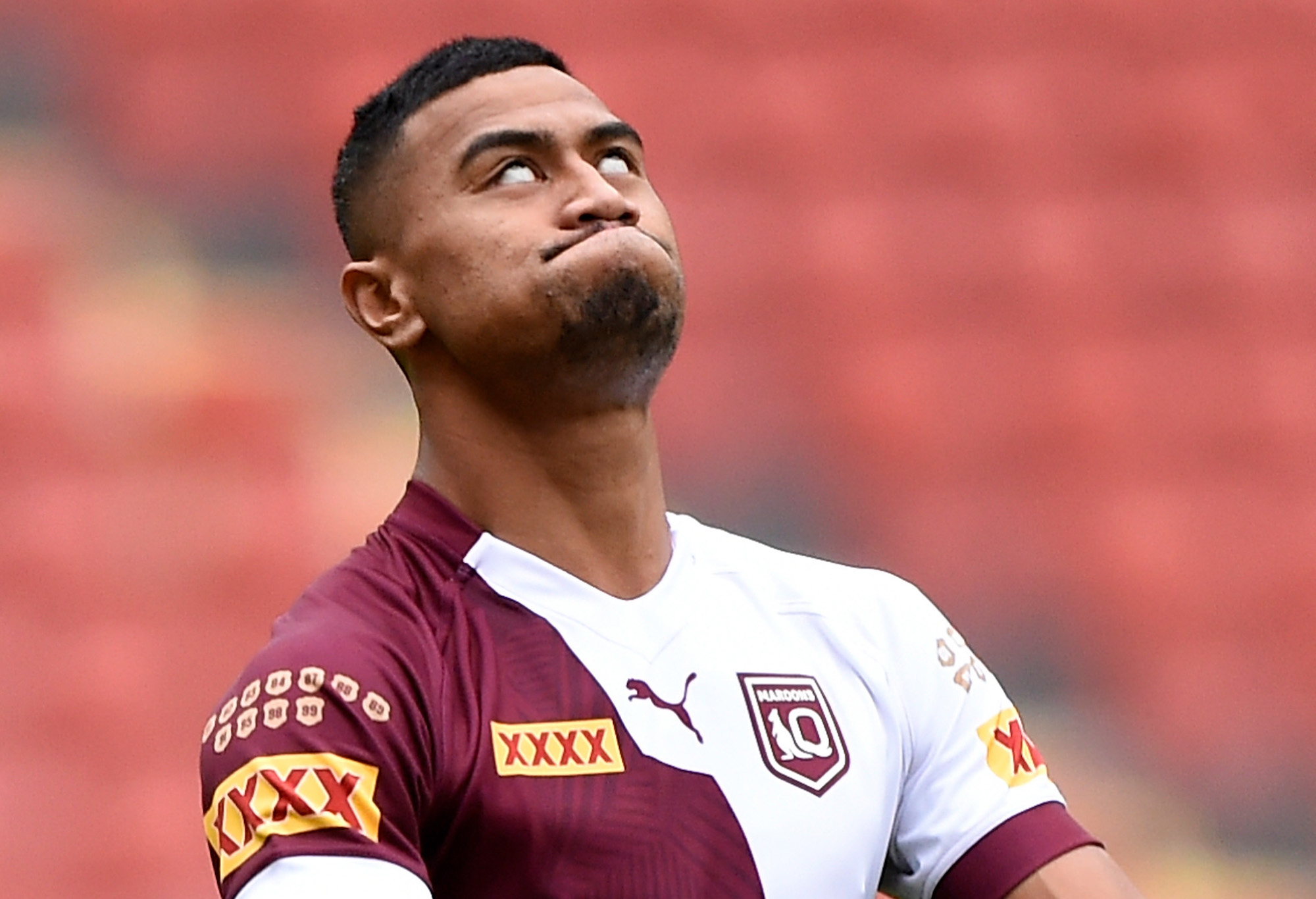 NSW women’s coach Kylie Hilder has unveiled a new-look spine and named four State of Origin debutantes in her side to face Queensland at GIO Stadium on June 24.

Hooker Keeley Davis is the only member of the spine to have played in last year’s 8-6 Origin loss. Rachael Pearson will make her Origin debut at halfback, joined by her St George Illawarra teammate, fullback Emma Tonegato. Five-eighth Kirra Dibb joins the halves pairing and will play her first Origin match since 2019.

Hilder’s changes came after incumbent fullback Botille Vette-Welsh tore her ACL playing for Parramatta in the final round of the NRLW premiership. Last year’s halfback and former Origin captain Maddie Studdon missed out on selection in the extended squad, while five-eighth Corban Baxter was named a reserve.

“We’ve got a really strong team this year, we’ve got a few debutantes,” said centre Isabelle Kelly. “Emma Tonegato is coming in and playing fullback and she’s been unreal, and our halves also.

“It’s about having a really strong team and working as one. Last year we went away from that but we’ve really built on that this year.”

Alongside Dibb, Hilder has recalled Shaylee Bent and Sam Bremner, the only member of the Origin side without an NRLW contract. Eleven of the 17 named played in the 2021 NRLW Grand Final for the Dragons or Roosters. Dragons prop Kezie Apps will captain the side for the fourth time.

From next year onwards, the women’s Origin will be expanded from a one-off match to a two-game series.  Should the 2023 series end in a tie, the winner of this year’s match will retain the shield. 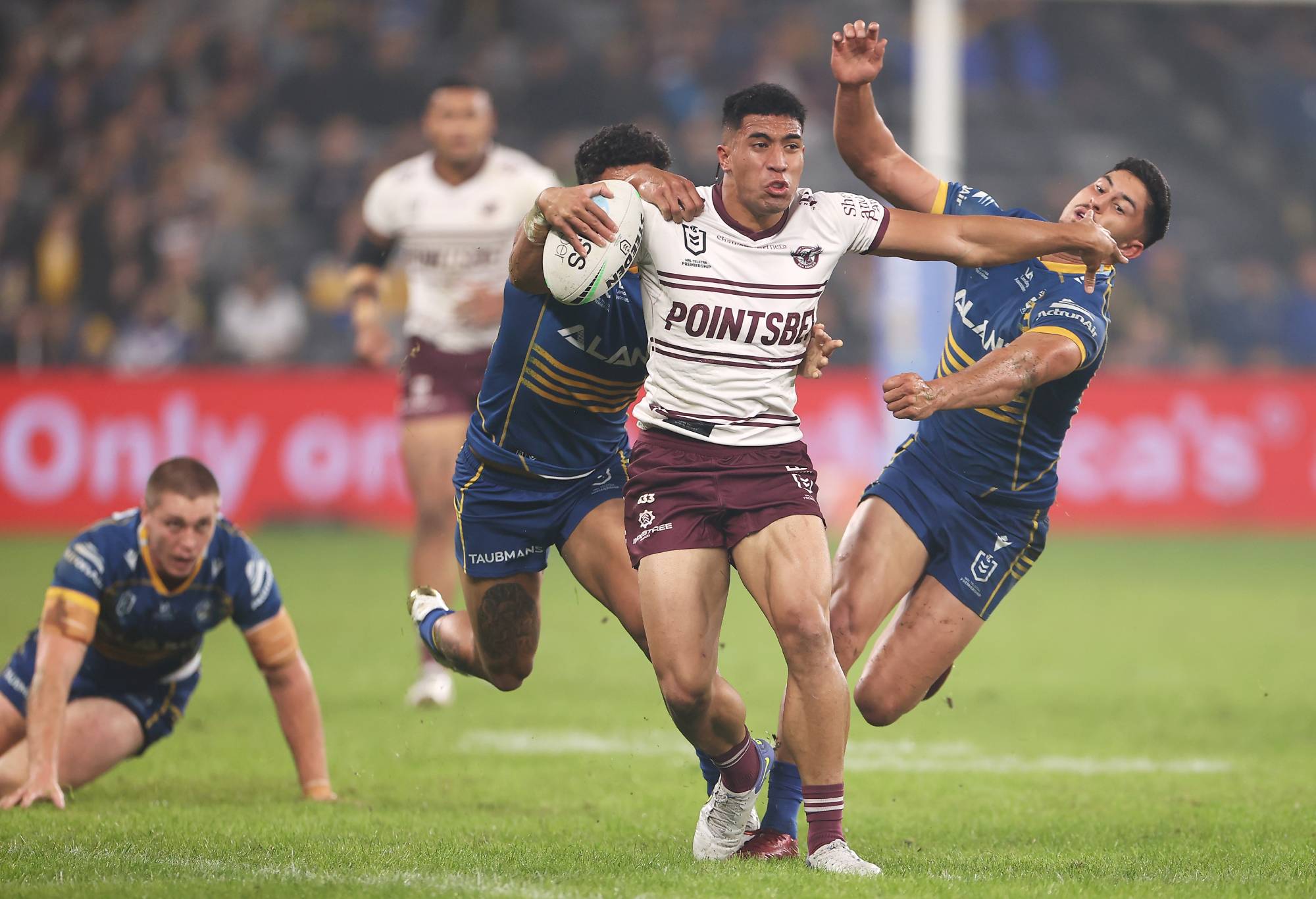 On the eve of the 2017 Rugby League World Cup, Taumalolo and Fifita changed the international game by opting to switch their respective allegiances from New Zealand and Australia to Tonga.

It led to Tonga reaching the semi-finals of that tournament after beating the Kiwis in the group stage and they have since defeated Great Britain and the Kangaroos. Those wins have inspired a new generation of Tongan players to follow suit, including Koula.

“What Jason Taumalolo and Andrew Fifita have done is inspire young lads to follow their path,” Koula, who will make his debut at fullback against the Kiwis in Auckland on Saturday, said.

“He (Taumalolo) started that movement … I grew up as a pretty passionate Blues fan (but) I watched every game of that World Cup (in 2017).

“I’ve always watched the Pacific Test, so to be a part of that will be pretty special. You get goosebumps just being in the stands.”

To look at the strength in depth Tonga now have, Moeaki Fotuaika and Joe Ofahengaue played State of Origin for Queensland last year, but can’t even crack the bench.

Fifita is now reduced to a role as a depth player, while Manly’s Haumole Olakau’atu shunned a NSW call-up to play for Mate Ma’a – a team moniker which literally means ‘Die for Tonga’.

Koula may be a stop-gap for this Test ahead of the Rugby League World Cup later this year, but does have a long family history of representing Tonga. His mother was a hurdler in the Atalanta and Sydney Olympics, while his father competed as a 100m sprinter at three straight Games from 1992 onwards.

“I’m really proud to continue that tradition,” he said. “(Tonga coach) Kristian Woolf called me a few weeks ago to tell me to be mindful of getting in the squad. It was always in the back of my mind but to see it in paper was crazy.

“I didn’t tell anyone, even my parents found out through the media.”