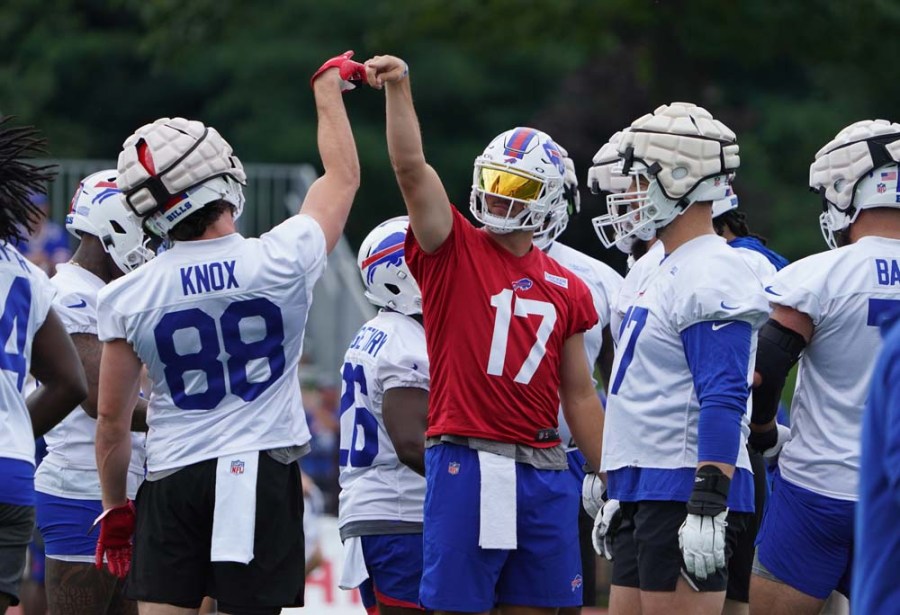 BUFFALO, N.Y. (WIVB) – The Bills are set to open their highly anticipated 2022 season Thursday night in Los Angeles. Can they go all the way?

The Buffalo Kickoff Live team will preview what could be a historic season tonight from 7-8 p.m. You can watch the show on this page or on News 4. (Programming note: Wheel of Fortune and Jeopardy! will be show on the CW23.)

Who is on Buffalo Kickoff Live?

News 4’s Josh Reed and Heather Prusak anchor our coverage, along with Thad Brown from our sister station in Rochester, WROC. They’re joined by Tim Graham from The Athletic and Matt Parrino from Syracuse.com. WGR 550’s Sal Capaccio is off tonight.

How high are the expectations?

Sky high. The Bills are the Super Bowl favorites on betting sites, listed at +600. Tom Brady’s Buccaneers have the next-best odds at +750.

“There’s a generation of Buffalo fans with no memory of the Bills’ Super Bowl teams. This team is their reward for years of despair,” Jerry Sullivan wrote. “That’s why the anticipation is greater than ever.”


BKL Poll: Who will lead the Bills in touchdown catches this season?

“I love all the people in Buffalo,” Knox said Monday. “And hopefully I’ll be here for a long time.”

When can I watch BKL again?

The next Buffalo Kickoff Live is at 7:30 p.m. Thursday, Sept. 8, ahead of the season opener against the Rams.

Nick Veronica is a Buffalo native who joined the News 4 team as a Digital Executive Producer in 2021. He previously worked at NBC Sports and The Buffalo News. You can follow Nick on Facebook and Twitter and find more of his work here.

Will NRL players be suspended during the finals or simply cop the Taylan May treatment?