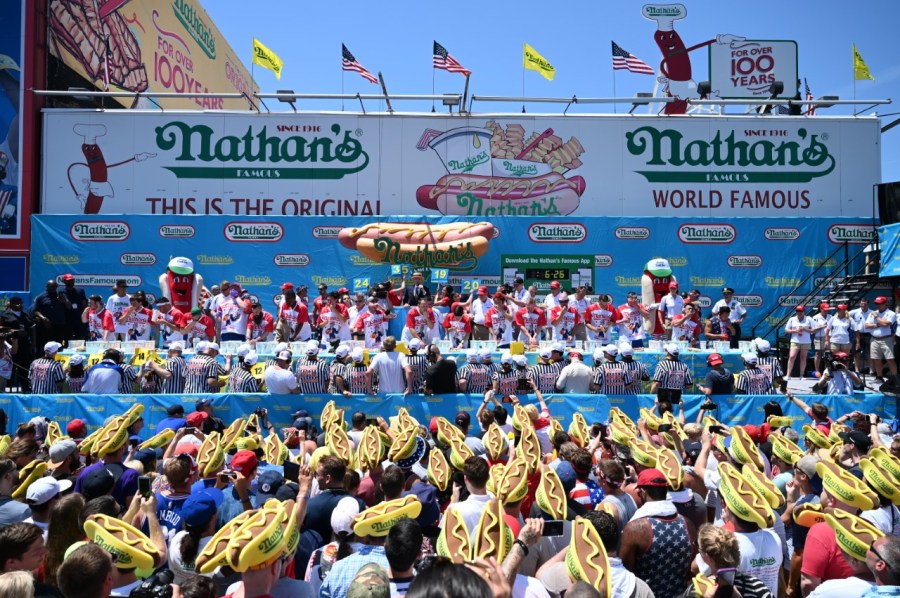 BUFFALO, N.Y. (WIVB) — Nothing says another year of American independence from England like the annual Nathan’s Famous Fourth of July International Hot Dog-Eating Championship. This year, a local man will attempt to take down world champion Joey Chestnut in the men’s competition.

Buffalo native and Army veteran Ronnie Hartman will venture across the state to compete in the contest Monday. The event makes its return to the Nathan’s flagship restaurant on Coney Island for the first time since the beginning of the COVID-19 pandemic. Last year, the event was held at Maimonides Park in Brooklyn, and in 2020, it was a media-only event indoors.

According to Major League Eating’s website, Hartman registered for his first eating contest while on base in Afghanistan in 2013. Eating just 16 hot dogs and buns in the 2013 Atlanta qualifier, he did not make it to the championship. He tried again in New Jersey, eating 23 and a half hot dogs and buns, and received an invitation to Coney Island.

In his last outing at Nathan’s Championship, he ate 22 hotdogs and buns. He also ate half a gallon of chili in 94 seconds to win the October 2013 Taste of DC Ben’s Chili Bowl Military Round.

Joey Chestnut set a world record last year, eating 76 hot dogs and buns in 10 minutes. Women’s champion Miki Sudo will be returning to the women’s contest this year, after missing last year’s competition due to pregnancy. She will take on last year’s champion, Michelle Lesco, from Arizona.

“The Nathan’s Famous Fourth of July Hot Dog Eating Contest is arguably the most iconic sporting event in American history,” said Major League Eating Chair George Shea. “The event is a crucible through which greatness is forged.”

The contests will be broadcast on ESPN starting at 10:45 a.m., beginning with the women’s contest. The men’s contest will start at noon.

NYSP: Man tells Troopers he ran out of gas in stolen vehicle on I-190