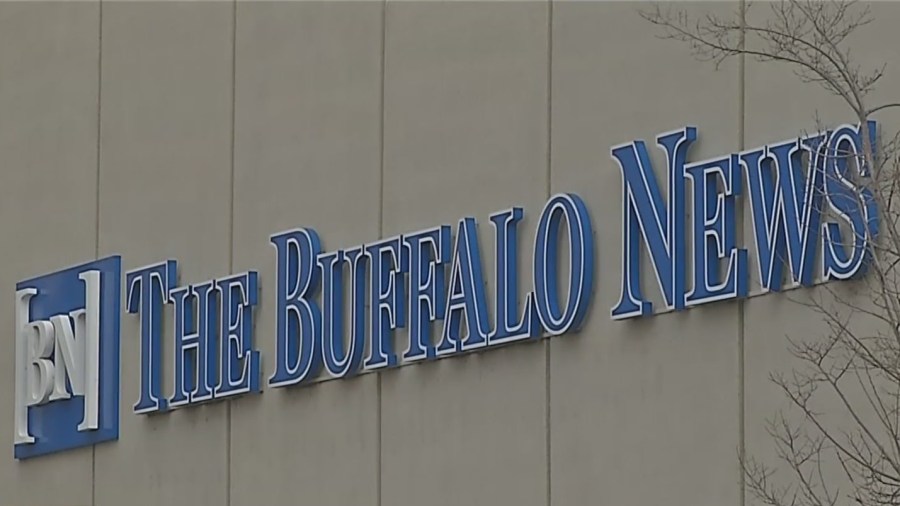 BUFFALO, N.Y. (WIVB) — As first reported by The Buffalo News, the paper’s downtown building at the corner of Washington and Scott streets is being sold to Uniland Development Co.

Lee Enterprises, the Iowa-based company that purchased The News in January 2020, has reportedly agreed to sell the building after 50 years of the paper being headquartered there.

According to The News, Uniland CEO Michael Montante said the company intends to repurpose the building rather than tear it down. The parking lot across the street is also part of the deal, which is expected to close by late 2022 or early 2023.

“It’s a major opportunity to reimagine a prominent downtown building in an area of the city that is undergoing significant investment,” Montante said in a statement provided by Uniland. “The Cobblestone District, Canalside and the Central Business District continue to add inventory of new and adaptive reuse facilities, coupled with streetscape and infrastructure enhancements that are transforming the area into a true live-work-play neighborhood.”

The Buffalo News also reported that Uniland is “exploring a variety of uses” for the building. Sitting between Sahlen Field and KeyBank Center, and adjacent to Canalside, it resides in a prime location in the heart of downtown Buffalo.

“We are excited about what we believe we can do with 125 Washington Street, and what it will do for the future of the city,” Montante said. “This is a location both employers and employees want to be. The next users will appreciate the numerous amenities of the area, which include high visibility, easy highway access and parking, public transportation, and walkability to nearby retail, event and recreational attractions in a growing section of downtown.”

The News said it will be moving to the Larkin at Exchange Building in Larkinville, while the paper’s Scott Street printing press building will continue operations in its current location and will remain owned by The News.

News 4 has also reached out to Larkinville for comment and is waiting to hear back.

Foley’s patience in picking his moments provide a future blueprint

Booing Latrell doesn’t necessarily make you racist, but it probably makes you a jerk