Can Souths turn yet another preliminary final into a premiership?

Finals in Australian sport, be they rugby league, football or Australian rules, are fun and quite unusual by world standards.

Ever since the first season of the NSWRL in 1908, league has been trying to reward both the grinding consistency needed to attain a high league position and the composure, wit and luck needed in the high-stakes of winner-takes-all, with some interesting results.

It’s always struck me as a mix of the old-world, mostly British, tendency toward first-past-the-post as a quick, clean and orderly way of settling things, and the newer-world tendency toward preferences and disruption; of giving people the opportunity to shake things up from below.

2022 is an anniversary for Australian rugby league finals. It’s the 50th season since the NSWRL introduced a five-team finals series, a format that can be seen as forerunner to the eight-team jamboree that’s been with us most years since 1995.

From 1973, the playoffs for grand final positions were conducted over three weeks rather than two, three teams were blessed with a second chance, there was the possibility of two different teams enjoying a week-off along the way, and the grand final qualifiers were pushed back in favour of qualifying finals. Different, but comparable in some ways.

Souths’ victory over Cronulla last weekend saw them qualify for a fifth consecutive preliminary final, or grand final qualifier. Some Rabbitohs supporters consider this quite an achievement, and I’m inclined to agree. Few teams have managed such a feat in the last 50 years.

But Souths are also on the verge of a record they might not want.

Only two teams have played in a preliminary final or grand final qualifier in more than five consecutive seasons since 1973.

First, we have Parramatta who had at least one shot at the decider in six-straight seasons from 1981 to ’86. The Eels played five grand finals and won four of them during that span.

Then we have the grand-daddy of preliminary finalists, Melbourne, whose record of seven-straight appearances was ended by Canberra in the first week of this season’s finals. The Storm can claim four grand final appearances and two premierships from their streak.

It should also be noted that Melbourne might’ve had another streak of seven between 2006 and ’12, if not for exposure of their creative accounting in 2010.

If Souths don’t win the grand final this season, they’ll exceed Parramatta’s record of four consecutive preliminary finals without a premiership between 1998 and ’01.

What, if anything, would this mean?

Flying close to the sun

Most teams who’ve got themselves into premiership contention over the past 50-years have peaked, won a premiership, or come close, and faded away quickly.

The dynasties we’ve seen in this period are both historically significant and probably meaningless today. Brisbane can’t rely on trotting-out a virtual Origin team anymore, Melbourne probably won’t have a core of future hall of famers, at least not for a while, and Canterbury are no longer the ‘family’ club and a hotbed of coaching innovation.

I don’t really know what to say about Parramatta. They’re an enigma, perhaps.

Nor am I sure about what’s been happening at Souths. Their five consecutive preliminary finals could be a fluke, a product of teams falling over around them while they remain competitive, but not quite good enough to win a premiership. Actually, that could be it. 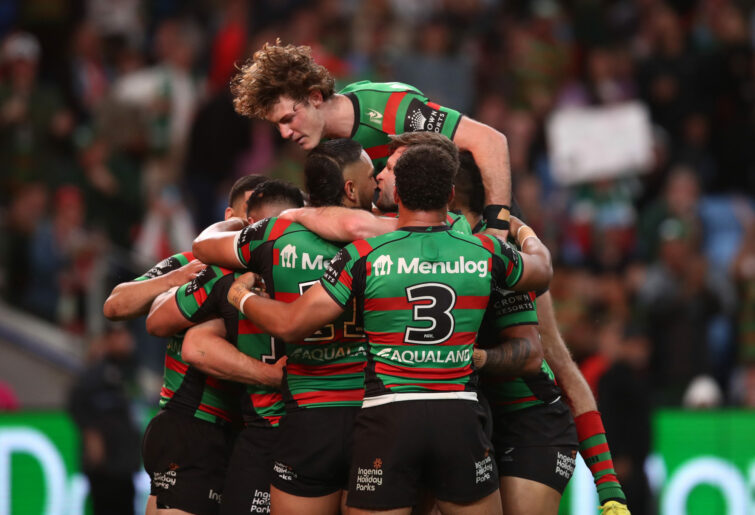 Souths are either really smart or really lucky. As always, it’s probably a bit of both. There’s no way they planned the last five-years beyond some broad, guiding principles, if that.

Since their last premiership in 2014, Souths endured a turgid period under Michael Maguire until he was finally dismissed in 2017. By then, the teardown of the premiership team was well underway, and the roster was being renewed. So far, so good.

They appointed a rookie coach, Anthony Seibold, in 2018 and saw mature-aged players recruited from other clubs, Damien Cook and Cody Walker, blossom into representative stars. Cameron Murray and Campbell Graham emerged and Seibold led them to the first of their five preliminary finals.

Then, suddenly, Seibold was gone, lured home by the Broncos. Did Souths realise that Seibold could only ever be a sugar hit, that the analyst within wasn’t capable of refining, just making things more complicated?

Or was it just the lure of the master mentor, Wayne Bennett, especially with some talented youngsters who might respond more to a kindly greybeard than a zealot? 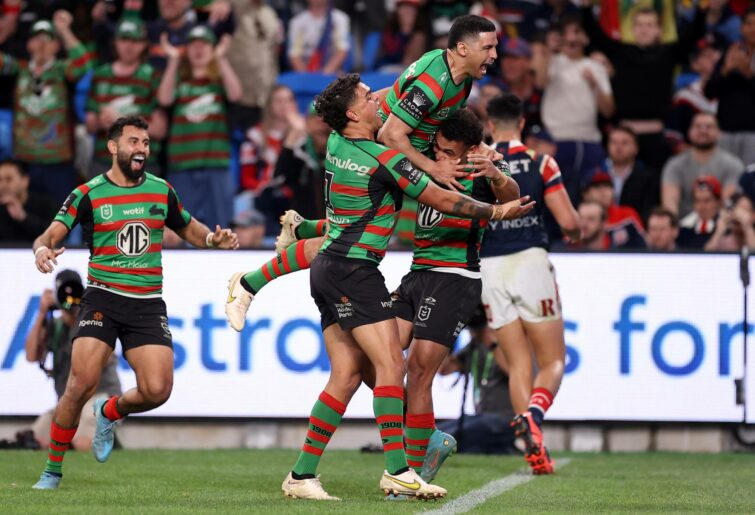 Then another talent, Keaon Koloamatangi, started to emerge, veterans of the 2014 premiership, Alex Johnston and Tom Burgess, found top form again and they made the grand final in 2021, losing narrowly to a generational Penrith team, all forged from the same quarry in the far west of Sydney.

All the while, Bennett and the master marksman, Adam Reynolds, had their tickets booked for Queensland and warmer pastures. In came a rookie coach and halfback. They’d torn things down again and, inevitably, they looked a bit lost at times in 2022.

But here they are again. It doesn’t seem meticulously planned, but you can observe a logic if you look hard. That observation may well be wrong, and Souths might just be lucky amid some apparent chaos.

They’ve certainly been lucky to an extent. Players like Cook and Walker rarely pan-out – Adam Reynolds probably had quite a bit to do with that. A player like Latrell Mitchell doesn’t fall into your lap every day, or decade. They were able to move Sam Burgess and Greg Inglis with minimal disruption.

They’ve also admitted mistakes and been brave, moving-on players and coaches when it seemed they’d had the best of them. Evolution without revolution.

I struggle to imagine them getting past Penrith on Saturday, but I wouldn’t be surprised to see them back in the final-four again in 2023.

Souths might just be the proverbial rider lurking in that peloton waiting for their moment, maintaining a team that could win a grand final if a couple of other teams fall over. In the V’landys-ball era of breakneck speed and carnage, that’s not a bad idea.

Views of different nations on Cryptocurrency and Blockchain

A taste of Mexico as we celebrate Hispanic Heritage Month