Concerns around head injury in contact sports are becoming increasingly visible. The Australian launch of the Concussion Legacy Foundation (CLF) at events held in Melbourne on Monday, and Sydney today, takes things to another level.

Founded in the USA in 2007 by Robert Cantu MD, and Chris Nowinski PHD, the foundation now has chapters in the UK, Canada and Australia. Its stated goal is to support athletes, veterans and others affected by concussions and Chronic Traumatic Encephalopathy (CTE), to promote smarter sports and safer athletes through education and innovation, and end CTE through prevention and research.

Increasingly, stories of players suffering conditions like early onset dementia and Alzheimers, loss of neurological and motor function, personality disorders and other neurodegenerative diseases, are making their way into the Australian sporting landscape.

Always distressing, these personal accounts and the increasing frequency at which football players from all codes are reporting serious health issues – some of them at worryingly young ages – are helping shift the dial with respect to public understanding.

They are also a wake-up call for all sports and every sports participant.

Ex-Gridiron player and professional wrestler, turned global authority on concussion in sport, Nowinski cuts an imposing, warm presence, whilst demonstrating an ability to cut to the chase; “I’m concerned about what is being said to the Australian public about the long-term effects of head knocks, especially CTE. We’ve proven CTE is here in the Australian codes, we know it’s caused by repetitive head impacts, and now it’s time to act to save the lives of people we care about, from our sports heroes to our kids,” he said.

By raising awareness – and it is evident that more people are jumping on the bandwagon – the Foundation aims to attract more money to fund important research, and broaden education amongst participants in professional and amateur sports.

In a breakthrough of sorts, recently retired Canterbury Bulldogs NRL player James Graham, has been appointed to the board of CLF Australia. Previously a proponent of league players accepting whatever came their way as a cost of signing up to play the game, Graham, in retirement, having suffered in excess of 100 concussions in his career, has since adopted a stance that more can be done to make players safe. 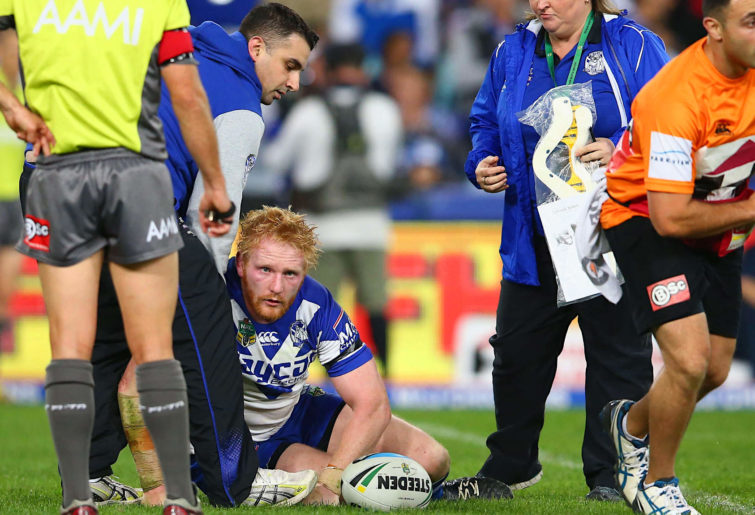 It will be interesting to see what impact, if any, Graham’s role with the CLF has in changing Australian rugby league’s hitherto impenetrable culture, when it comes to understanding and acting on head injuries.

This will be tested again this week, with the Sydney Roosters and South Sydney set to square off in the first round of finals, with the Roosters’ Victor Radley and Souths Cameron Murray both potential starters despite recent concussion events.

Last weekend, Murray suffered his second concussion within seven weeks, exhibiting Cat#1 symptoms on the field, yet within 24 hours Souths coach Jason Demetriou was telling reporters; “He’s woken up with zero symptoms so we’re not concerned, he’s not concerned.”

For the Roosters, anyone who saw Radley – a player who has suffered multiple head injuries in his career – concussed and convulsing on the AAMI turf less than two weeks ago, could be excused for wondering how he could even come under consideration for selection again this year.

As Radley’s own father Nigel explained the day after the incident; “A rest will do him good. It was a pretty severe one. I spoke to him this morning and he said he came around while he was on the medi-cab.”

With the two sides yet to be announced, Radley has resumed contact training and, barring any late mishaps, looks set to play.

More telling were other comments made by Radley Snr, about his son; “It didn’t look good but he’s not going to stop playing the way he plays. If you play rugby league, you’ve got to accept it’s always a risk. Head knocks are part of the game.”

They are, and that’s part of the problem the CLF is trying to fix. 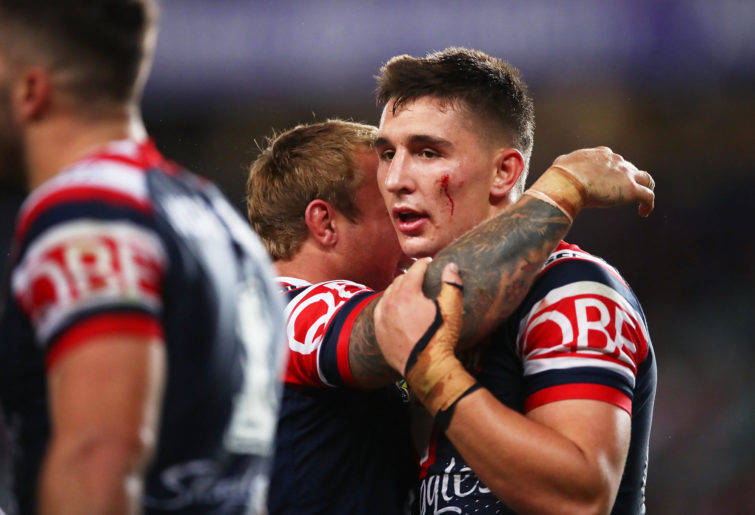 In his presentation, Buckland was at pains to talk about how concussion and CTE are related, but one does not necessarily follow from the other.

Nowinski also noted how language is shifting and becoming more precise, and how, “when it comes to the disease of CTE, repetitive head impacts are a better indicator than concussions.”

Because the determination of concussion is imprecise and can be easily clouded, and because not every hit to the head results in concussion, with respect to CTE, it is the accumulation of hits – small, medium and large – that are a more precise indicator, and that matter.

So, what does this mean for Australia’s football codes?

Forget well-publicised “crackdowns” that are at best haphazardly applied or are never sustained. Sports who approach the matter seriously should be engaging in rigorous debate on matters such as minimum age of participation in contact play, amount of contact in training, and modifications to the way games are played, to improve techniques, and to minimise the instances of contact.

Forget also about attempts to obfuscate or deny the science. As ex-NRL player Williams stated; “I’m not interested in debating whether this is a thing or not. Come and live a day in our shoes.”

There was also a powerful and emotional element to the stories told by suffering players and the Frawley and Wheatley families, that sports administrators ignore at their peril.

Anita Frawley is appreciative of the respect shown by the AFL, and for their support for the Danny Frawley Centre, which focuses on early intervention and help for footballers suffering mental health problems. But she remains frustrated that little is being done to minimize incidences of head injuries occurring in the first place.

Speaking of the need for “white noise”, Frawley demonstrated the determination of all connected with the CLF to force the hand of sports administrations to properly address concerns.

One cohort that has the potential to drive change is the respective player’s associations.

Ex-Essendon ruckman Alessio recounted his time on the AFL Players Association and detailed some of the improved support services to players with respect to education and awareness around depression, and mental and physical health.

But when it comes to the prevention of head injuries, nowhere, in any of Australia’s four main football codes, are players advocating with any strength or passion for change.

In what other workplace would employees accept routine incidences of brain injury and rates of neurodegenerative disease and CTE well above the norm? What worker’s union would elect not to take this fight up to management?

The answer is three-fold; amateur and community sports having no leverage, the culture of contact football sports still being dominated by the need for players to be seen to be uncomplaining and tough, and the fact that the players associations are financially joined at the hip with their parent administrations, not willing to bite the hand that feeds. 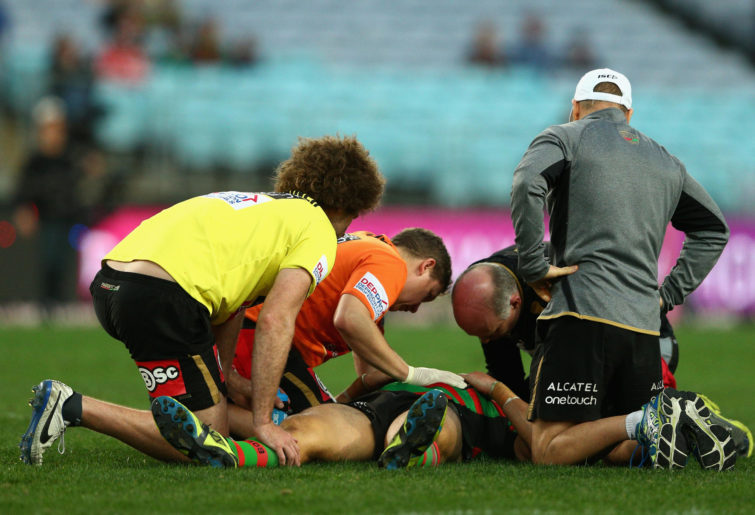 One day in the future, as increasingly definitive research is undertaken and publicised, as increasing numbers of afflicted players come forward to tell their stories, and administrators are finally brought to the table courtesy of concerned parents feeding into declining junior participation rates, the balance will tip in favour of player safety.

Look for the CLF to play an important role in accelerating that process, beginning with a new ‘Stop hitting kids in the head’ campaign, designed to eliminate repetitive head impacts in youth sports by asking sports to ban contact before age 14.

Given the mounting medical evidence, it’s an approach that makes perfect sense. Sports which have been reluctant or tardy to address player safety at the elite level, might find it more difficult to rebuff measures aimed at enhancing the safety of children.

Of course, a matter so fundamental and serious shouldn’t be the subject of conflict and dispute. Sports should not feel like they are under attack.

But to varying degrees, through their own inaction, Australia’s contact football sports have created a battleground of sorts. It’s a war they must know they cannot win.

What’s Going On With y00ts?