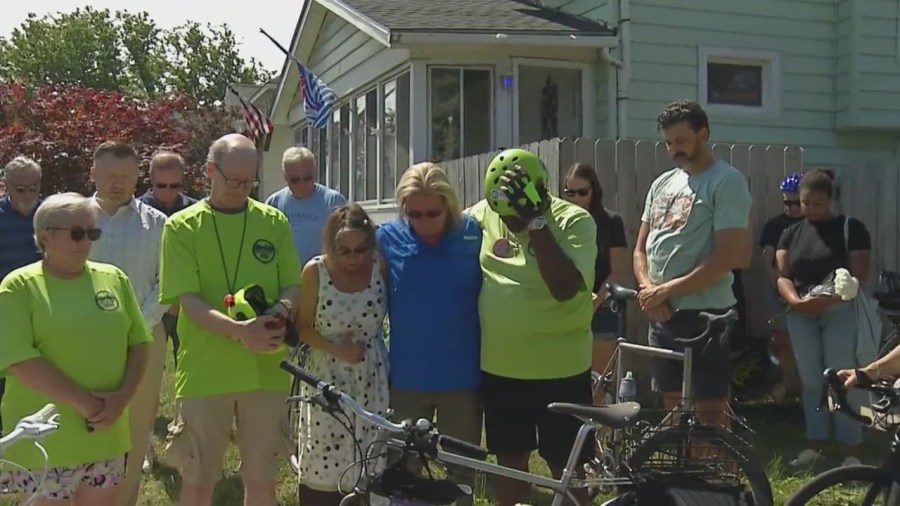 BUFFALO, N.Y. (WIVB) — On Saturday, GObike, Slow Roll and other Western New York cycling clubs held a vigil to honor a bicyclist that was struck and killed in a hit and run.

On july 7, Theodore Dionne bought a new bike frame and later that night was killed by a drunk driver in a hit and run while taking his bike for a test drive on Abbott Rd. Saturday, cyclists from all across Buffalo and Western New York came out to pay their respects to Theodore and his family.

We are a tight-knit community and a very diverse community when you talk about all the cycling clubs in Buffalo and Western New York and they show up because oftentimes they think that could have been me. I think that’s exactly why everyone was here today,” said Kevin Heffernan of GObike.

“Buffalo Police and West Seneca Police have been great, has a very active investigation and justice will be served it just may take some time,” added David Dionne, the father of Theodore Dionne.