A push from AFL broadcasters for a regular twilight grand final is expected to gather steam after record-low ratings accompanied a return to the traditional afternoon timeslot.

It started at 2:30pm (AEST) and bombed on the box, with OzTam ratings released on Sunday showing 2.179 million viewers across the five major metropolitan markets.

The figure was well down on last year’s number, when 3.006 million watched the twilight grand final played in Perth, which was broadcast in prime time in the big east coast markets.

It is also a huge drop from 2020, when 2.979 million watched the night grand final played in Brisbane.

Some factors in this year’s lower numbers include fans flocking back to public venues in Melbourne and watching in large groups after two years spent in and out of lockdown.

The one-sided contest may also have played a role in viewers tuning out, with Geelong surging to a commanding 35-point lead by quarter-time.

The result was effectively put to bed when the Cats kicked six unanswered goals during the third quarter.

Channel Seven managing director James Warburton told The Age while the network would support the AFL’s choice of timeslot for the grand final, the ratings speak for themselves.

“We will always support the decisions the AFL makes for the fans,” Warburton said.

“The numbers and comparisons are clear for all to see to support a prime-time AFL grand final.

“It’s a national game and a twilight or prime-time bounce will maximise the audience for the code.”

Regardless of the ratings, Geelong premiership midfielder Cam Guthrie said he would like to see the grand final remain in the traditional timeslot at the MCG.

“Saturday arvo at the MCG is pretty special,” Guthrie told reporters on Sunday.

“We got the full experience this year being down in Melbourne and yeah, it was amazing.” 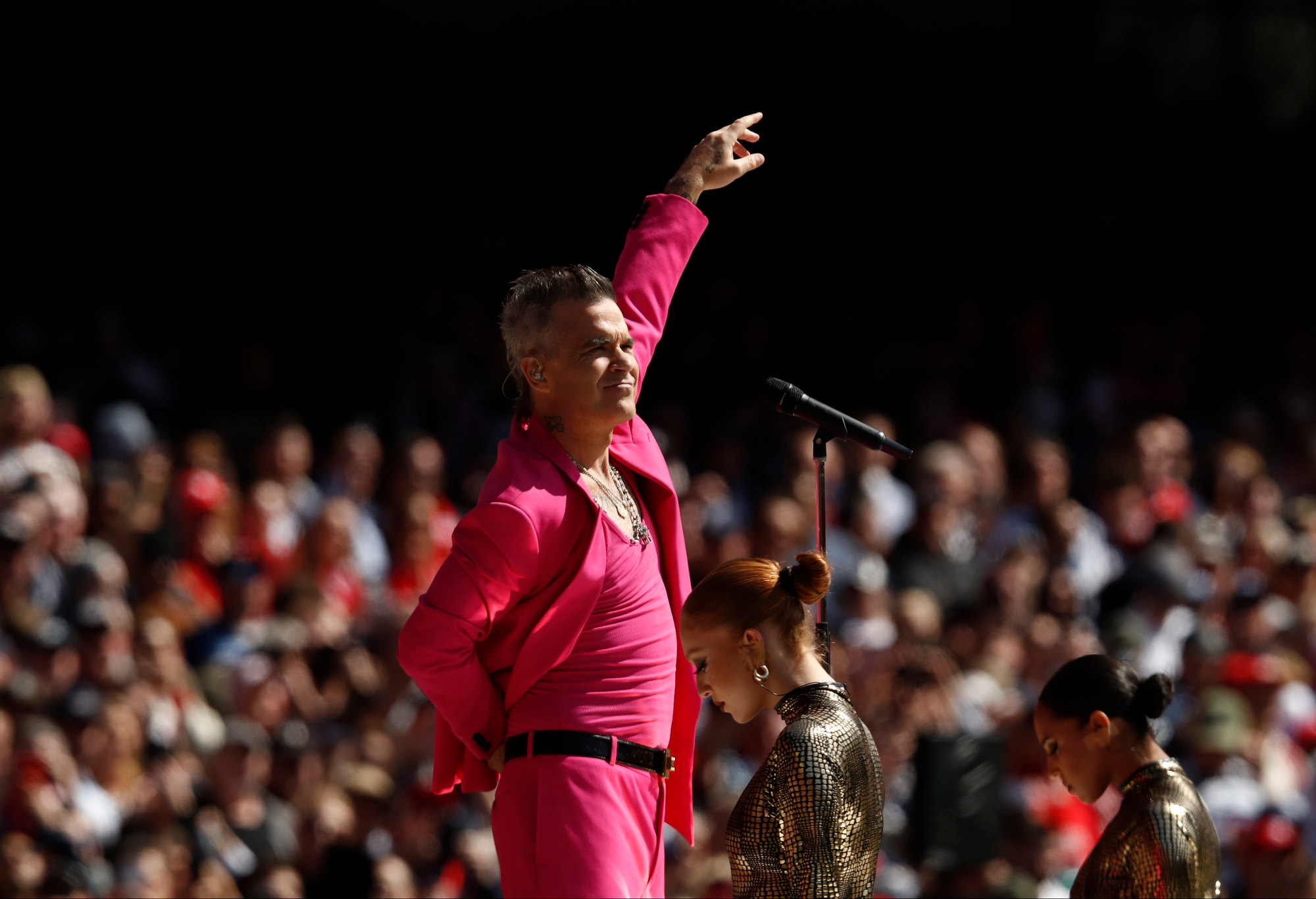 Lance Franklin’s quiet grand final in Sydney’s 81-point loss to Geelong has sparked concerns leading into what looms as his final AFL season in 2022.

It was the second of three finals this year Franklin has gone without a goal, having booted at least one in all 20 home-and-away matches he played.

In the qualifying final against Melbourne, he was soundly thrashed by Demons star Steven May, managing just two kicks among seven possessions while May secured the maximum 10 Gary Ayres Medal votes.

“Two of his worst games in the whole of his career have come in this finals series,” Port Adelaide great Kane Cornes told The Sunday Footy Show.

“Firstly, he was badly beaten against Steven May, and yesterday he just had the butter-fingers early.

“[He] wasn’t reading the ball in flight… whilst there wasn’t a whole lot of opportunity for him, he’s clearly not the same player that he was.”

Former sharpshooter Matthew Lloyd is of the opinion Franklin needs to change his game to remain impactful in 2023, saying he ‘has to play like a key forward’ to avoid his incredible career fizzling out.

“Leigh Matthews made a great point after the game when he said that his athleticism has allowed him to play as a running, mobile forward, but he hasn’t got that anymore,” Lloyd said.

“He has to play like a key forward for the rest of his career, and that’s not what he is.

“[Geelong] played Jack Henry on him, who’s got the mobility to go with him, but then he hasn’t got the aerial ability.

“It’s going to be a real challenge for him next year.

“He has to play like a Jonathan Brown or a [Wayne] Carey in his last year, which he isn’t, because he can’t move like he used to.” 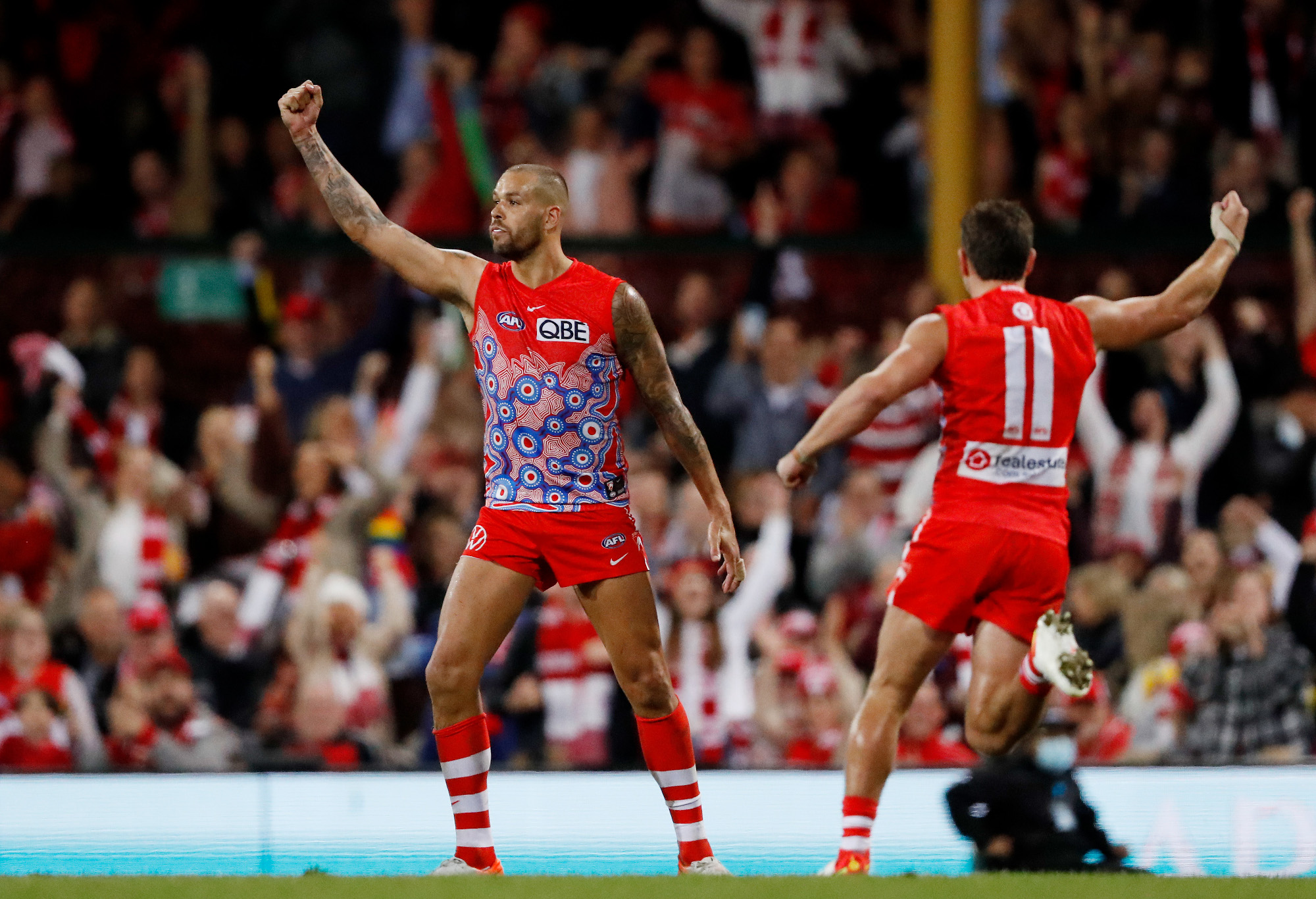 Adelaide have bounced back into premiership contention with the biggest win in AFLW history – a 96-point demolition job on hapless GWS at Unley Oval.

The Crows also registered their highest-ever score in the 15.7 (97) to 0.1 (1) victory, while the Giants’ meagre tally was the equal lowest in the competition’s seven-year history.

Melbourne set the biggest winning margin record at 88 points by beating Fremantle earlier in the season and the Crows surged past it with onballer Anne Hatchard’s third goal in the last quarter.

It seemed the outclassed Giants would face the ignominy of a scoreless game, but Meghan Gaffney finally put them on the scoreboard by snapping a behind seconds before the three-quarter time siren.

The Crows’ massive win was built on the midfield monopoly of Ebony Marinoff, with 36 possessions, and Hatchard, with 28, backed by captain Chelsea Randall with 21 touches.

Giants captain Alicia Eva fought bravely in what was her 50th game, as did midfielder Alyce Parker and defender Tarni Evans.

But the visitors were simply no match for Adelaide who pounded out an emphatic signal that they are right back in premiership contention with their fourth consecutive win.

Among the Adelaide goalkickers was first-gamer and former junior Matilda Jess Waterhouse, the niece of ex-Fremantle AFL player Clive Waterhouse.

“Obviously, it’s great to make my debut in my first year,” she said.

“I haven’t been playing footy that long and it’s amazing to play in a premiership side. It’s hard to crack into a team like that.

“I’m so proud of the depth we have in the squad and that (win) just shows that we’re ready to go again this year.

“I played for Australia in soccer and saw the girls having a good time at the Crows and then thought I’d give it a crack and here I am.”

The PFA is excited about the A-League Men

Seven All Blacks, six Boks and a massive reality check for the Wallabies in our TRC team of the tournament

How Wallabies players rated in win over Wales: Best and worst

Hamburg businesses pick up the pieces more than a week after…

Sabres have Devil of a time in home loss