The back-heeled conversion by Barbarians lock George Kruis that went viral might as well have been a collective kick in the nuts for England such was the deflating psychological impact it had.

The team sank to its metaphorical knees as it conceded eight tries in a record 52-21 defeat prior to departure for Australia where, rumour has it, the locals are not slow to rub Pom noses in all sorts of nasty things should the opportunity arise.

Of course this was England’s second-string team with senior players still on Premiership duty.

But, let’s be straight. This was also France’s back-up side in Barbarian colours.

Kruis, in fact, was the only player in the Barbarians line-up to have won a match at Twickenham before. The conversion indignity matters because Kruis would not have even considered such flagrant mickey-taking (there are stronger terms) if the likes of a Martin Johnson or Lawrence Dallaglio had been in opposition ranks.

England, in short, are running almost on empty when it comes to steel-edged confidence and street snarl.

Sure, their ranks have been massively bolstered for the first Test against Australia at the Optus Stadium in Perth by hard-nut acts such as Owen Farrell, Ellis Genge and Courtney Lawes.

But nothing is for certain anymore with this England squad following two pitifully feeble Six Nations campaigns.

In its own right, the Kruis coup de grace was no more than a bit of Sunday afternoon fun. In the context, though, of this flaky generation it was somehow the perfect symbol of an under-fire Eddie Jones regime.

Australia’s larrikin outcast is well used to copping flak. It’s been that way ever since he came onto the coaching scene in the late ’90s.

He takes the hits and dishes them back out as he did so tellingly and entertainingly when first back on home soil with England in 2016.

His one-time Randwick mucker, Michael Cheika, didn’t stand a chance. It was 3-0 off the field and 3-0 on the field.

It is different this time. Very different.

There are no voices-off, no verbal skirmishes with Wallabies coach Dave Rennie, a down-to-earth Kiwi with issues of his own to resolve.

England are not coming off the back of a Grand Slam as they were in 2016. The Jones star dust has faded. He can talk the talk still but it doesn’t carry the same clout and he doesn’t have the same easy charisma.

Jones has been here before, his credentials questioned, his contractual arrangement with the RFU in need of the vote of confidence that came his way post another underwhelming Six Nations with losses to Scotland, Ireland and France.

Jones and England are in need of a massive pick-me-up ahead of the 12-month countdown to the 2023 Rugby World Cup in France. It is entirely possible that they will get one over the next three weekends given that the Wallabies themselves are in a state of the unknown.

Jones has been round the houses a few times, scrabbling and scheming with a World Cup on the horizon. He was very much on his backside four years ago in South Africa following five successive Test defeats (six losses if you include a pre-tour Baa-Baas fixture).

The first two Tests against the Springboks had been lost and it took an act of last-ditch creative genius from recalled Danny Cipriani to get them out of trouble for victory in the third Test in Cape Town.

A year later in Japan and England smashed Australia 40-16 in Oita and destroyed the All Blacks a week later in the World Cup semi-final.

There are such things then as rapid turnarounds in fortune. England cricket has just done likewise with a 3-0 clean sweep of Test champions New Zealand. That, though, involved a mindset revolution with the Baz and Ben (McCullum and Stokes) show proving to be a box office hit.

Jones, meanwhile, has only the same old voice and the same old tricks to play. England have a long way to climb.

And yet the Wallabies do not induce any fear. They are promising rather than proven. Their forward pack contains only one world-class operator in Michael Hooper.

The days of an Australia eight stacking muscle in the form of a Phil Kearns or John Eales or Simon Poidevin are long gone.

They are a durable lot, though, Aussie forwards, aware of their place in the grand scheme of things.

A few of us once gathered around tighthead Al Baxter in London to grill him on how his Wallabies mates were going to be able to withstand the might of the England pack.

It could have been a tense exchange given that we were intent on questioning Australian manhood. Baxter was charm personified, never ducking a question, never shirking responsibility.

“This is great,” he said by way of explanation for his honesty and openness.

“A real novelty. Nobody ever wants to talk about scrummaging back home in Australia.”

Well, Rennie does. And mauling. And lineouts.

The Wallabies’ coach knows his team has to stack up in the forwards or they will be on the back foot at best, doomed to defeat (their ninth in a row against England) at worst.

Hence the bugle alert to so many Brumbies (seven in starting line-up, 12 in match-day 23).

Dan McKellar’s coaching expertise is also forward-directed. And he knows what he’ll get from the fairytale (very much a Grimms version) debut of the huge lump that is 33-year-old Cadeyrn Neville. 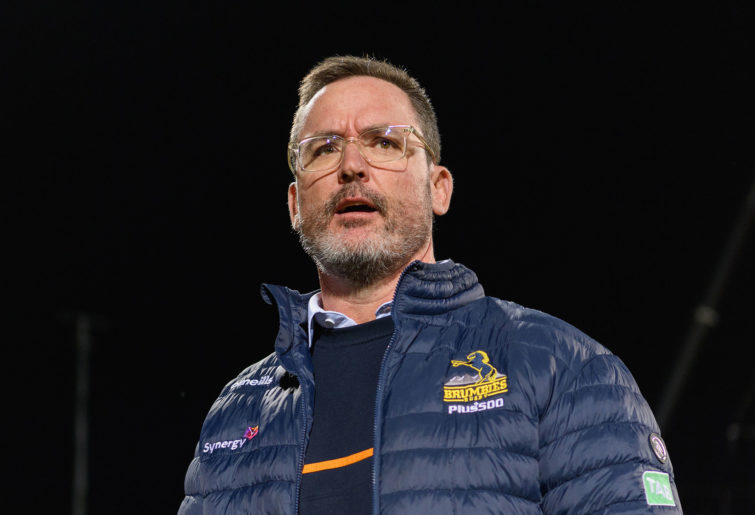 It’s shoulder to the wheel for Neville and front-rowers such as Allan Alaalatoa (in the potentially seminal absence of Taniela Tupou) and fellow debutant, one-time London Irish hooker, Dave Porecki.

Only if these boys do some sort of business against England’s eight will Quade Cooper and his pals get to show what they can do.

And, to be fair, the Wallabies’ back line carries more muscular threat than England’s, Joe Cokanasiga notwithstanding. England look vulnerable to midfield wallop.

Jones is well aware of the importance of results. Hence the recall of 35-year-old scrumhalf Danny Care. So, too, that of Billy Vunipola.

Likewise also the preference for Courtney Lawes as captain over Owen Farrell. Jones wants Farrell to be spitting feathers (as he is at being reduced to the ranks) and is desperate for him to focus on being the world-class player that he can be.

England are up against it. Jones’ credibility is on the line – again. There is a lot riding on this series.

Jones galvanised his team in Australia six years ago and they also got out of jail in South Africa in 2018 to tee up a terrific run to the World Cup final.

It will be fascinating to see if he can goad his players to significant heights yet again.

If he can, then it will make Houdini seem no more than a race-track hustler. Eddie’s great escape act? That’s the name of the game in Perth.