Experts Roar: Coach of the year

It hasn’t been a good year for NRL coaches with three falling by the wayside midway through the year and a few more under pressure to keep their jobs.

But with the finals on the horizon, who has been the pick of the bunch?

Todd Payten and Kevin Walters have each done a tremendous job transforming the Cowboys and Broncos respectively from teams that were at the bottom of the ladder last year to top-four contenders.

Craig Fitzgibbon has lived up to the hype at Cronulla after a lengthy stint as a Roosters assistant coach to take the Sharks to third spot while another rookie, Jason Demetriou, has managed to follow in Wayne Bennett’s giant footsteps without too many dramas to have the Rabbitohs in with a chance of finals glory.

And then there’s Ivan Cleary, who has again delievered success to Penrith with the premiers runaway competition leaders heading into the closing rounds, and Craig Bellamy keeping the Storm in the hunt despite a slew of injuries.

Mick Potter wins the unofficial interim coach of the year for the way he has transformed Canterbury since Trent Barrett’s departure, enjoying much more success than Stacey Jones after Nathan Brown at the Warriors and Brett Kimmorley at the Tigers following Michael Maguire’s exit. 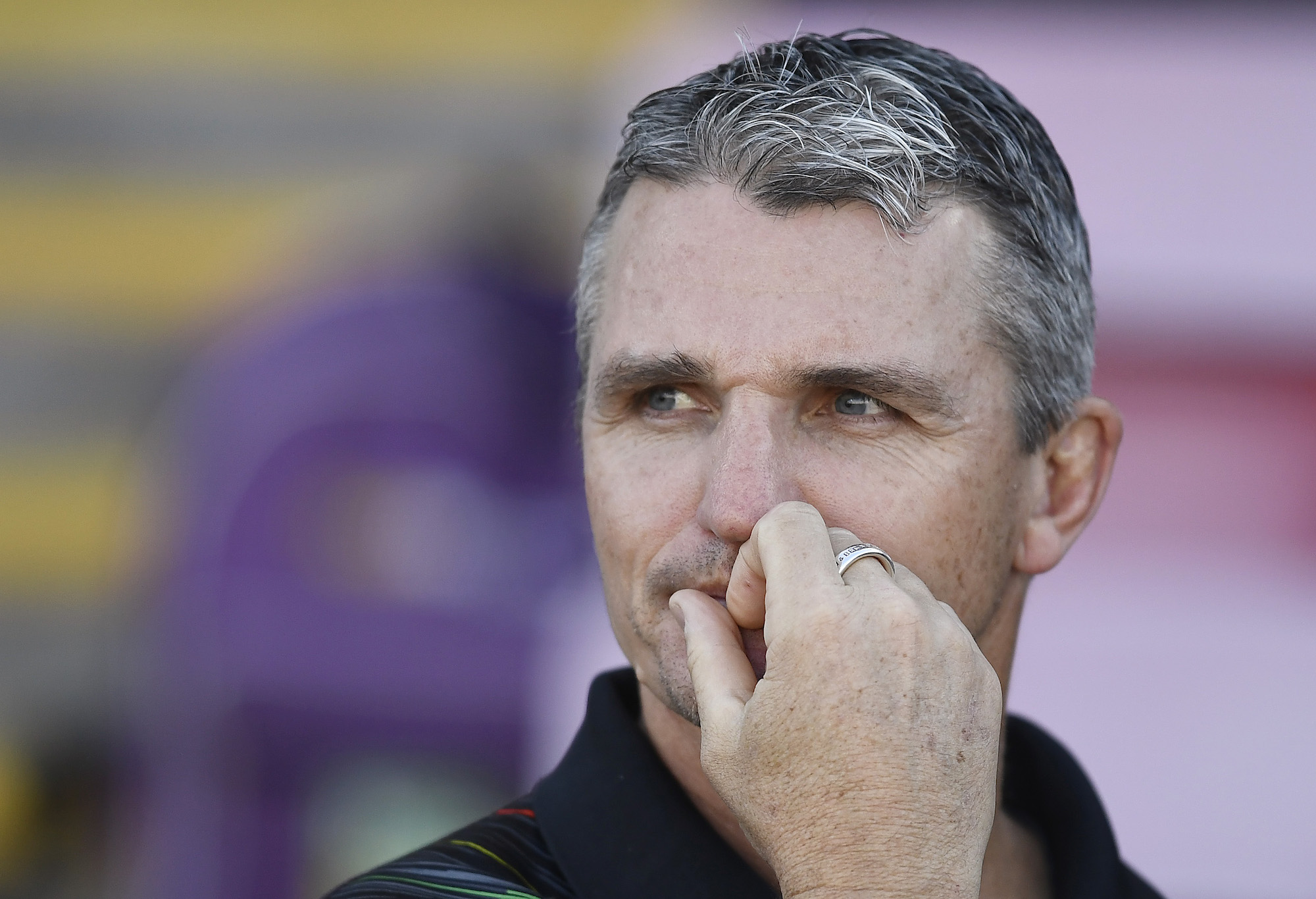 Experts Roar – Coach of the year

Ivan Cleary is my pick for coach of the year. He’s got the Panthers within striking distance of their second minor premiership in the past three years and he’s done extremely well to keep the premiers highly motivated.

They are handling the extra representative demands of Test and Origin matches mid-year very well and they’ve also encountered some adversity to end the season but have hardly missed a beat.

Craig Fitzgibbon has done an excellent job in putting some steel back into the Sharks. They have risen from ninth to third and could finish as high as second under his coaching but it’s the defensive oomph he has brought to Cronulla which has been so impressive.

His attacking prowess has also been a breath of fresh air with the Sharks often having too many in bodies in motion when they run set plays from one side of the field to the other for the opponents to handle. 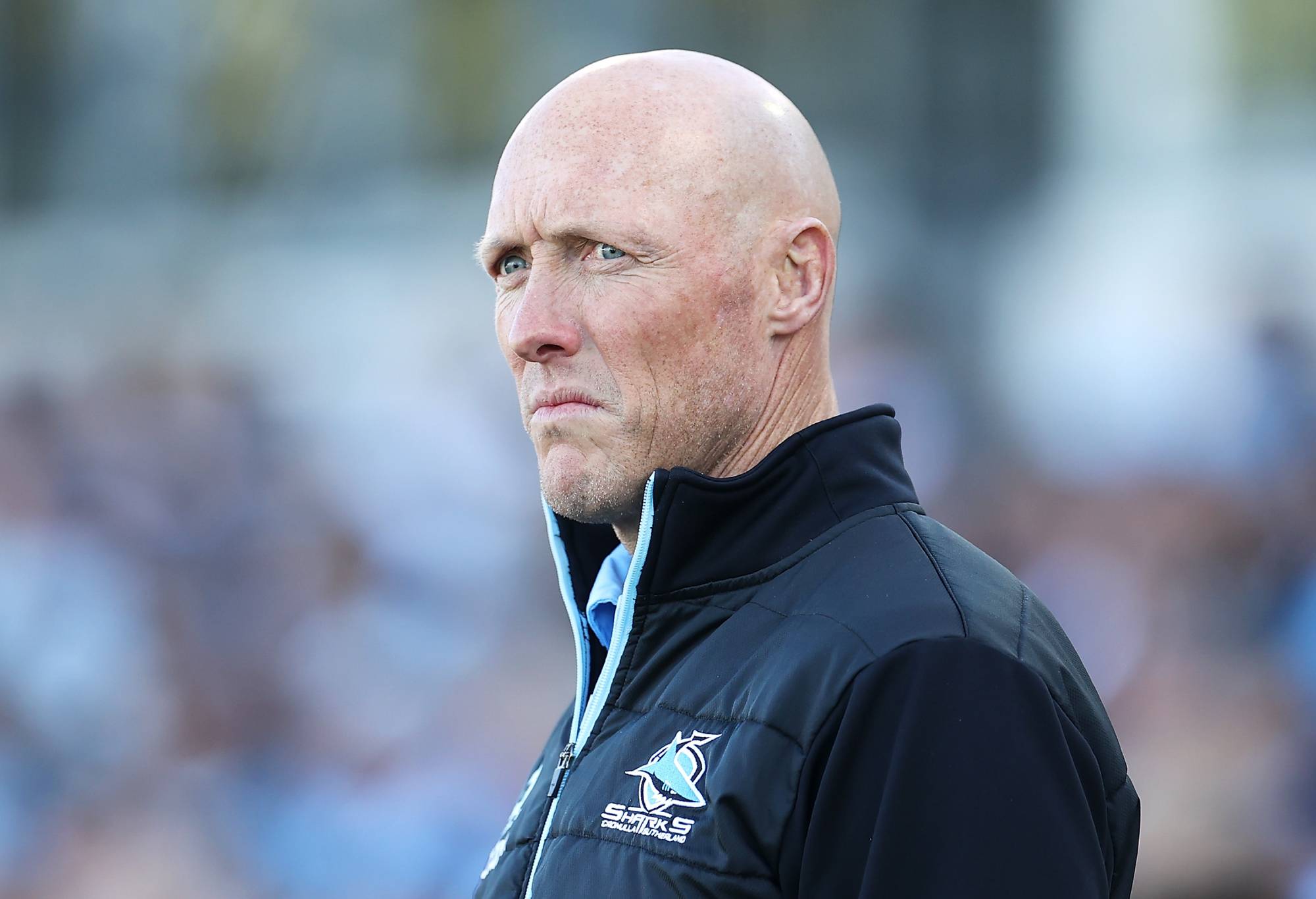 This is a total no-brainer. In less than two years Todd Payten has taken the Cowboys from the bottom four to outright second place and being a true contender. To do this the only purchase of real note has been the maligned and unloved Chad Townsend from the Sharks.

Talking with him in April, he said he was building team success around character. He has clearly been very successful in doing that.

In a very short period, players who were previously described as cast-offs, journeymen and “meat and potatoes” are now besting highly credentialled opponents across all NRL teams. The likes of Reece Robson, Tom Dearden and Scott Drinkwater are exceeding even the most optimistic predictions. Young guns Jeremiah Nanai, Griffin Neame and Reuben Cotter have soared. And old-stagers Kyle Feldt, Townsend and Jason Taumololo are back in career-best form.

There is zero doubt that this dramatic improvement is down to Payten’s superb coaching and his team buying into it.

As I wrote a few weeks back, the coach of the year gong should be firmly in the hands of Todd Payten in North Queensland, with the team’s most recent matches doing nothing to change my view.

On a three-game winning streak and with crucial match-ups against the Roosters, Rabbitohs and Panthers to come across the final month of the season, it is likely the work already done will ensure the Cowboys snare a top-four finish.

With any luck and a continuation of their recent form, the top two appears likely and Payten’s resurrection of the team that finished 15th in 2021 is undoubtedly the most stunning coaching achievement to this point of the season. 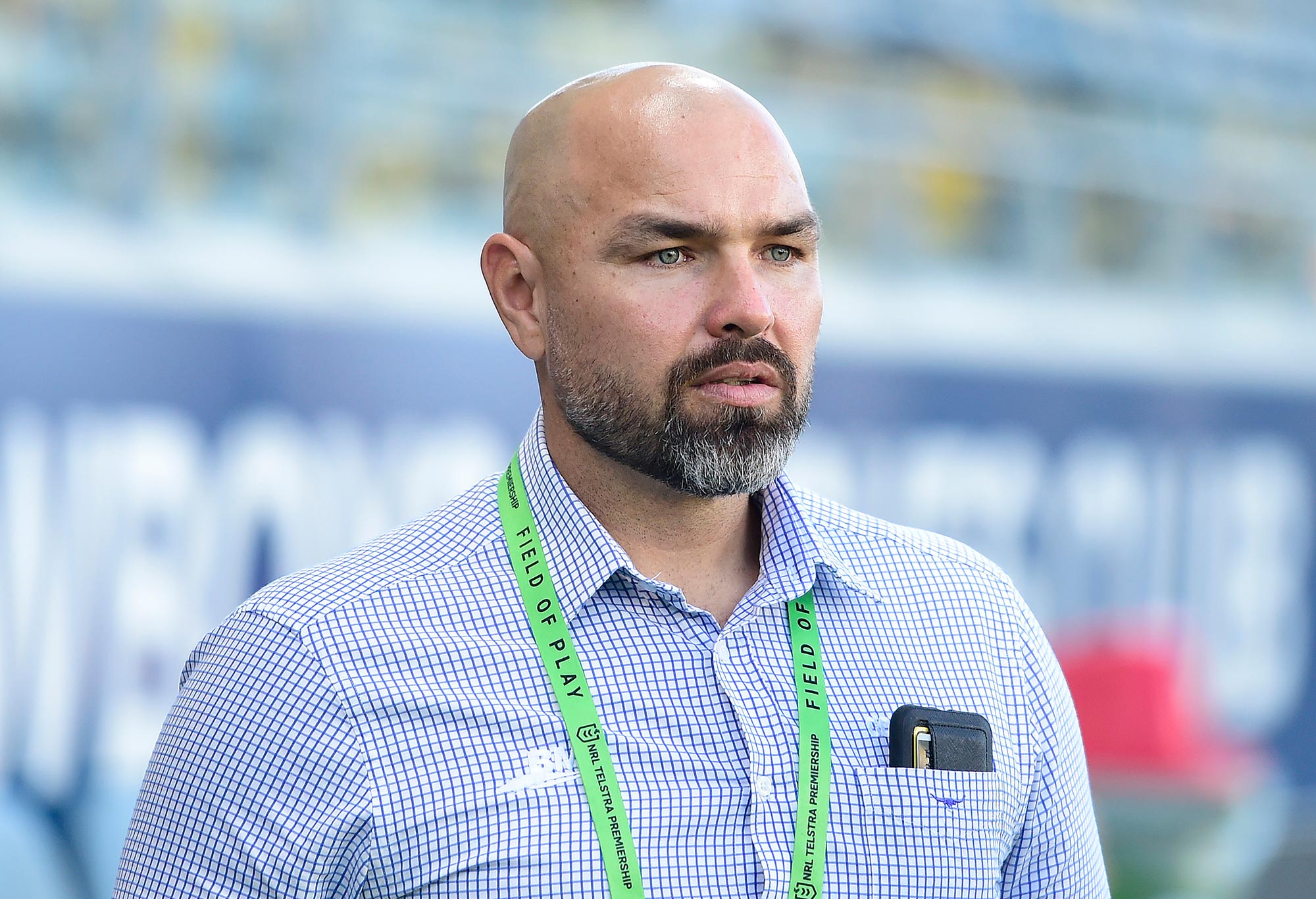 Todd Payten is absolutely my coach of the year.  With the Cowboys in second place, it is a remarkable turnaround from last year with very few predicting they would make the eight.  It is great to also see Jason Taumololo in such good form and the emergence of so much local talent.

Some 20 years ago, at the 74th Academy Awards, a little Aussie film called Moulin Rouge was nominated for eight Oscars. Included in this haul were a number of technical awards, as well as a couple of the big-name gongs, including Best Actress and Best Picture. Conspicuously absent was any nod for the man at the helm of this brilliant pop-culture mash-up, Baz Luhrmann being overlooked as Best Director, leading host Whoopi Goldberg to joke, “I guess Moulin Rouge just directed itself.”

If it’s not clear, the Panthers are Moulin Rouge – complete with awesome singing and dancing – and though just about every player in their best 17 could be in the conversation for an award on Dally M night, they do not coach themselves.

Come what may in the finals, Ivan Cleary has overseen his third consecutive brilliant campaign and is my Coach of the Year.

The obvious answer is Todd Payten, as he’s taken a team from nearly last to nearly top, but on the assumption that everyone will say that, let me put a word in for Mick Potter.

I was at Potter’s first presser as Bulldogs coach and he seemed simply happy to be there, having assumed his NRL head coaching days were behind him and he’d be spending the rest of his time at Mounties in the NSW Cup. 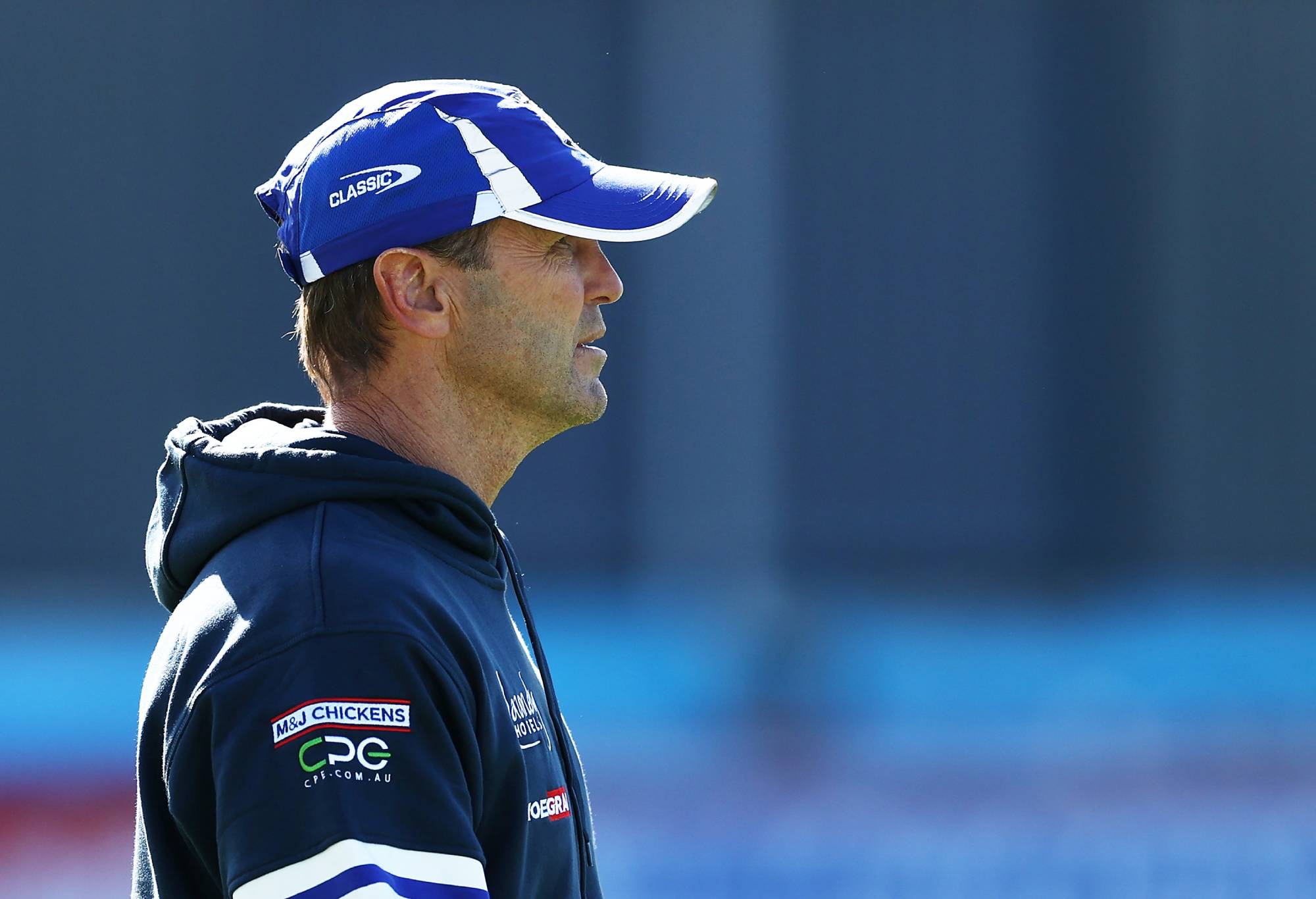 Now, he’ll be high up any list of potential head coaches.

Simply put: he turned the worst team in the NRL to watch into the best. The Dogs players looked like they hated playing rugby league for a living as recently as May, and now it’s a pure vibes train. I’m not sure how long it can last, and perhaps it’ll be better for Potter to hand over the reins before it inevitably goes south, but even if it’s only for this year, he’s had a great run.

Just to be different, Kevin Walters is my nominee. The Broncos were 14th last year – just ahead of the Cowboys – and have turned it around this year. Kevvie has built a great team with Adam Reynolds and Kurt Capwell, along with some young guns, and his side is well and truly in the race for finals footy.