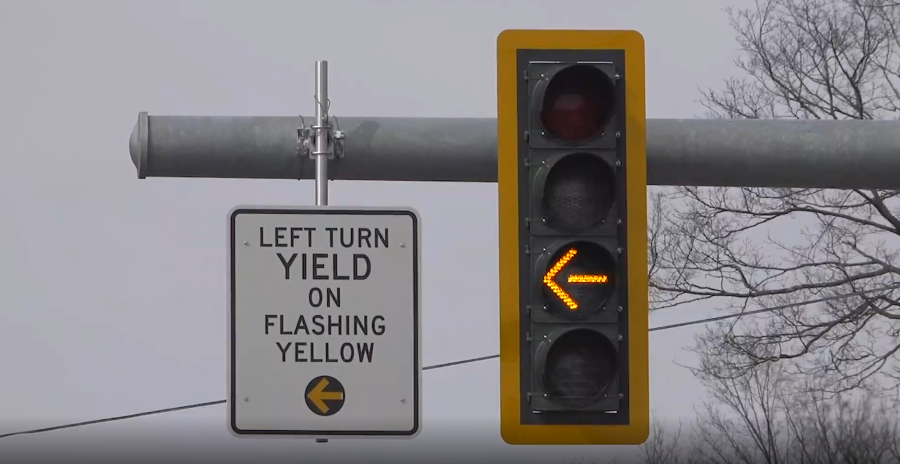 A DOT spokesperson told News 4 the more modern signals will be added to intersections with turn lanes along the Transit Road rehabilitation project through Amherst, Cheektowaga, Lancaster and Depew. They’re also coming to Route 5 in Hamburg and Lackawanna, along Washington Street in Jamestown, and at the intersection of Main Street and North Forest Road in Amherst near the border of Williamsville.

“Flashing yellow arrows on traffic signals enhance safety and help clear congestion at intersections, reducing the risk of collisions on our roads,” Commissioner Marie Therese Dominguez said in a press release. “As part of our commitment to maintaining safe, navigable roadways, we will continue to closely monitor the traffic patterns in Western New York and across the state, and we will utilize the latest and most effective technologies to guide motorists.”

Drivers with a flashing yellow may proceed if oncoming traffic is clear. The DOT also reminded drivers that pedestrians crossing the road always have the right-of-way over turning vehicles.

There are currently 40 intersections in Western New York maintained by the DOT that feature flashing yellow arrows, they said, including a recently completed project at Niagara Falls Boulevard and Maple Road on the border of Amherst and Tonawanda.

The DOT released the video below to further explain on flashing yellow arrow work.