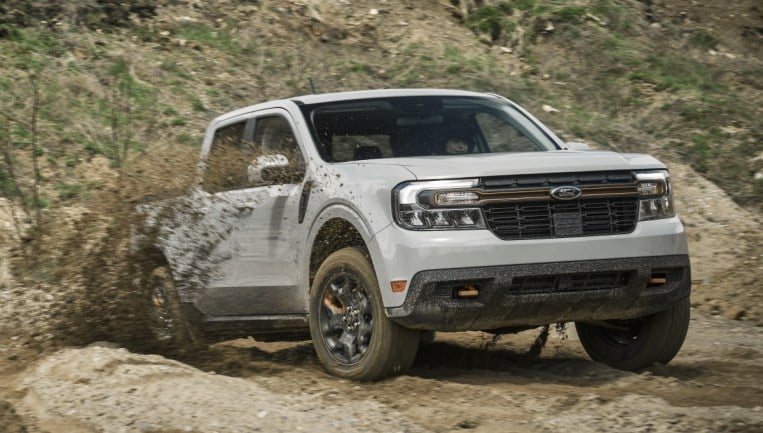 You know that little guy that can hang? The guy in the gym who strides quietly up to the bench and loads it with so much weight that you worry about him lifting it, but it turns out he’s just warming up with that? The freshman who tries out for the varsity softball team and hits the only home run off the star pitcher?

This is that, as a truck.

Meet the 2023 Ford Maverick Tremor. A genuine off-roader built off a compact truck meant for hauling topsoil back to the suburbs.

The Ford Maverick, in case you haven’t been in the truck market in a while, is the darling of the automotive press this year. We gave it our own Best New Model award.

It’s the first genuine compact pickup truck in a decade. In an era when trucks keep growing, it’s actually small – not quite compact-car dimensions, but close. With trucks growing more expensive every year, it’s actually cheap – the starting price was just under $20,000 before a recent inflation adjustment. And with $4 gas, the Maverick comes standard in hybrid form. The EPA says it gets 42 mpg in the city.

But you wouldn’t buy a Maverick and ask it to do what a real off-road truck can do. That’s not the problem it solves.

Ford, however, wanted to see what the little guy could bench. 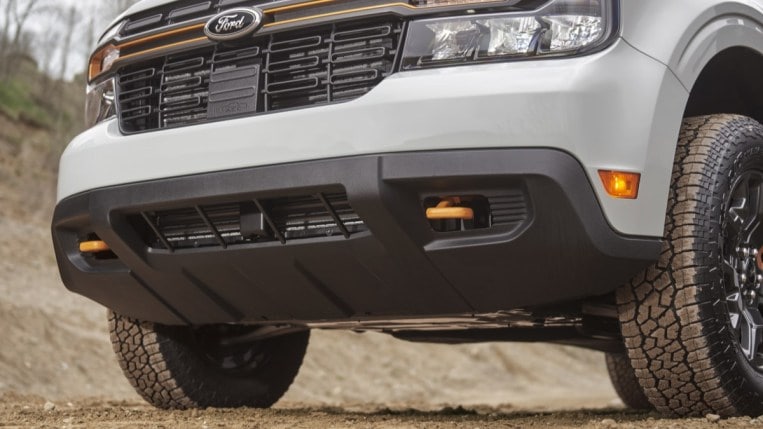 A Maverick Built for the Trails

The Maverick Tremor isn’t a separate model. It’s a package of off-road gear available on the truck. And you can’t get it on hybrid Mavs. It’s offered only on the mid-level XLT or top-end Lariat trims of the gas-powered Maverick.

That means it gets a 250-horsepower 2.0-liter turbocharged 4-cylinder engine. All-wheel-drive is standard.

It’s a lot of equipment for a reasonable upgrade price. The Tremor Package costs $2,995.

The package adds a retuned suspension, 17-inch wheels, and all-terrain tires. Ground clearance is 9.4 inches – 0.8 more than other Mavericks.

The real trick, though, is the twin-clutch rear differential borrowed from the Bronco Sport Badlands that can lock itself for extra traction or send torque to either rear wheel to keep power where there’s grip. Skid plates protect the undercarriage. 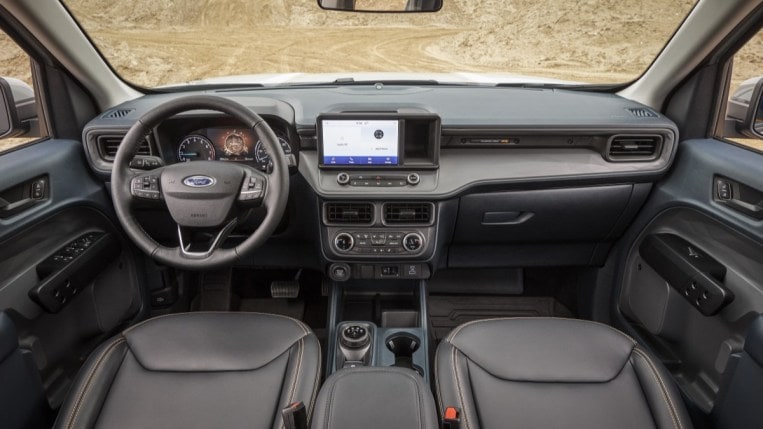 The Go is Standard. The Show is Optional.

Ford Tremor models usually get orange accents to set them apart, and this one is no different. Visual changes include orange trim on a darkened grille, blacked-out Ford logos and darker trim around the head and tail lamps, plus orange tow hooks.

Inside, the Maverick Tremor gets black onyx seats with Tremor orange accents and the Tremor logo embossed on the seats.

An available Tremor Appearance Package (another $1,495) adds a Carbonized Gray painted roof and mirror caps, and Tremor graphics. We appreciate that Ford gives you the option of buying all the functional upgrades without some of the visual hints that they’re there if you’re the stealthy kind.

Because it’s fun for that freshman, in the moment before everyone knows she can hit.

Table games you can find within online casinos

Should You Sell Your House or Rent It Out? — Things to Consider