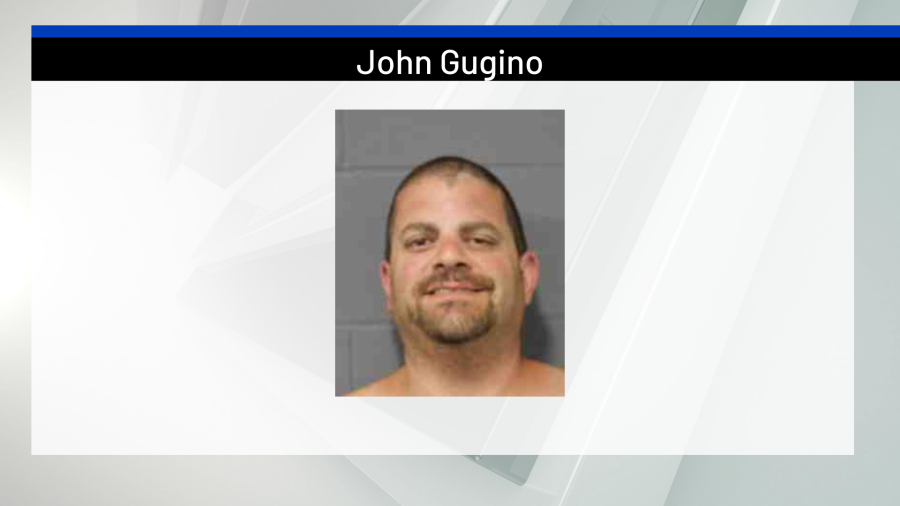 ORCHARD PARK, N.Y. (WIVB) — A former jail deputy with the Erie County Sheriff’s Office is back in hot water, this time for allegedly threatening law enforcement while being ejected from the Garth Brooks concert at Highmark Stadium.

It all started around 9:11 p.m. on July 23, when John A. Gugino, 46, of Hamburg, refused to leave the concert after he was ejected for profanity that broke the fan conduct policy, according to the Erie County District Attorney’s Office.

Gugino allegedly ignored orders and struggled with deputies, scratching the right forearm of a deputy during his escort out of the stadium. Gugino also stands accused of making threatening comments toward a member of the Erie County Sheriff’s Office.

He was arraigned Tuesday evening in Orchard Park Town Court on one count of third-degree criminal trespass and two counts of second-degree harassment. Gugino was released on an appearance ticket.

The DA’s office opened a conduct investigation into sheriff’s office employees handling the situation and hasn’t found any evidence of wrongdoing, an ECDA spokesperson said.

The Erie County DA’s Office sent a letter to the Hamburg Town Court requesting that Gugino be resentenced on a misdemeanor drug conviction. A DA spokesperson said Gugino could face a maximum of one year in jail if the judge resentences him.

This isn’t the first time Gugino has had a run-in with Erie County law enforcement. He was convicted of a drug possession charge after a sheriff’s deputy pulled him over on Milestrip Road on the evening of October 17, 2020, and executed a search warrant.

A search of his vehicle turned up a small amount of cocaine and Gugino, who was a jail deputy at the time, was charged with felony cocaine possession. The charge was later downgraded after lab testing revealed the weight of the cocaine merited a misdemeanor, according to the DA’s office.

On May 10, 2022, the morning his non-jury trial was to begin, Gugino pleaded guilty to one count of seventh-degree criminal possession of a controlled substance. Exactly one month later, Gugino was fired from his Erie County Sheriff’s Office job.

On July 21, 2022, Gugino appeared in Hamburg Town Court and was sentenced to a one-year conditional discharge. He was ordered to perform 50 hours of community service and pay a $205 fine.

Will Clarkson choose the Bombers or the Roos?