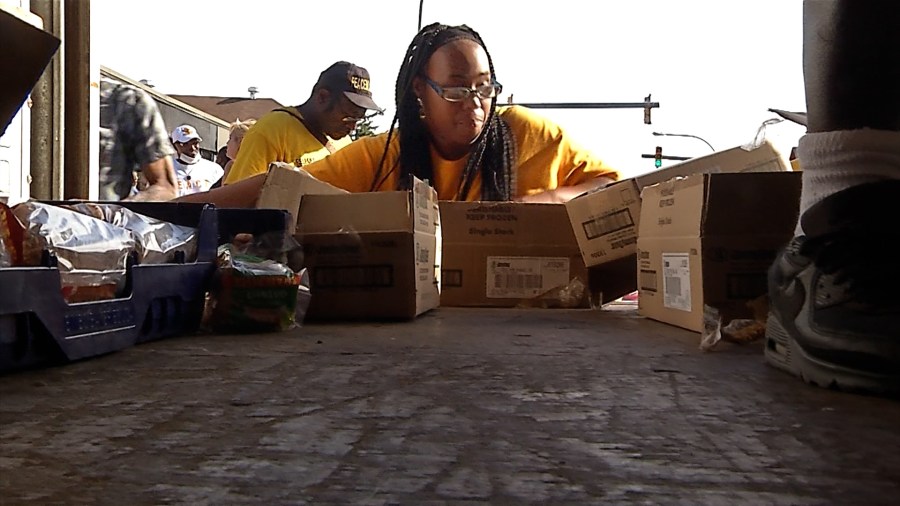 BUFFALO, NY (WIVB) – There are questions about what’s being done with millions of dollars from New York State intended to help people in the Jefferson Avenue community following the Tops mass shooting. In the weeks following that awful tragedy, the state announced plans to help people with food, utility bills and home repairs.

But, there have been some delays with that plan. The $50 million in funding was supposed to help people with immediate needs — from putting food on the table, to keeping the lights on — some parts of the program have run smoothly, other parts, not so much.

On Friday on Jefferson Avenue, there was yet another food giveaway — a common sight following the Tops mass shooting, which resulted in the Tops on Jefferson being shuttered for months.

Three million dollars was supposed to go to the African Heritage Food Cooperative, but in an email, the organization’s founder Alexander Wright, said that money still has not arrived. He added that he is confident the money is coming.

But the Governor’s Office, after numerous requests for information, has not said when.

Plus, millions more are supposed to go to small businesses in the 14208 and 14209 zip codes, and to residents for home repair, utility bills and a first time homebuyer’s program, but the state has not provided details on how many people have actually taken advantage of the program.

PUSH Buffalo — one non-profit that’s running the home repair program said in a telephone recording that a waiting list is backed up.

Murray Holman, the executive director of Stop The Violence in Buffalo is like many community leaders, pleading for more investment on the city’s East Side.

Many have seen other parts of Buffalo and wonder — why not here?

“I can see if you go in Larkinville, it’s quick boom opened up, let’s do that here,” Holman said.

The state did set up a free shuttle after the mass shooting, and last month, Goodwill opened a job placement walk-in center on Jefferson Avenue, both of these were of that $50 million plan. But addressing food insecurity long-term and helping people out where they live is still something people are waiting on.

In response to our questions on Friday, Empire State Development, an arm of New York State government, said ESD is working on a response to News 4, and that multiple agencies need to be contacted.