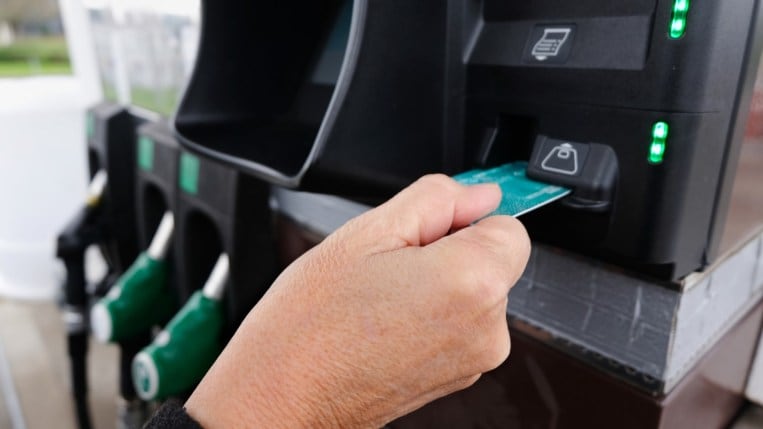 Filling up the tank today requires a higher bank balance than it used to, even if you’re only buying a little gas.

The Wall Street Journal reports that both Visa and Mastercard have raised the amount a gas station can place on hold when you swipe your credit or debit card to $175.

Most gas stations require you to swipe your credit or debit card before you begin pumping gas. Because the station has no way of knowing whether you’re going to buy one gallon or two dozen, stations pre-authorize your card by placing a short-term hold on some of the money in your account. They later charge you for the amount of gas you actually buy and release the hold.

The hold typically lasts just hours but, in some cases, can last days.

It’s up to the gas station what figure they place on hold. But both major credit card companies allow them to hold only so much. Both companies set that hold limit at $125 in April when the nationwide average price of a gallon of gas hovered around $4.30. Today, with the figure close to $5, they’re raising it.

AAA explains, “The pre-authorization is no big deal if you have enough credit on your credit card or cash in the bank. It becomes a problem when it temporarily limits your purchasing power or puts you in arrears.” Holds can trigger overdraft fees or prevent you from getting gas if your card is declined for the hold – even though you didn’t plan to buy more than you could afford.

How To Buy Gas Without a Hold

There are two ways drivers might get around the problem.

The other option is to pre-pay in cash. Again, this requires going inside the station to speak to the cashier.

After over 1,000 days, it’s home sweet home for the New Zealand Warriors