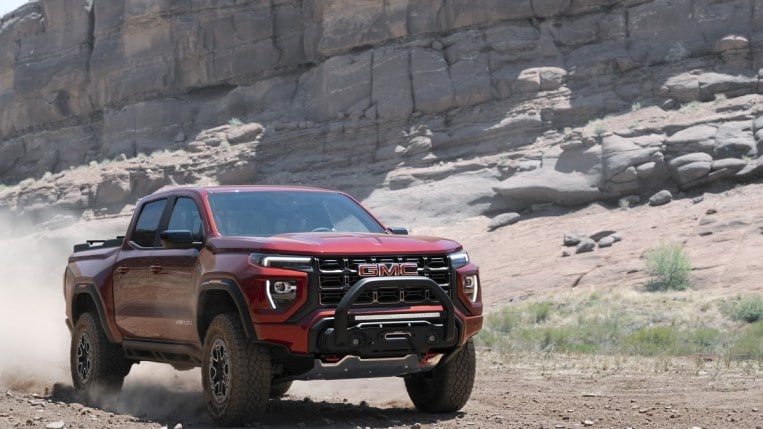 GMC today unveiled an all-new 2023 Canyon midsize truck, redesigned from the wheels up. The new Canyon is set to begin production next spring, with a starting price of “around $40,000.”

General Motors sells its trucks under two names. The classic idea behind that approach was that Chevrolet versions would attract mainstream buyers, while GMC trucks would bring in premium truck buyers. The lines have blurred over the years, with plenty of high-end Chevy trucks as luxurious as their GMC brothers and GMC adopting the “professional grade” tagline that makes its trucks sound like the worker’s lineup.

The GMC still rides on the same chassis and uses most of the same parts as the Chevy Colorado midsize truck. Chevy revealed an all-new Colorado just two weeks ago. 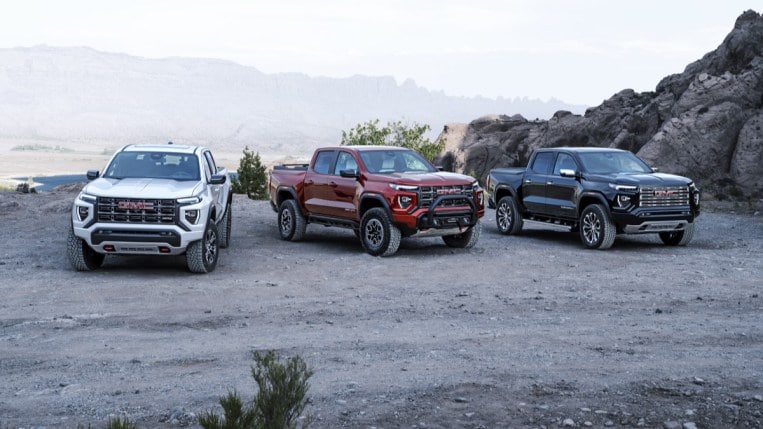 Canyon Gets Colorado’s Most Powerful Engine

The Colorado comes with a selection of three turbocharged 4-cylinder engines. The Canyon skips the two lower-end ones, opting for just the most powerful option. It makes 310 horsepower and 430 pound-feet of torque.

It sends power through an 8-speed automatic transmission to the rear wheels in base Elevation trim, or all four in Elevation 4WD, mid-level AT4, off-road AT4X, and luxurious Denali trims.

GMC calls the suspension on the base Elevation model “an off-road suspension package.” It also says Elevation, AT4, and Denali trims come with a “2-inch factory lift” for 9.6 inches of ground clearance. We’re a little puzzled what the standard ride height is “lifted” from, but that does give the impression of having already been prepped by a shop for improved off-road performance.

The AT4X comes with a 3-inch lift for 10.7-inches of clearance. Multimatic DSSV shocks are standard on the AT4X and available on other trims. 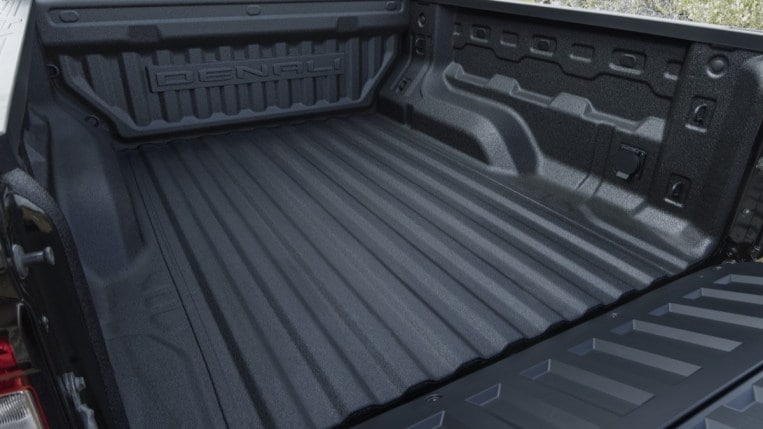 The Look: Athletic But Toned-Down

Its Chevy Colorado brother is brash-looking, with a hood full of character lines and an available ZR2 edition covered in bull bars and roll bars.

The Canyon, as befits the truck driven by the worksite manager, is just a touch more subtle.

The washboard effect of the many-creased hood is technically present on the GMC model, but it doesn’t draw the eye as insistently. It does get a complex front end, with smaller grids inside the big grids of its grille and daytime running lights like slit eyes over big headlights.

Most of the drama is up front. The bedsides have more subtle character lines. 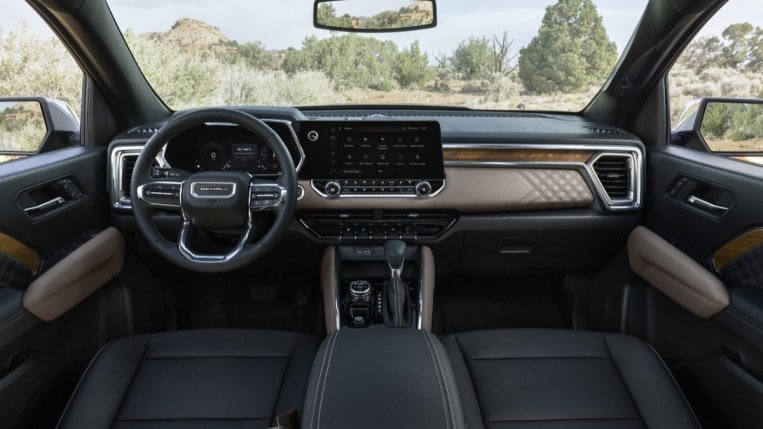 GMC trucks are all about their interiors. The 2023 Canyon’s cockpit has a blocky, upright theme with lots of hard angles. But they are covered in soft-touch materials. The 11.3-inch central touchscreen and 11.1-inch driver’s instrument screen take up much of that vertical real estate. But designers had the good sense to add a volume knob and separate climate controls with glove-friendly knobs. As with the new Colorado, all Canyon models are crew cabs.

GMC says each trim’s cabin “is designed with its own unique identity” and materials. The Canyon Denali has a particularly nice balance of laser-etched wood and leather. The AT4X also gets a head-up display.

A reconfigurable bed rail system gives hauling flexibility, while a waterproof storage compartment built into the tailgate protects long tools or serves as a cooler. 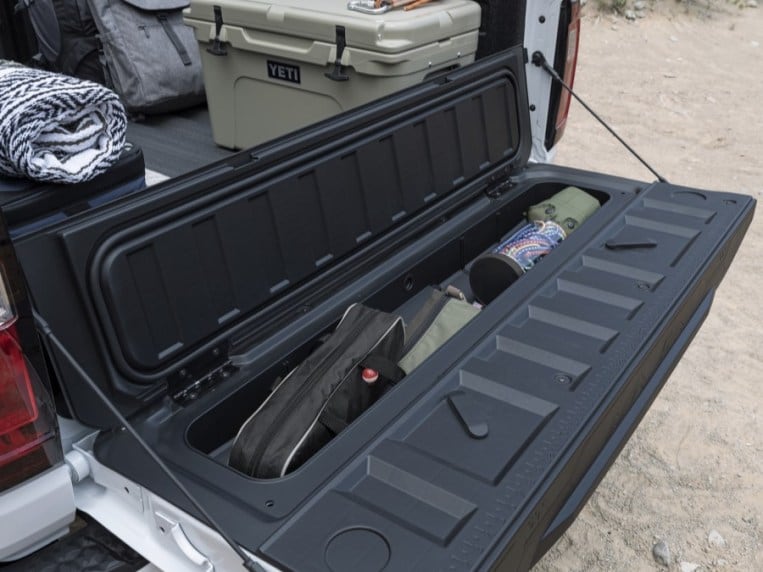 The Canyon Has Its Own Niche

The midsize truck market is full of capable trucks that are so similar they’re nearly interchangeable. The Canyon has always staked out one of the only unique spots in that field with its luxury trappings and now-that-you’re-in-management feel. GM doesn’t need it to knock the Toyota Tacoma off its perch at the top of the class to do well.

But the upgrades have the potential to move it up our Best Midsize Trucks chart. We look forward to getting the chance to test it to let you know.

Forex.com Review – Is It the Best Forex Broker?