Government Says Tesla Has the Most Automated Crashes; But Don’t Read Too Much Into That 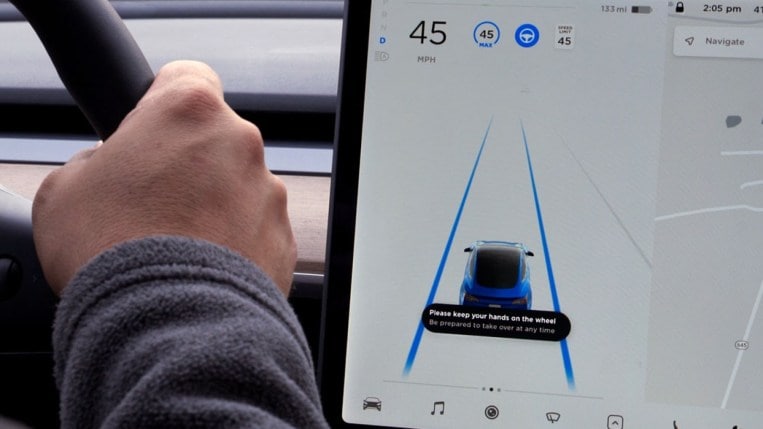 By now, you’ve seen the headlines. But they lack context.

According to the federal government’s primary vehicle safety agency, Tesla cars had 273 crashes involving automated safety systems like its Autopilot system. That’s nearly 70% of the 392 accidents on record since a new regulation required automakers to begin reporting them last June.

Honda cars, the National Highway Traffic Safety Administration (NHTSA) says, had 90 crashes. No other automaker reported more than 10. Nissan reported none at all.

Does the news mean you should trade in your Model 3 and order a Nissan Ariya? Probably not.

On releasing the data, NHTSA Administrator Steven Cliff cautioned reporters, “Understanding the story that the data tell will take time.” The information, he said, “is by itself inadequate to draw conclusions regarding safety.”

There Are No Self-Driving Cars

First, the obvious – there are no self-driving cars for sale anywhere in the United States. SAE International, a global association of engineers and related technical experts in the aerospace, automotive, and commercial vehicle industries, has laid out a useful framework for thinking about self-driving systems.

They sort the technologies into five levels. No automaker has yet sold a car beyond Level 2 – a level that requires the driver’s constant attention.

Tesla markets its two systems under the names Autopilot and Full Self-Driving, which can easily lead to confusion. Neither system is a true autopilot, and the company has admitted to regulators that neither will ever be fully self-driving.

Tesla Has the Most Accidents, But Also (Probably) the Most Miles Driven

Tesla may have the most accidents involving automated systems because it has the most cars on the road that use them. The Associated Press reports that Tesla has sold about 830,000 cars using Autopilot or Full Self-Driving since the systems first appeared.

GM, the AP says, has sold about 34,000 vehicles that use its comparable Super Cruise system.

Ford’s BlueCruise is even newer and likely on the road in smaller numbers.

Automakers report the data to NHTSA themselves. It’s unclear that they all use the same standards for determining when a crash involves automated systems.

Some may not even have reliable data. Tesla’s systems use their onboard cellular systems to report crashes to the company. In its report to NHTSA, Tesla noted that 100% of its crash reports came from that telematics data.

Many other companies’ systems do not. Honda, for instance, reported one crash from telematics data and 89 from consumer complaints.

Some automated systems, when they detect a likely crash coming, prompt the driver to take over to try to avoid it. That complicates efforts when determining whether a crash involved a driver aid.

It may be hard to discern a meaningful pattern from the data. But one thing is clear – driver aid systems are under increasing scrutiny.

Several auto safety watchdog groups outside the federal government have criticized the systems this year.