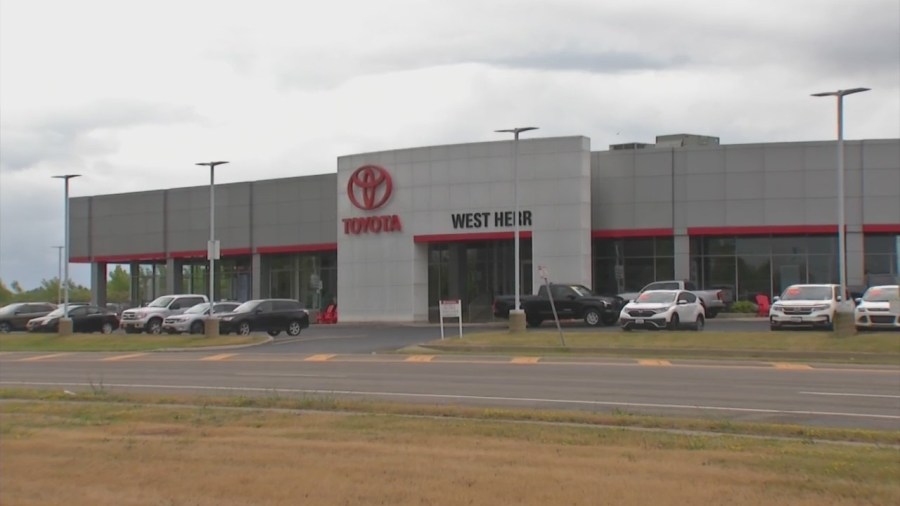 HAMBURG, N.Y. (WIVB) — Most of the cars stolen from the West Herr dealership in Hamburg have been recovered.

As of Monday, 13 had been recovered but police are still looking for three suspects.


Toys “R” Us returning to Buffalo in Macy’s partnership

Both used and new cars were stolen.

Captain Nicholas Ugale says the the crime were committed from early Friday evening until 4 or 5 o’clock in the morning.

He says several cars were recovered Saturday morning. Six were found in Hamburg at locations like Tim Hortons, Wegmans, and a church, and seven were found in Buffalo.

He also said the group took more fobs than cars. Captain Ugale says the suspects tried to go back and take more cars with those extra fobs on Saturday night but they were scared off.


8 arrests made by Sheriff’s Office at Thomas Rhett concert

He says this type of crime is becoming easier to commit but he hasn’t seen it on this large of a scale in Hamburg.

“The laws don’t help a lot either with the unauthorized use of a motor vehicle sometimes not carrying a lot of weight in court and they’ll get released fairly quickly,” Ugale said.

He also said Hamburg police try to drive by the dealerships once an hour after closing time.

Anyone with any information is asked to contact the Hamburg police non-emergency line.

Kayla Green is a reporter who has been part of the News 4 team since 2021. See more of her work here.

Difference Between Bitcoin And NFTs?