How can Australian football attract new fans to the beautiful game?

In May this year, over 70,000 people watched Australian Bailey Wright help AFC Sunderland secure promotion to the second tier of English football under the famous arches of Wembley.

Amongst the crowd were some 250 supporters who had made the trip to London from Spain to support Sunderland’s opponents that day, Wycombe Wanderers.

The fact that a small-town football club in England whose history can boast no higher a finish than 41st in the English football system could amass such an overseas following was the result of a social media triumph from Spanish football media outlet LA Media Inglesa.

Wycombe Wanderers were able to capitalise on the mutual passion for football which transcends language and culture and produce an exciting experience at even the third tier of English football.

If a team that has only held professional status within the last 30 years can take initiative and garner such an enthusiastic following and passion from not only their locals but also abroad, it poses the question as to why with the amount of sport being played in Australia, the world’s most popular sport is yet to really take off down under.

With the undisputed popularity of cricket and Australian rules football, soccer has already been put on the back foot. What really excites people about soccer in England is that anyone could round up 10 of their mates and create a local team which could theoretically climb the ladder to the very top of English football.

A structured tier system allows competition, with teams having to justify their position with relegation and promotion based on performance very much a possibility.

Domestic cups in England have seen part-time butchers, postmen and schoolteachers take on footballing elite. It is something the country is proud of and the ‘working man’s game’ is inclusive and provides optimism to a nation of young soccer fans.

The same tiered system isn’t present in Australia, with A-League teams sure of their future spot at the highest level, regardless of the performances of the previous season. Local teams know that no matter how much they achieve, it is almost impossible for them to reach the highest tier, which reduces competition – a key component of what makes sport great.

The sheer size of Australia doesn’t help. Teams not playing at the highest level don’t have the financial capability to travel cross country, and fans may have to travel long distances to watch the best teams play their home games, let alone away games.

Despite the setbacks, there is still so much potential for a rise in popularity of soccer in Australia, with much more that can be done to promote the sport.

The lack of competition amongst professional soccer teams in Australia can provide the foundations for a number of benefits. For example, if someone living in Western Australia wants to watch soccer of the highest standard within their state, they only have one place where they can go to do so. A-League clubs have the advantage of a wide area in which to attract potential viewers to the most lucrative of Australian fixtures.

Paramount+ securing the broadcasting rights for the A-League from the 2021-22 season has meant that fans need to subscribe to yet another streaming service to get their footballing fix. The average footballing fan in Australia is more interested in European leagues and the national side than the Australian domestic league.

Whilst Paramount+ offers the World Cup qualifiers, the lack of ownership over the actual World Cup and over other football available to watch makes this streaming service all the more unattractive.

Modern sports streaming services have to compete with the popularity of social media sites such as TikTok, where many young fans are focusing their attention for shorter clips of the more exciting moments of sports as opposed to the whole match.

Optus Sport has done really well at breaking down longer football matches into shorter formats to appease viewers who lack the time or desire to sit and watch a full game.

The average soccer fan in Australia also enjoys watching other sports as well such as AFL or cricket, and Paramount+ is yet to offer broadcasting for any other sports, which could also put people off building on top of their monthly bills even further.

After peaking about the inclusivity of football in England, there are still sexist barriers, and after moving to Australia, I can see that women are much more enthusiastic about soccer especially when it comes to playing it at a grassroots level.

The Women’s World Cup 2023 being held in Australia and New Zealand has the potential to generate some serious excitement across the country as the increasingly popular women’s game brings its most prestigious competition nationwide. 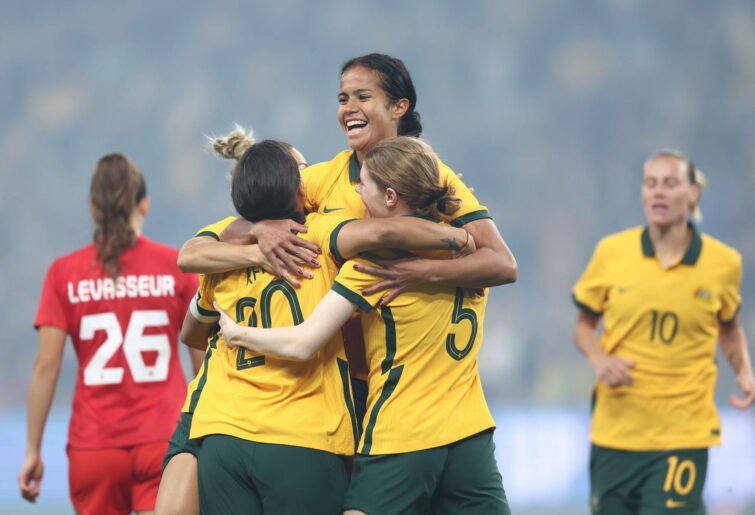 Western Australians such as Trent Sainsbury and Adam Taggart who have achieved footballing success and frequently represent the national side are role models for young soccer players in WA. Perth’s very own Sam Kerr is one of the most decorated and highly regarded female soccer players in the world, and her feat of a third-place finish at the Ballon d’Or awards in 2021 is unrivalled by any Australian, male or female.

As an avid football fan and member of the Football West community, it is so disheartening to see stories of violence and disorder at a grassroots level completely overshadowing stories of footballing success of people from our community.

Attacks on referees and players have dominated the headlines and talk at community football whilst the successes of our very own should bring pride to the footballing community in Western Australia and not the shame it seems to be experiencing of late.

Experiences at Perth Glory matches have caused many members of the footballing community in WA to question the motives of organisers, with an abundance of adverts both around and during the matches creating a stale atmosphere at matches and taking away that exciting feeling of going to watch your team play. Fans pay almost double to watch Perth Glory play than they do to watch Perth Scorchers play in the Big Bash League.

With Perth Scorchers playing at a world-class stadium with cheaper prices and a longer amount of time spent there to enjoy your fixture, it is no wonder that the stands at HBF Park are so thin when Perth Glory play their home games.

The footballing community in Western Australia would love to see more incentive to attend these fixtures, with nothing currently available in terms of discount or reward for continuous supporters of the Football West community.

“Football is a game that fascinates people around the World like nothing else.” – Berti Vogts

Football can be 90 minutes of release for people battling against their own problems in life. It is a time to clear the mind and can be a great natural remedy for both body and emotion.

The recent successes of the Australian national side should inspire a push to get people involved in soccer at both a national and local level and a nation watching their country perform at the World Cup in Qatar will hopefully form the basis of a surge in popularity for soccer in Australia.