How EV Charging Could Become Easier in the Future 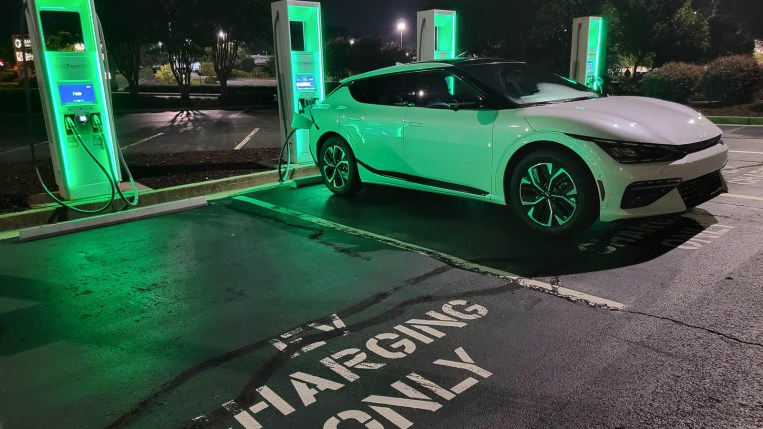 Where and how to charge an electric vehicle remains one of the biggest contributing factors facing car shoppers considering switching to an EV. Drivers of electric cars can recharge at about 50,000 public charging stations in the United States.

While sales of electric vehicles still make up only a small percentage of the total amount of cars and trucks sold each year — approximately 5%, according to recent data from Cox Automotive — these numbers will likely spike upward over the next decade. But how will EV charging infrastructure adapt to the increasing number of electric cars and PHEVs (plug-in hybrid vehicles) that need an efficient and reliable means to recharge?

From robots and charging pads to places that vastly expand your options to charge on the go, we’ll tell you what you need to know about the future of EV charging.

At the moment, finding a reliable method of charging an EV can be a harrowing experience unless you have a charger installed at home or work. When a public EV charging station is available, there’s always the chance it’s already occupied by another electric vehicle. Or, worse still, a gas-powered car whose owner didn’t know (or care) the spot is reserved for EVs.

There is also a matter of time — specifically, the amount required to give an EV enough juice to get back on your road trip. The charging times can vary from 20-30 minutes when using a high-output Level 3 DC fast charging station to 24 hours or more if you rely on a basic 110-volt Level 1 charger. Between those two options is a 220-volt Level 2 charger, which can add about 20 miles of range in an hour of charging.

While 110-volt outlets are everywhere and 220-volts are also very common, the best solution seems to be DC fast chargers, right? Unfortunately, the expense of installing and operating them is prohibitive. Plus, not all EVs have fast-charging capability. If your head is starting to hurt, don’t worry; there is good news and lots of innovation on the way to make EV charging more convenient.

How Charging Your Electric Car Will Look in the Future

An essential first step is building more public charging stations to cope with the expected surge in electric car sales. Federal EV tax credits and state and local incentives are geared toward promoting electric cars, including the expanded tax credits for both new and used electric vehicles. The initiatives help the vision of more public charging stations come to life as more EVs hit the road.

Yet the need to create a more robust EV charging network is equally vital to getting people to give up a gas station for a charging station. We’ll get back to this topic shortly.

What if you didn’t need to find a charging station in the first place? Imagine parking your car and having a friendly robotic helper lend a hand or, more to the point, a cord and battery to keep your EV charged up. That’s the goal of projects like Ziggy, a mobile EV charger under development by EV Safe Charge.

How it works is simple and effective. Let’s say an EV driver parks in a lot and taps in their vehicle’s location via an app. This alerts Ziggy, the recharging robot that’s akin to a refrigerator-sized battery on wheels, to proceed to the EV’s parking spot.

A couple of caveats remain. First, Ziggy can’t physically connect itself to a vehicle, so you’ll still need a set of human hands for that task. Second, Ziggy doesn’t move quickly. It rolls around at a sedate walking pace, so it could be a while until it reaches some spots in a large parking structure. Yet the idea of mobile and semi-autonomous charging aids means fixed-in-place charging spots could someday be redundant.

With the recently passed infrastructure bill, a key number to remember when it comes to future charging infrastructure is 500,000. That’s how many public charging stations the bill is intended to create across the U.S. Where exactly these stations are installed and how many might be located where you call home is still undecided.

Currently, the number of EV charging stations numbers vary by state and population density. California and New York have thousands of stations, while North Dakota and Nebraska have only dozens of public charging stations available.

Tesla has also stated that the company will eventually open its Supercharger stations to non-Tesla vehicles. Pilot programs are under way in several European countries, including France, Germany, and Spain. There is no set timetable regarding when Tesla’s U.S. network of approximately 1,200 Supercharger stations will be available for other EV drivers. However, recent reports suggest it could start happening by year’s end.

A robotic EV charging helper might be handy. Still, not every portable charger needs to be quite as futuristic — or terrifying, if you’re worried about a robot revolution coming soon. Portable EV chargers, such as those built by Lightning eMotors, can significantly vary in size. Some are as small as a suitcase or as large as a trailer and pulled by a truck.

Portable chargers could be beneficial when EV charging demand suddenly spikes upward. Compare it to having portable toilets set up in a field for an outdoor festival, but cleaner. Mobile EV charging could alleviate overwhelming existing EV infrastructure without the extra expense of installing permanent charging stations.

Will Gas Stations Get in the Game?

Many oil companies are already claiming a stake in the EV networks by creating charging stations or promoting products aimed at EV vehicle maintenance. BP and Shell have already announced ambitious plans and billions of dollars worth of investments in electric charging stations.

Since the need for petroleum won’t disappear overnight, it makes sense for oil companies to hedge their bets that EVs aren’t a passing fad or stopgap measure to the automotive world’s “next big thing.”

We’ve talked about types of charging stations and even stations that come to you. But what about never having to stop to recharge? This might sound impossible, but wireless charging pads could help boost EV range — even on the highway. The technology is already there, with wireless charging pads giving juice to needy smartphone batteries.

The issue is scaling the tech to serve electric vehicles that have an enormous appetite for energy compared to the phone in your pocket. The technology and installation costs involved in wireless charging are also higher than more traditional cord-and-plug solutions. However, this could change with future development.

Wireless charging pads embedded in a road surface could feed your car added driving range while you’re on the move. They could be at stop lights or curbside parking spots in a city environment. Of course, wireless EV charging could also help to declutter your garage or driveway, eliminating the space needed to plug into an outlet. 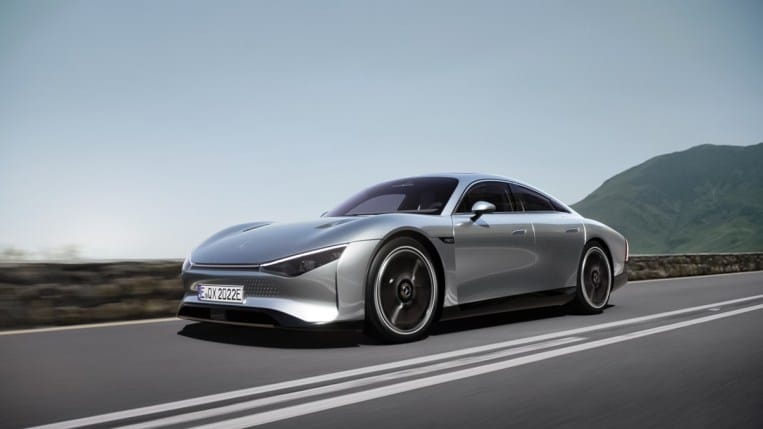 Imagine nothing more than the sun’s warm rays being tasked with keeping your EV charged and ready for action. Using solar panels on cars isn’t a brand new idea. Several vehicles have used small panels to help power auxiliary components. Features such as fans keep a vehicle’s interior from getting too hot on a bright sunny day. Though the majority have been teardrop-shaped experimental vehicles built simply to prove solar energy’s potential, entirely solar-powered cars also exist.

However, automakers are beginning to incorporate solar panels into their electric production cars and concept vehicles. For example, the Mercedes-Benz Vision EQXX has a roof covered entirely in solar panels to feed power to interior functions, such as the HVAC system. The Hyundai Ioniq 5 has an optional solar roof that aids in recharging the battery and powering the heating and cooling system.

For the moment, a completely solar-powered production car is unfeasible or, at the very least, would be extremely expensive. But using solar panels as a means of helping nudge the driving range is something more electric vehicle manufacturers will likely incorporate down the road.

macOS Monterey 12.5.1 fixes critical flaws that have been exploited

Paralysis by analysis: Supporting the Wallabies these days is exhausting – didn’t it used to be fun?