Ian Foster refused to speculate on his future as All Blacks coach following a series loss to Ireland, but that didn’t stop plenty of others from expressing an opinion.

Asked directly about his situation after the tourists came back from 1-0 down in the series to hand the ABs a first series defeat at home since 1994, Foster told reporters: “I just want to talk about the Test match.”

The All Blacks were ducking for cover on Sunday, cancelling a press conference scheduled for the team hotel.

Foster’s win percentage has dropped to 66.7% (16 wins, 1 draw, 7 defeats) after Saturday’s loss – the worst of any All Blacks coach in the professional era.

The All Blacks were down by 19 points at halftime, a record for them in a home Test, before losing 32-22 after a brief comeback.

“For some reason we’re just not as calm,” Foster said of the poor start.

“In the defence area we’re getting a bit fidgety, there’s a few holes and Ireland aren’t a team you can let get behind because that is when they play an up-tempo game.”

Here’s how the NZ and UK media reacted

Richard Knowler, writing for Stuff, said dealing with Foster’s position was top of NZR’s must do list.

“As the sirens start wailing inside the corridors of NZ Rugby headquarters, there is one question that must be answered. What are the high priests of our national game going to do about All Blacks coach Ian Foster?” Knowler wrote.

“… Foster, who is contracted through to the 2023 World Cup, must have been hoping his men would keep cool and throw everything in their arsenal at the Irish. Instead, Ireland struck back with a try to replacement hooker Rob Herring with 16 minutes left on the clock to set up a pulsating finish.

“Foster will now be hoping NZ Rugby continue to support him, in his time in need. Because the All Blacks have now lost four of their last five tests and look to be down on confidence and, at times, ideas.”

Marc Hinton, also in Stuff, said a coaching change must be considered.

“The All Blacks are in a heap of trouble little more than a year out from the World Cup, and drastic change appears the only answer,” he wrote.

“… What are the answers? Well a coaching change must now be considered, at the very least. Ian Foster’s hold on his job must be tenuous at best. It has been suggested to me a swap-out of some of the assistants could be the answer, but you have to think the man calling the shots must be in the firing line. This is just not working, and NZ Rugby’s board owe it to their people to dig deep on this.”

Hinton added that the position of Sam Cane as captain should also be considered. 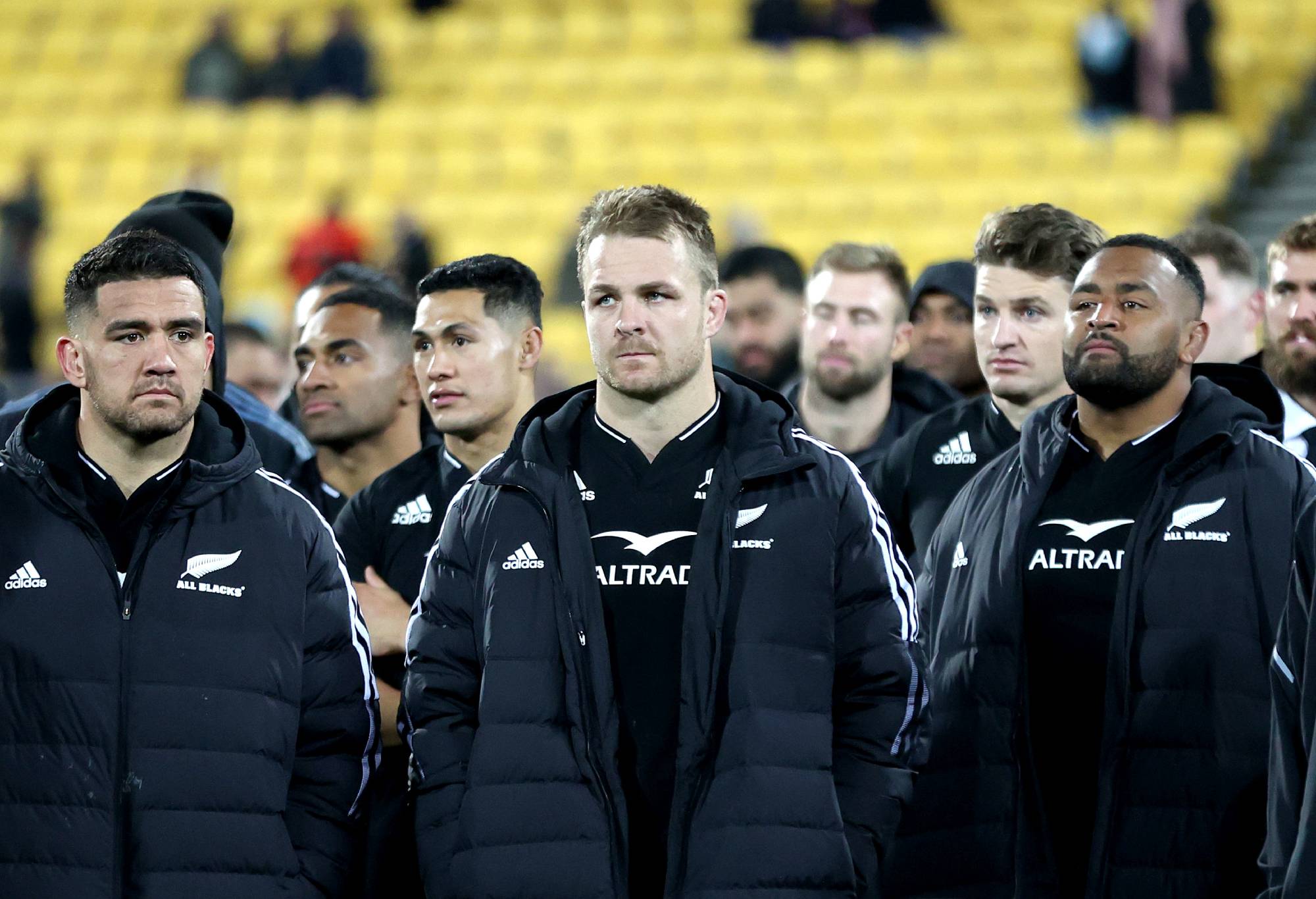 “Sam Cane is a fine fellow and stout player, but, after crumbling to their first home series defeat in the professional era (1994’s 2-0 shutout at France’s hands the last such stumble), nothing can be considered beyond assessment,” Hinton added.

“Something has to change in the All Blacks makeup, and game, or next year will follow a depressingly similar script.”

All Blacks legend Sean Fitzpatrick said the team was outcoached.

Talking on Sky Sport UK , he said: “The style in which they lose the series will be concerning going forward,

“Have they got the right players? That’s going to be another question, and have they got a team that’s capable of winning the World Cup? On what we’ve seen in the last two weeks, you would doubt that.

“We do have Joe Schmidt in the wings, he’ll be coming back into the team now when they go to South Africa, so we’ll just wait and see. Let’s not throw the toys out of the cot just yet.”

Gregor Paul, writing in the New Zealand Herald, agreed that questions should be asked of the leadership.

“This is not a great or even a particularly good All Blacks side. The question now for New Zealand Rugby’s board is to determine whether that can change without instigating some kind of change,” he wrote.

“Is this side destined to wallow in its own deficiencies and befuddled thinking, or is there some way they can catapult themselves into a new, more compelling trajectory?

“Beyond doubt now is that the All Blacks are clearly in a rut. They can’t string together 80-minute performances and they don’t seem to be able to kick-start themselves into action until they are looking at something desperate on the scoreboard. 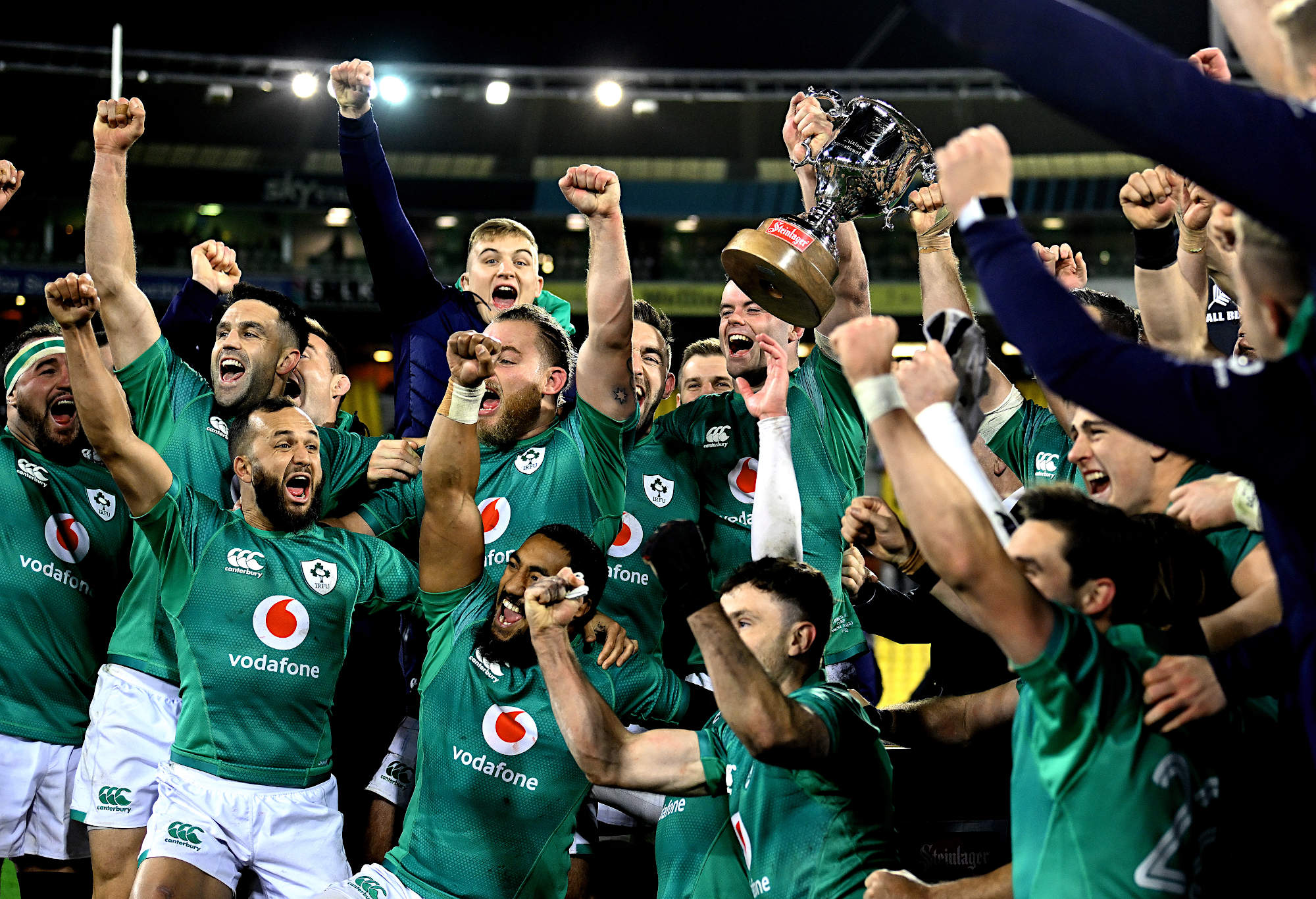 “Again, as they did in Dunedin, they showed heart, resilience and at times, a touch of enterprise and class. When they came right they were good. Really good – slick and inventive and they were clinical with their opportunities.”

He added that beyond the coaching issues there were not enough players of quality putting up their hands.

“The realists, who shouldn’t be confused with the pessimists, will fear there is too much wrong with this team to see a fix looming on the horizon. Not without some kind of change in coaching personnel – be it tinkering or wholesale because there are not a whole lot of new potential test players lurking in dark recesses.”

The overseas media joined the pile on after Ireland’s stirring win.

“By scoring three tries in the third quarter, the All Blacks – inspired by the carrying of Ardie Savea and Akira Ioane – gave Ireland a real fright. Ultimately, however, this is a New Zealand team who have been exposed as woefully flawed by an inspired touring team,” wrote Peter O’Reilly in The Times.

Ben Coles, in the Telegraph, added: “Ireland outclassed the All Blacks in New Zealand, a statement which would have seemed utterly fanciful in the past. The first 40 minutes may well go down as the best in Irish rugby history. It was a procession.

“But the result was not shocking, a sign of how far Ireland have come and indeed how far New Zealand have fallen.

“All the talk in the build-up centred on how New Zealand would respond to a first-ever defeat to Ireland at home, and they did come up with a spirited effort – but only after trailing 22-3 at half-time, their biggest deficit at the interval since the dawn of Test rugby.

“That abysmal first half, when New Zealand couldn’t catch a cold, left the All Blacks with a mountain to climb, a feat they couldn’t manage despite three second-half tries.

“The increase in quality from New Zealand in the second half from the first was significant, no question. But this was Ireland’s day, their series, delivering an utterly astonishing performance packed with resolve and quality. Winning in New Zealand once seemed impossible. No longer. Ireland have conquered the All Blacks.”

Motorcyclist injured in crash on Rt. 33