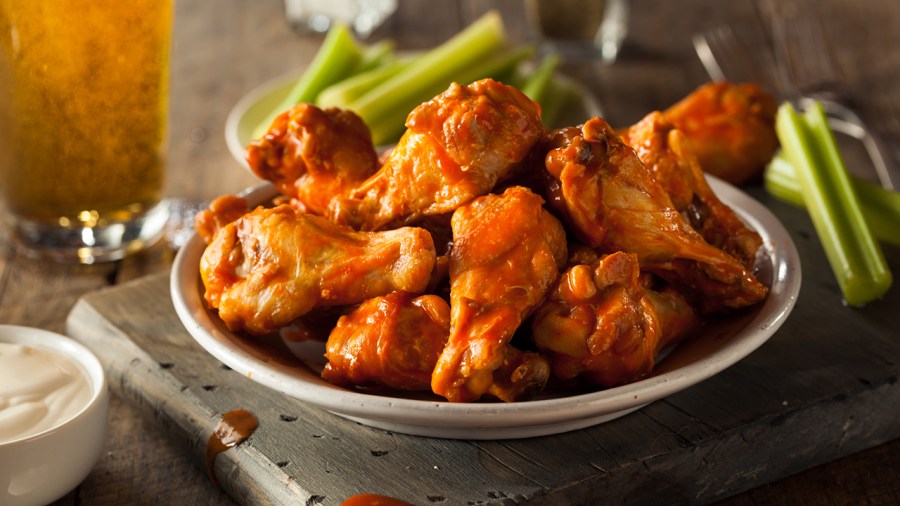 (NEXSTAR) – You may not know of Drew Cerza, but he’s quite possibly the country’s foremost expert on Buffalo wings.

Back in 2002, Cerza — also known as the “Wing King” — founded the annual Buffalo Wing Festival in Buffalo, New York, after growing tired of the lack of ceremonies and fanfare surrounding the city’s beloved dish.

“They call them Buffalo wings all over the country, and we didn’t even celebrate it, so I decided to go ahead and do it,” said Cerza, who is currently preparing for the 20th Buffalo Wing Festival in early September.

The idea, Cerza said, came from the 2001 live-action/animated film “Osmosis Jones,” which featured a character (played by Bill Murray) who dreams of attending a chicken wing festival in Buffalo. But at the time of the movie’s release, there was no such festival in Buffalo, a reporter for the Buffalo News lamented.

Cerza read the Buffalo News article and took it upon himself to right that wrong, renting out a local field and ordering up a hundred turkey fryers for 2002’s inaugural event.

This year, the annual Buffalo Wing Festival will be hosted Sept. 3-4 at Highmark Stadium — home to the Buffalo Bills — and attracts dozens of vendors from across the country. Attendees are treated to performances, contests, and some of the best wings in the country. But the one thing they may have trouble finding, according to Cerza, is ranch dressing.

Cerza himself said he prefers to eat his Buffalo wings as-is, with neither bleu cheese nor ranch, but he acknowledges that much of the country prefers ranch — just as GrubHub determined in a 2018 survey. To that end, the festival’s organizers tried to be “good hosts” and offer ranch at the event a few years back, but it didn’t go so well.

“We brought it in because a lot of people come in from out of town, so we tried to be good citizens and take care of our customers,” Cerza remembered. “But a radio station … they spearheaded a local uprising. We were gonna call in the national guard, at one point,” he joked.

Buffalo wing “purists” like Cerza may want to try them without bleu cheese anyway, as this is the best way to judge the chef’s intended flavors, according to the Wing King himself.

“I’m a non-dipper. I don’t believe in dipping your wings in bleu cheese,” Cerza said. “That’s like going into a high-end steakhouse and putting A1 on your steak. I wanna taste the sauce. The sauce is the boss.”

The takeaway? If you’re attending the annual Buffalo Wing Festival in early September, do as the Buffalonians do and at least try to go without gobs of ranch dressing.

“We do believe it’s a misdemeanor at times,” Cerza joked.