How to take action beyond thoughts and prayers 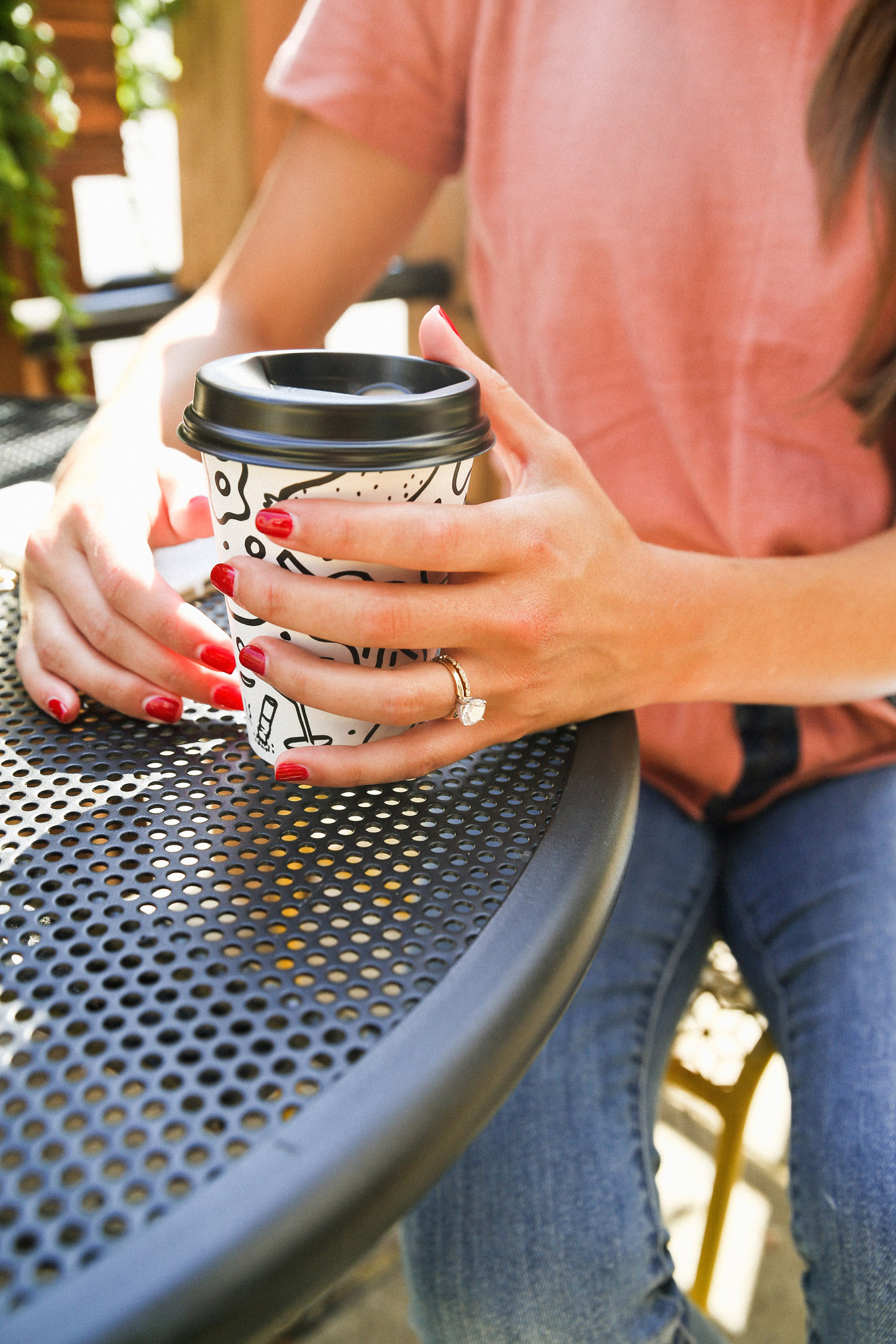 What does it say that I have to keep refreshing a gun control post over and over?

This was not the post I originally had in mind for today, but here we are again. I originally wrote this post in 2017. I’ve updated it multiple times now. Very little has changed aside from adding many many lives lost to the running tally. Children’s lives lost.

I don’t want to live here, I don’t want to raise my child here. I don’t want her to have to participate in active shooter drills. And I don’t want to worry if she’s going to come home when I drop her off every morning. I know many of you reading this feel the same. I’m physically ill and shattered for the families of those 19 kids and two teachers in Uvalde.

And another thing I can’t get out of my head: American families everywhere are praying they aren’t next. And know what? Some of them will be. If that doesn’t fill you with despair and motivate you to do something, I don’t know what will. THOUGHTS AND PRAYERS are not going to bring those lives back. They are not going to help the next person to be murdered by gun violence.

I don’t really think anything listed below is revolutionary, but many of you have urged me to share some helpful resources–so if you aren’t sure where to begin, I hope this is a start. As my friend Ashley Spivey says, “the remedy for hopelessness is action.”

How to take action beyond thoughts and prayers

First of all, I’m sick of this being a partisan issue:

Let’s remember we all have this goal in common: we want to make this world–and America in particular, a safer, better place for everyone involved. I don’t really care if you own a gun or you would never consider owning one. (I may have liberal political views, but I grew up in a rural town full of gun owners. My dad included.) An overwhelming majority of Americans, democrats, republicans, gun owners or not–support background checks. This should not be a partisan issue.

Advocating for common sense gun laws does not threaten a responsible gun owner’s right to bear arms. The fact that both sides of the aisle cannot find a common ground is an abomination and it’s costing lives every day. One big reason these laws have yet to be passed is because not enough voters are being vocal to their conservative elected officials. (Especially all the conservative voters who DO believe in common sense gun laws!)  You can help change that. The more people speak up, the harder it is to ignore. If you can re-post graphics on social media today, you can call your senator.

What to do today:

If you live in a red state:

Contact your senators ASAP (see how below) and urge them to support a vote and passage of the following:

This bill revises background check requirements applicable to proposed firearm transfers from a federal firearms licensee (e.g., a licensed gun dealer) to an unlicensed person. Specifically, it increases the amount of time, from 3 business days to a minimum of 10 business days, that a federal firearms licensee must wait to receive a completed background check prior to transferring a firearm to an unlicensed person. (This type of transaction is often referred to as a default proceed transaction.)

(Sec. 3) The Government Accountability Office must report on the extent to which the changes have prevented firearms transfers to prohibited persons.

(Sec. 4) The Federal Bureau of Investigation must report on the number of petitions it receives for final federal firearms determinations.

(Sec. 5) The Department of Justice, in consultation with the National Resource Center on Domestic Violence and Firearms, must report on further amendments to the background check process that would likely reduce the risk of death or great bodily harm to victims of domestic violence, domestic abuse, dating partner violence, sexual assault, and stalking.

If you live in a blue state:

Contact your elected officials and thank them for supporting common sense gun laws!

Pick up the phone: The most effective way to contact your elected officials is via phone. This page will provide you easy access to your senators numbers. Remember to be polite to staffers–they’re working very hard.

“Hi there! My name is ___ from (city, zip code).  I’m calling to urge [x senator] to support a vote of HR 8 and HR 1446. I am very concerned with the lack of action being taken and I strongly encourage support and passage of these bills and future common sense gun laws. Thank you!

**Please note that republican senators are experiencing an influx of calls at the moment. If you can’t get through, try again later, and also consider contacting them via email or fax! Also, please don’t flood the phones of anyone who isn’t YOUR elected official.

Email: Again you can refer to this page or simply Google “[name of senator] email”–it’s very easy to find!

Use Resistbot: take two minutes to text “RESIST” to 50409. Type out any message you’d like to send to your elected officials–about anything! The service looks up their contact information and converts your message into a fax. The process takes just minutes.

***Also don’t forget about your local officials at the state level–which can be even more effective in the near term.

Primary elections are currently happening. There is nothing more important than voting for the change you want to see. Every vote counts and getting more people that support common sense policies is the best chance we have at turning this country around.

Get to know the issues more in depth:

Everytown has a great website page where they list out common sense, evidence-based solutions on how to tackle gun violence. This is a great place to educate yourself.

Moms on Demand is a great organization that you can volunteer with, whether you’re looking to get involved on the in-person, local level or virtually.

The Everytown for Gun Safety Support Fund is an independent, non-partisan 501(c)(3) organization dedicated to understanding and reducing gun violence in America. This is the organization that I personally donate to on a recurring basis, and you can do the same on this page. You can also be on their contact list so you can be in the know about new opportunities and ways you can get involved and make a difference.

**PLEASE do not read this action item and think just donating is enough. It’s not. If you can only do one thing, contacting your senators is more important. Please do not underestimate the power of your individual voice.

Talk to your friends and family with differing views:

Of course, this is an opinion of mine, and maybe this is because, again, I’m a liberal person who grew up in a republican household, and you’re free to disagree (and you don’t need to tell me about it, either)–but I really do think this is a unique issue where democrats and republicans can find more common ground than they think.

We all want this country to be a safer place. Many of us agree gun violence is a huge issue. Most of us don’t want dangerous people to have incredibly easy access to deadly weapons. None of us want to send our child to school and wonder if they’re coming back.

We are all sick of mapping out where the exits are every time we’re in a crowded space, or even the grocery store.

We can all agree something needs to be done about it.

The vast majority of you reading this are liberal because I am liberal. That’s just the nature of building an audience. Most of us share the same views. But that doesn’t mean someone else who doesn’t vote the same way we do has nothing in common with us on this particular issue. It’s very possible to support the second amendment and tightened gun laws at the same time.

On the flip side, it’s helpful to understand why they may oppose certain laws and how that could be interpreted as limiting certain rights or freedoms. (It might make a lot more sense to you when they explain it.) It’s very much worth having the discussion.

When Republicans are holding their elected officials accountable is when change is really going to happen, and maybe a respectful dialogue with their liberal friend will help motivate them to take action, too.

I hope this post provided some helpful first steps if you’re feeling helpless. Please get off social media if it’s too much. And if you need to have tough conversations with your kids, readers have told me this is a helpful podcast episode. Sending you hugs.

Will Santa Claus or the Grinch Show Up This Holiday Season?