How to watch Apple’s iPhone Event 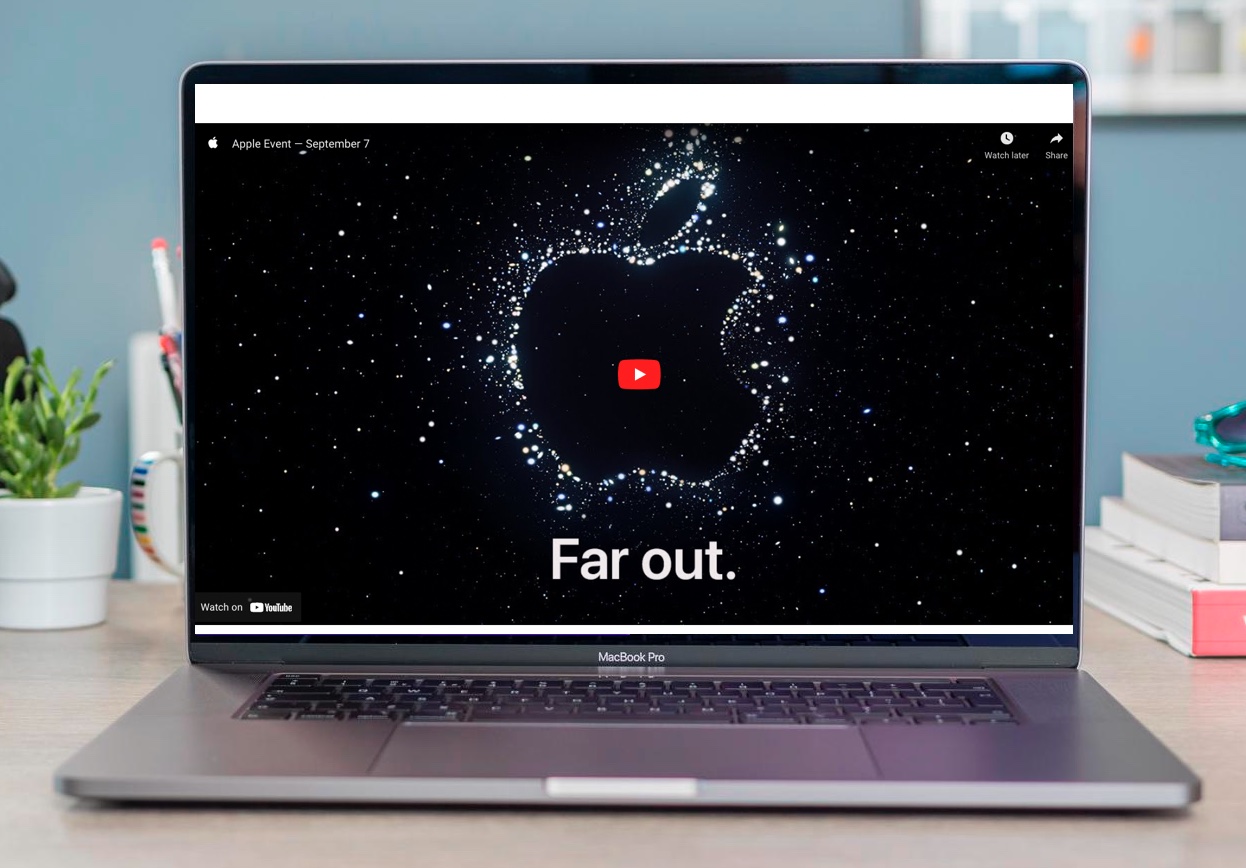 Apple’s next event, taglined ‘Far Out’, will be live-streamed on Apple’s website as well as on YouTube, which we have embedded below so you can watch it right here.

In this article we explain how to watch Apple’s Event live. We also offer important details about the event, such as when it starts, how long it’s likely to last, and what models of iPhones, iPads, Macs and PCs will be able to stream the live video.

What time does the Apple event start?

Apple event is on Wednesday 7 September 2022 and it will start at 10am California time.

Here’s what that translates to in the countries where most of our readers live:

The event will probably last about one to two hours.

How to watch the Apple event live

You’ve got a number of options. You can
watch on Apple’s YouTube channel, which we have embedded at the top of this page when it is live. Or you can watch on Apple’s own
website.

(In the past Apple has also streamed the event live on Twitter. It doesn’t seem to be repeating this experiment, instead
directing followers to apple.com, but there may well be Twitter posts during the event.)

Apple’s
special events page has all the info you need, including the option to add it to your calendar.

How to watch the Apple event on a Mac

To watch, simply head to the
Apple Events page. (Or use the YouTube videos embedded above.)

Following the end of the keynote it will also be available to watch in the Apple Podcast app and the Apple TV app. You can catch up on older keynotes in both apps.

How to watch the Apple event on iPad or iPhone

Apple says that its keynote videos are best experienced on an iPhone 7 or later, iPad (5th generation or later), or iPod touch (7th generation) using Safari on iOS 12 or later.

To watch, either go to the
Apple Event page or open the TV app and watch the stream there.

How to watch the Apple event on Apple TV

Apple TV users will be able to watch the keynote as long as they have an Apple TV that supports the App Store and features the TV app. (That means any Apple TV that’s 2nd-gen or later and running the latest version of tvOS or the Apple TV software.)

You will be able to watch the keynote via the TV app.

How to watch the Apple event via the Apple TV app

You may not require an Apple TV set top box if your TV has the Apple TV app, or if you have an alternative streaming device. See: AirPlay compatible TVs that have Apple TV build in.

Just open the Apple TV app and you will find the Apple Event in the line up of shows on offer.

How to watch the Apple event on a PC

PC owners will need Microsoft Edge on Windows 10 or later to watch on Apple’s site. Or they can watch using YouTube as above.

How to watch on anything else…

Apple says other platforms may be able to access the stream using recent versions of Chrome or Firefox (MSE, H.264, and AAC required).