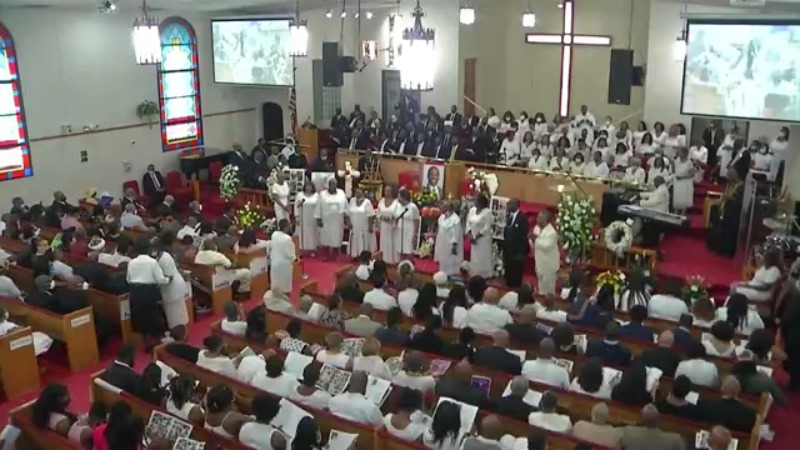 BUFFALO N.Y. (WIVB) — A church full of mourners said a final goodbye to a doctor and two of his daughters who died in a house fire in Buffalo. Doctor Jonathan Daniels and his two daughters Jensen and Jordan were laid to rest Wednesday — more than a week after they died in a fire at their north buffalo home.

Friendship Baptist Church was packed Wednesday as hundreds gathered inside the church on Clinton street.

“I will spend each hour honoring them and do what they would because that’s the only way I can process this,” said Jillian Daniels, who lost her two sisters and dad.

She talked about how her life is forever changed.

Jordan was the oldest of the sisters. She attended St. John’s Academy and graduated from St. Joseph University School and Sacred Heart Academy. Jordan was a 2017 graduate of Baldwin-Wallace University, with a BA in Public Relations. In May 2022, she received her MBA in Marketing and Consulting from the University at Buffalo School of Management. She was one of the founders of Buffalo Collegiate Charter School, where she served as assistant dean of students.

Dr. Daniels was a pediatrician and made it his mission to care for the underserved communities here in Buffalo. Family and friends say his daughters were just as kind and giving as their dad.

“My sisters and my dad consistently took care of us. They didn’t care what people thought. They cared about how they can make your life better,” Jillian said.

“We will work tirelessly to continue their legacy. We will reunite someday on the other side. Until then enjoy your endless supply of milkshakes, cake, hotdogs and fries just a few of their favorite things. I love you to the moon and back,” Jenessa, Dr. Daniels’ wife said.

Sarah Minkewicz is a reporter who has been part of the News 4 team since 2019. See more of her work here.

Maroons deserved win, Blues weren’t complacent but what was Burton meant to do after getting hit?