“I just hope my arm is in shape”: 100-year-old veteran prepares to throw pitch at Bisons game 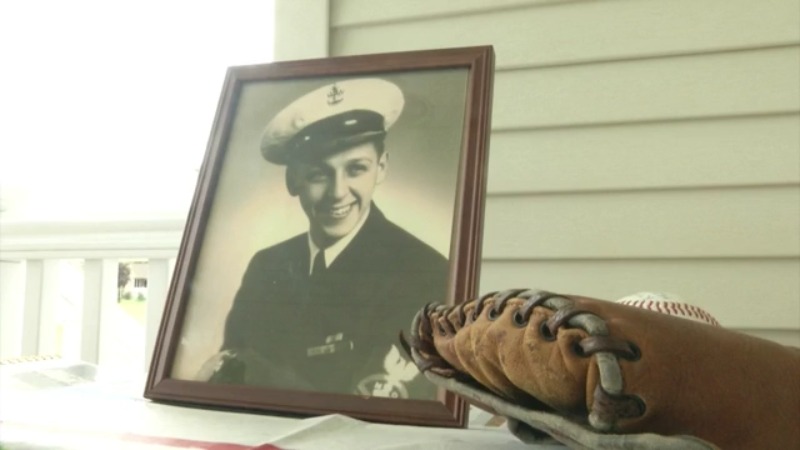 LOCKPORT, N.Y. (WIVB) — With 100 years of stories and over 80 years of practice, Roy Kinyon is ready to fulfill his lifelong dream of playing on a professional baseball team.

Kinyon will be suiting up on July 4 on a one-day contract and will throw out the Ceremonial First Pitch.

News 4 spoke to Kinyon and two of his four children, Gary and Bruce, on what this day will mean to him.

“It’s great to see my father recognized for how good he was back then.” said Gary Kinyon. “Now he gets to realize his dream that he gave up on.”

Their father grew up listening to Yankees games and hearing his favorite baseball player — Lou Gerhig — play on the radio, and idolized his older brother, Ralph, on the field.

His brother wanted to pitch for the Yankees, and the two would take to the field as often as they could.

Roy went on to play for Barker High School, where he became an all-star.

But after graduating, he spent the summer playing for a league at Krull Park, and on his last game he was met with an opportunity. The Buffalo Bisons wanted him to try out.

“At the end of the season, I knew I was ready to get drafted,” Kinyon said. “I was standing at home plate and this fellow came up from the Bisons and asked me, but I said, ‘No, I’m going to the Navy tomorrow.’ And I made the right decision.”

Kinyon was shipped down to Florida, where he awaited his naval ship to be ready to set sail. While he was there, he noticed a stadium and men playing ball. He asked to join, and was turned down three times until finally the fourth time he was given an uniform.

He joined the Military’s baseball league and played until one day his name was not on the roster. They sent him to the Pacific, where he was off the shores of Iwo Jima.

But even when he was defending the country, sports never left his life.

“Sports is what helped me in service.” Kinyon said.

When he returned home four years later, he hurt his leg and was unable to play baseball again. One of the nurses that helped him after his injury would always bring him a slice of homemade pie. Kinyon married his nurse, Theresa Balling, a year later.

For information on how to purchase tickets for the game head to the Bisons’ website.

‘They deserved it’: Brain snaps and missteps as Wannabies gift Pacific Nations Cup win to Samoa