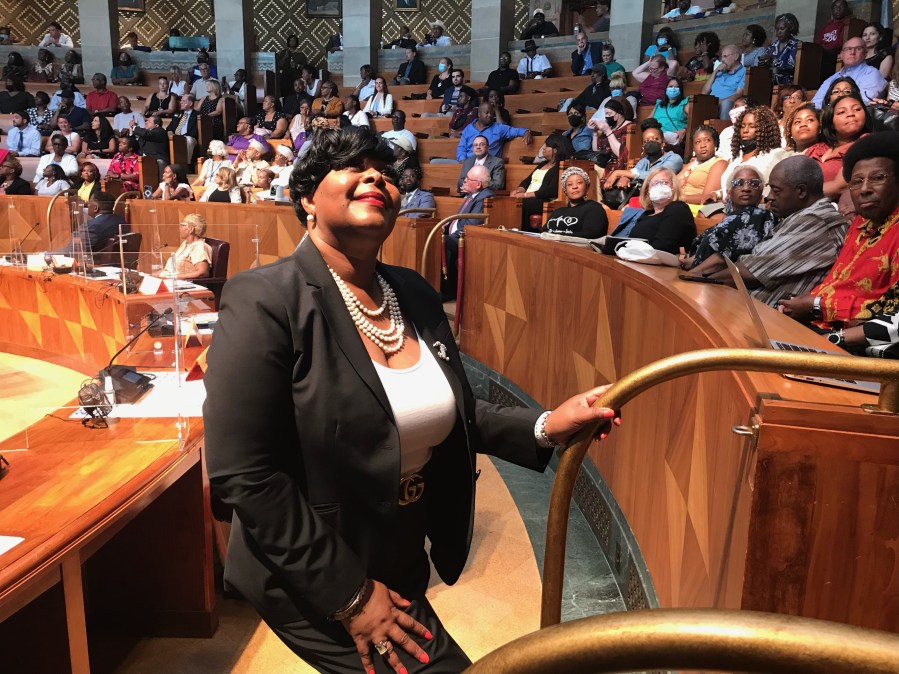 BUFFALO, N.Y. (WIVB) — The Buffalo Board of Education officially named Dr. Tonja Williams as the new Superintendent of the Buffalo Public School System on Thursday night.

Eight board members voted on her appointment. North District Board Member Hope Jay was excused early from the meeting. Dr. Williams sent out personal invitations to administrators, faculty, staff and her cabinet to attend. Dr. Betty Rosa, New York State Commissioner of Education, and Buffalo Mayor Byron Brown were also in attendance.

The Board voted unanimously and Dr. Williams was sworn in immediately by Judge Phillip Dabney. On Tuesday, the School Board announced they were hosting a special session and sources told News 4 that they were likely to vote on a permanent Superintendent contract for Dr. Williams.

“While I am new in the superintendency, I am not new in this work,” Dr. Williams said.

She has worked for Buffalo Public Schools for 32 years, serving in multiple roles including principal and administrator. As a Buffalo-native, she feels she has a unique understanding of the district.

The School Board has come under fire recently for their superintendent search process. They originally promised a national search with public hearings following the resignation of Dr. Kriner Cash in March. That is when they appointed Dr. Williams to the interim role in an executive session.

Many Board members expressed their frustration with critics.

“I’m very disappointed that those within my community would have the audacity to dare say that we as a board have not done our due diligence,” Ferry District Board Member Sharon Belton-Cottman said.

Dr. Williams says the district will be focused on an innovative approach to education, diversity and empowering students and staff. Her top priority remains safety and security.

“We certainly are putting a lot of time and effort and resources into ensuring that all of our children and staff are safe,” Dr. Williams said.

She believes she is ready to take on the district and make it a national leader in education.

The Board of Education will meet Wednesday, July 20, which is their first meeting for the 2022-2023 school year.

How to watch the match in Australia, what time does it kick off