If you look up loyal to a fault in a cricket-minded dictionary, you may just find a picture of the Australian selectors.

They are backing Aaron Finch yet again to dig his way out of a form slump but their support for the struggling white-ball skipper is now well beyond the point of being loyal, the stubborn refusal to drop him is affecting the team.

The Australian men’s ODI team dropped the final match of the three-game series against Zimbabwe in Townsville and only just managed to squeak home on Tuesday night in the first one-dayer against New Zealand after Finch failed for the fourth straight innings at the top of the order.

Finch’s trough of low scores has been an ongoing problem for more than a year in the T20 and 50-over arenas.

In one-dayers this year, he has 168 runs at 14.08, including scores of 15, 1 and 5 against Zimbabwe and 5 versus New Zealand, which came via a dicey single to get off the mark which yielded four overthrows.

When you compare his slump against the historically bleak lean spells over the years by Australian captains, it’s clearly the worst.

Behind Greg Chappell’s string of ducks in the early 1980s, Kim Hughes’ West Indies battering which led to his tearful resignation, Mark Taylor’s infamous 1997 nadir or Steve Waugh’s rough patch which led to his demise as one-day skipper at the turn of the century. 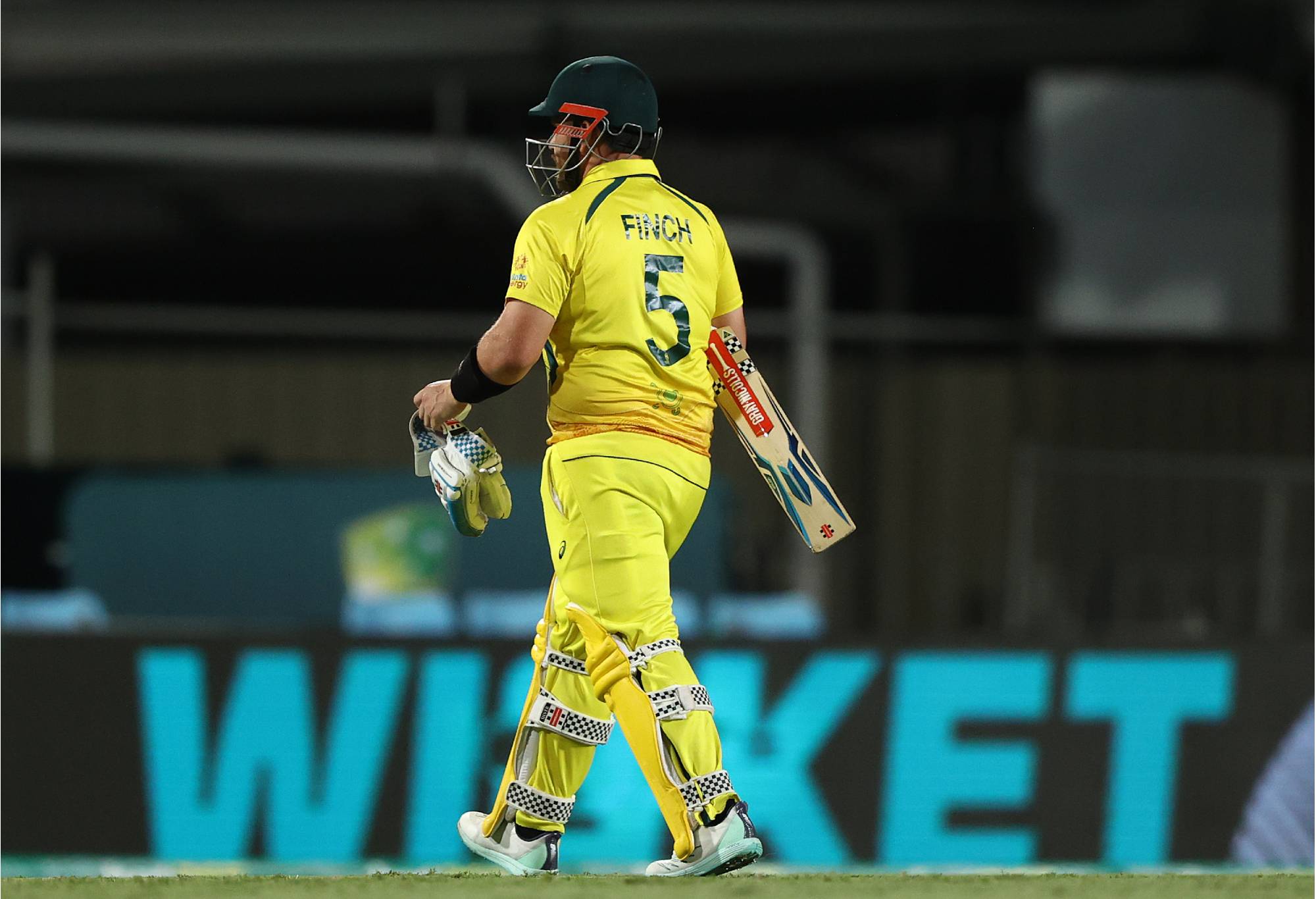 Chappell went 0, 4, 1, 0 and 10 in the limited-overs arena 1982 before hitting a hundred to return to form. It was the only time in his 74-match career where he had four single-figure scores in a row.

Hughes’ famous 1984 barrage at the hands of a Windies quartet of Malcolm Marshall, Joel Garner, Michael Holding and Courtney Walsh ended his career after nine Tests in the Caribbean and on home turf where his highest score was 37.

He scratched together 296 runs at 16.45 before bowing out with a pair at the MCG after giving up the captaincy two Tests earlier.

Taylor went 11 games without a half-century, scoring 360 at 18.95 before his century in the second innings of the first Test of the 1997 Ashes tour saved him from the axe. He later revealed he was told before he went out to bat that another failure would mean he lost his spot and Steve Waugh would become captain and the left-handed opener responded with 129. 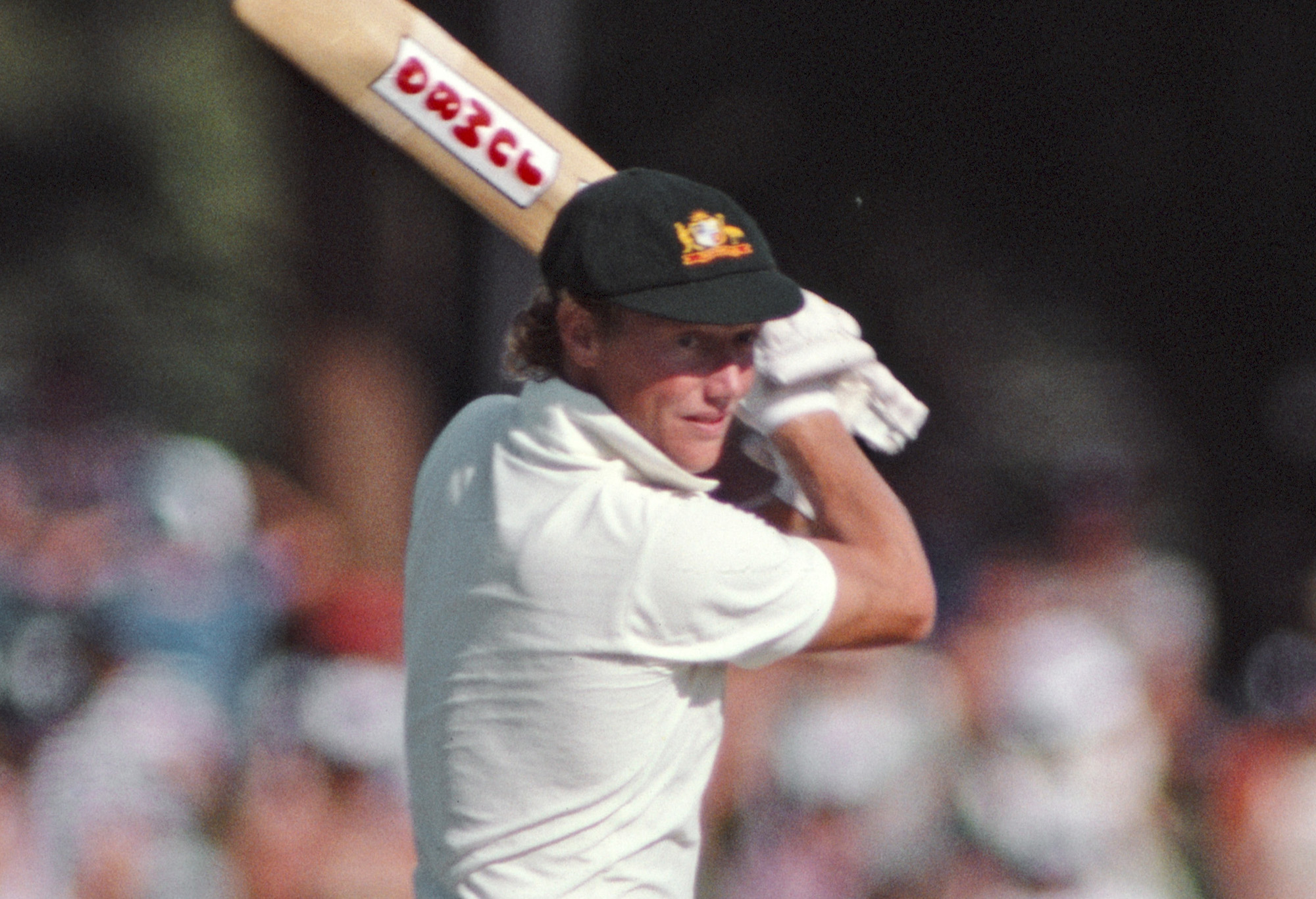 Kim Hughes was a dashing stroke maker for Australia. (Photo by Murrell/Allsport/Getty Images)

Waugh’s sacking as one-day skipper in the 2001-02 summer was front and back-page news, and he was still making a half-decent contribution with the bat, tallying 187 that tri-series against the Black Caps and Proteas at 31.17.

Perhaps Finch needs the Taylor treatment – being given an ultimatum of perform or perish from the selectors.

But that’s not the signal, at least publicly, coming from the national panel of George Bailey, Tony Dodemaide and coach Andrew McDonald.

Finch, who was selected to lead the squad for next month’s T20 World Cup title defence, is in many ways under-rated when you compare his career as a whole with Australia’s best white-ball players in the modern era. 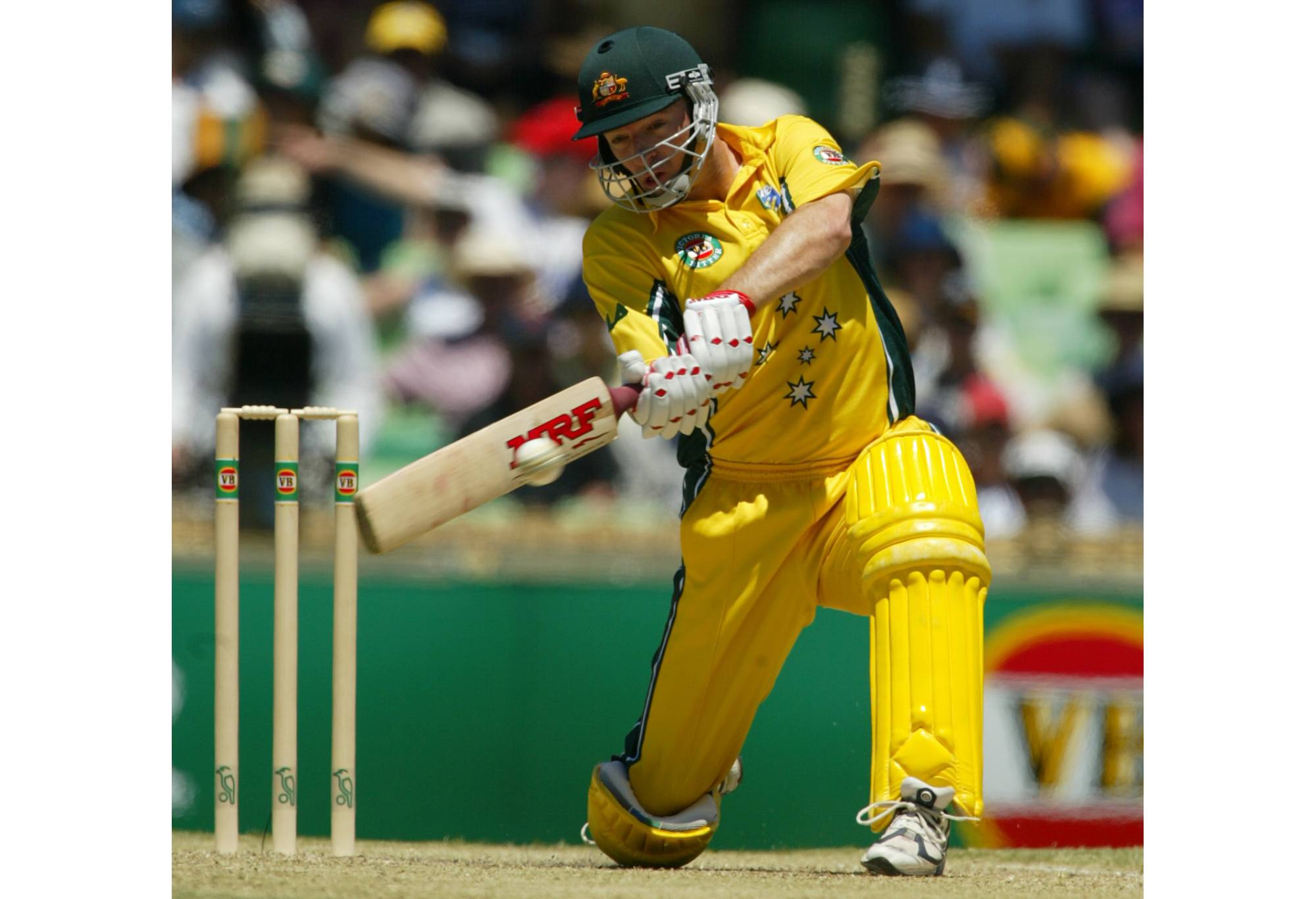 He was a reliable option at the top of the order, he has achieved great feats but it’s all in the past tense.

Finch will be 36 in November and has been hampered by an ongoing knee problem. Cricketers, particular batters, are terrible at knowing when it’s time to hang up the willow.

Very few manage to maintain or improve their statistics in the second half of their 30s and even for greats like Ricky Ponting, it can be a swift decline from greatness to an enforced retirement when the eyes don’t track the quickly moving ball and the feet also don’t get into position like they once did.

McDonald, in defending Finch earlier this week, said it was his footwork that was at the heart of his current dry spell and tweaks to his technique could get the runs flowing again. 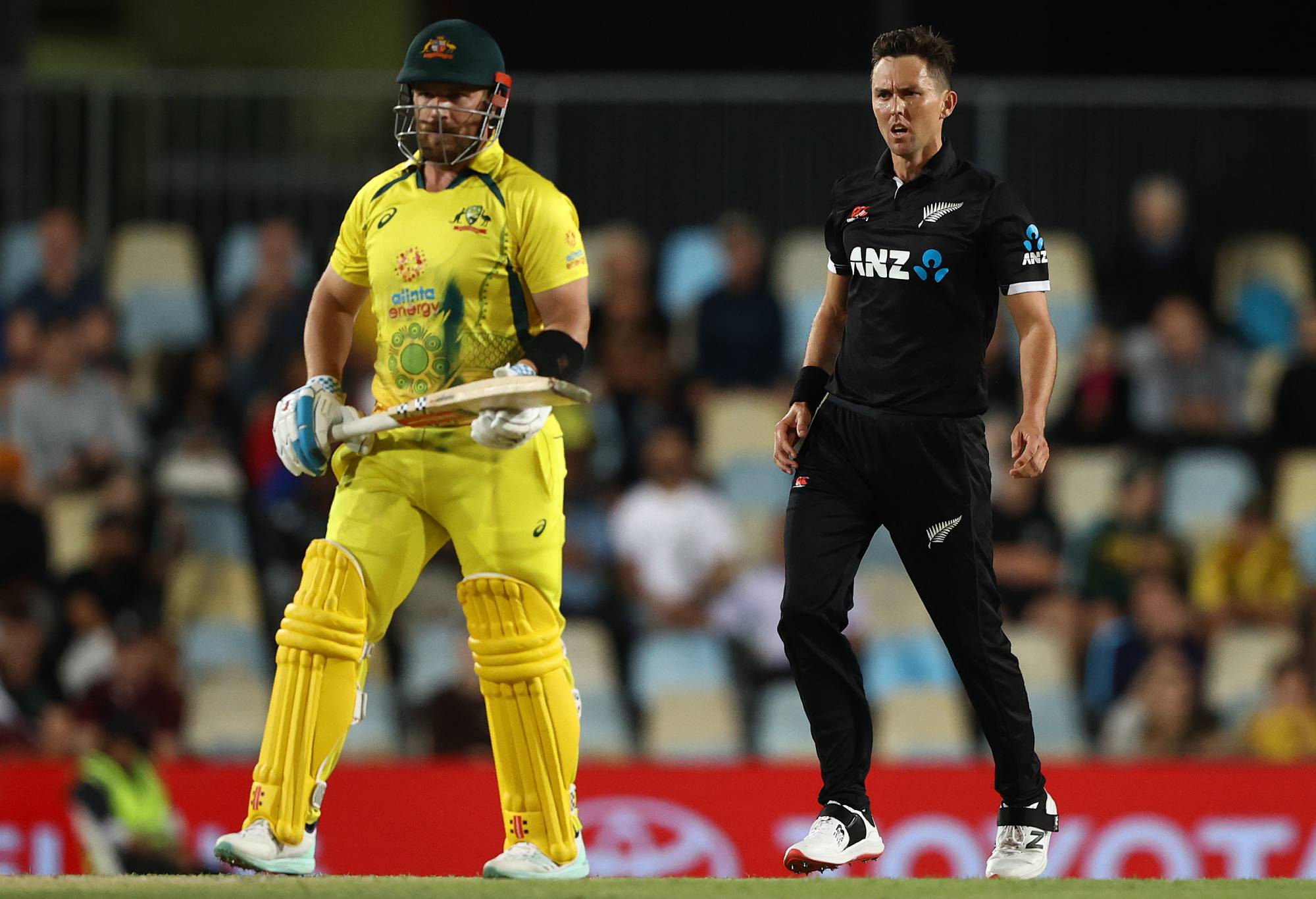 Unfortunately for Finch, his actions did not back up his coach’s words against the Black Caps, trapped on the crease by a Trent Boult inswinger in Cairns, with the skipper burning a review which drew three reds before trudging off as the first wicket down, as he has done in eight of his past 12 innings.

The selectors have tried shuffling him down the order in the T20 team – that didn’t work either when he scored 35 and 2 against Sri Lanka in earlier this year.

Their stubborn refusal to put Finch and Australian fans out of their misery by dropping the captain sends the wrong message on a number of fronts.

It’s a terrible signal to send to players trying to get into the team that a slot won’t open up at opener even though one of the current occupants continues to fail miserably.

And it also gives an impression to other players in the team that as long as they bank a few decent years on the international stage, they should have plenty of credits in the bank to go on a lean spell at the end of their career before they’ll get the punt.

McDonald also intimated that it was possibly too late to be changing the ODI skipper with the World Cup next year. There is plenty of time for a new leader to take over with fewer than 20 matches on the schedule between now and the tournament in India next October.

Alex Carey looks like the best option to take over from Finch as opener and captain.

His 85 in game one against New Zealand saved Australia from a second straight embarrassing defeat.

Calm at the crease but also inventive and able to up the ante when required, Carey could be the perfect opening ally alongside David Warner, much in the same vein as Adam Gilchrist was with Mark Waugh a generation ago.

The 31-year-old could take over the leadership of both white-ball teams, a role that Test skipper Pat Cummins does not want. Matthew Wade is still a force in T20 cricket but he is turning 35 in December and selectors should be looking to a younger option like Carey. 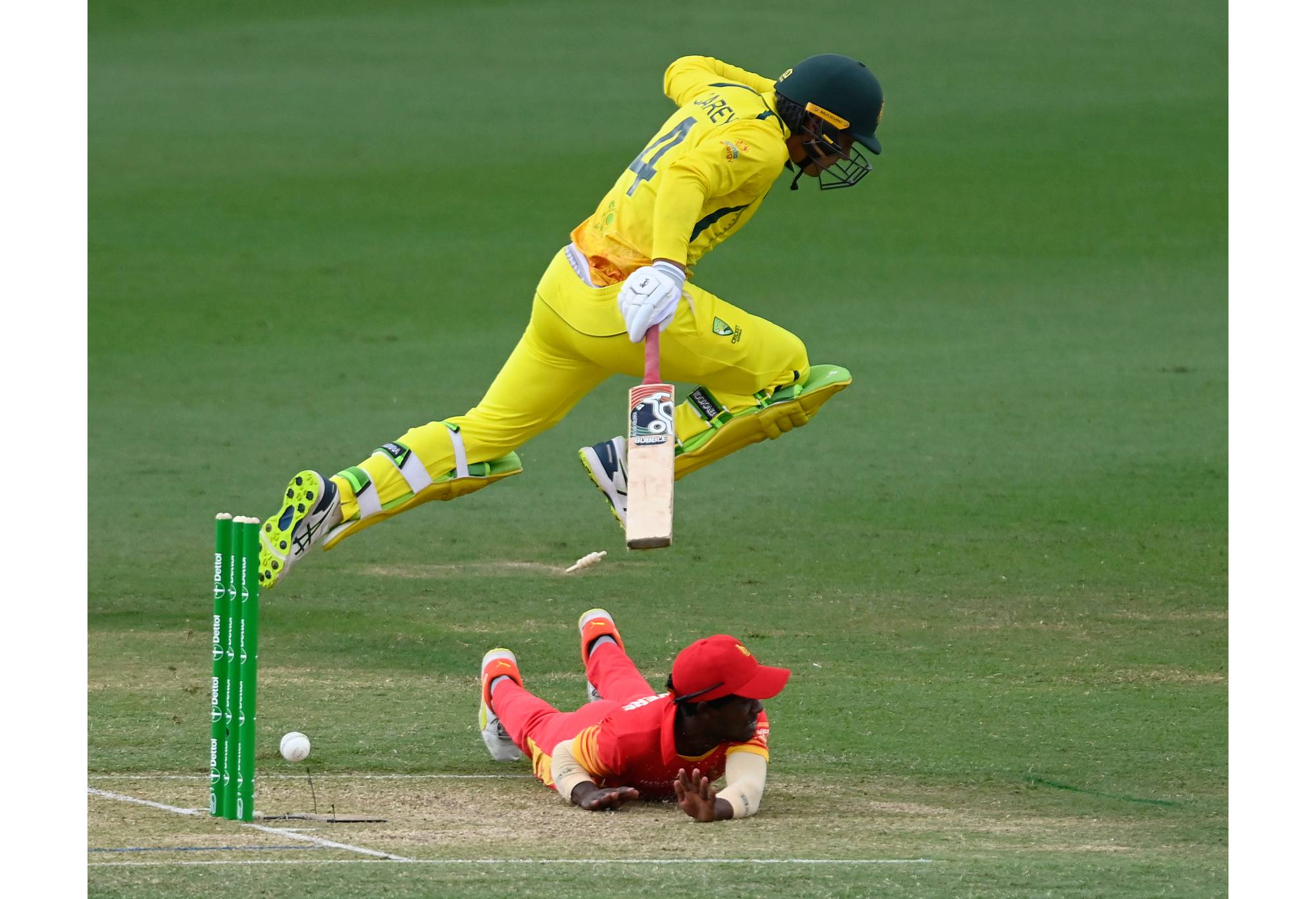 Young West Australian keeper Josh Inglis could still be used as a specialist batter in either short form alongside Carey.

The selectors, headed up by George Bailey, have enjoyed a honeymoon period since the end of the last Trevor Hohns era 15 months ago with prescient decisions like pitching Scott Boland into the Ashes and bringing Usman Khawaja back to the Test side as an opener.

But the most important part of the job is the toughest – being able to cut players whose form is detrimental to Cricket Australia’s lofty ambition of being the best team in the world in all three formats.

Australia will not only fail to defend their T20 title at home if they keep Finch in the team but have no chance of reclaiming the ODI World Cup unless they pick the best players for the job.

Sadly for Finch, he is no longer among that 11 and should not be chosen in the XI.

The iPhone 14 Pro is official, with a big camera upgrade and slick Dynamic Island