It’s all a matter of style: The NRL’s best (or worst) haircuts

Happily, I played football back in the dinosaur days where the only concessions to style were whether you had your socks either pulled up or rolled down, and what shade of black electrical tape you had around your head.

Players with one sock up and one down were treated with suspicion, while players who actually polished their boots were generally ostracised.

These days, however, it seems to be all about style.

Boots come in all the colours of the rainbow, every player seems to have some deep and meaningful message taped to their wrist, unless their name is Kane Evans, and hours of training time is seemingly wasted practicing post-try celebrations.

In 2022, nothing says more about style and who you are as an NRL player than your hair, and the variety of hair styles appears to be endless.

The styles change and morph weekly, and many players will try several styles out during the season. Here’s a quick team I put together made up of players with some distinctive hair styles this season.

Now, that’s what I call a mullet! You can search high and low and visit every bogan hangout in Queensland, and you’d be hard-pressed to find a mullet as good as the one adorning Pap’s head.

Kev’s got this eraser head thing going on that definitely makes him stand out in a crowd. It also makes it hard to get an accurate handle on his height which is listed as 1.77 metres, but could be as much as 2 metres with hair assistance.

I’m not sure what Patrick was thinking when he last visited his hairdresser but his latest colour choice resembles a blue rinse, which unfortunately clashes with his pink boots. Come on, Patrick, a guy with your poor defensive reads should be looking for anonymity, not drawing attention to yourself.

The PNG human missile has gone with the wide cornrow look, but is it just me, or does his head resemble a boarding house toast rack?

Moses looks to be having an each-way bet with a lot off the top but long enough at the back to run a couple of man buns if he so chooses. In fact, when you’re as big as Moses, whatever you choose is fine by me.

Munster appears to be happy with his current bonce but to me he looks like a poor man’s Eminem. Perhaps he’s just got a commercial quantity of white powder in his hair? 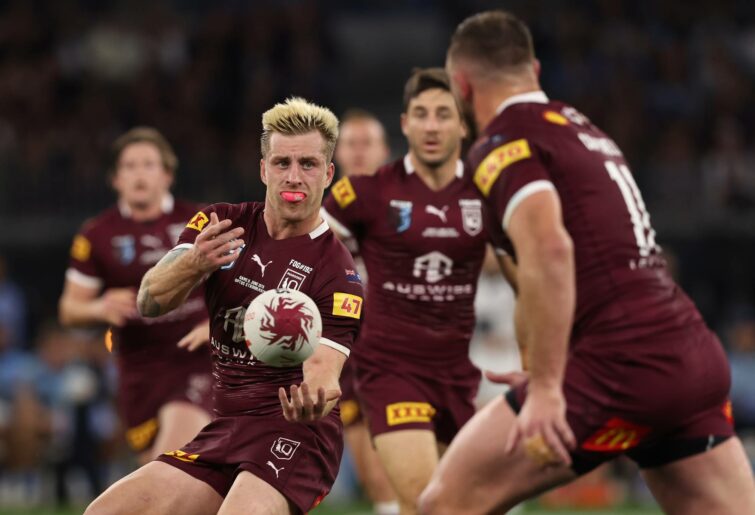 With a first name of Tyson and a propensity to get in the face of the opposition, you’d better have a hair cut to back it up. Tyson was one of the early adopters of the shaved side look and it certainly suits him.

Big Tino would be a menacing sight even if he had short back and sides, a kiss curl, and was wearing a dinner suit, but his current hair style makes him look like one of the more unfriendly Orcs from Lord of the Rings. No offence, Tino.

Little tufts of hair sprouting out of an otherwise closely cropped head is reminiscent of either a carrot or a toilet brush. I’ll let you decide.

I’m not sure what Paulo was thinking, and I certainly don’t intend to ask him, but he appears to have adopted the two-beard look. Beard 1 is in the traditional location on his chin while the second appears to be growing out of the back of his head?

Kikau’s sheepskin car seat hairstyle makes him look like either a young Dennis Rodman or a pimp. You choose.

It’s great to see the big Bulldog back on the field again but surely someone should have given him a mirror during his injury lay-off. The only way I can describe Ray’s style is somewhere between a bowl cut and a jellyfish resting on his melon.

Big Kev will have plenty of time to play hairstyles now that his career has seemingly gone up in smoke, and to be fair, he is one of the few players to stick with a hairstyle for multiple years. Too many, really. His hair looks like a cross between a three-month-old mop and a rat’s nest.

Obviously, if we’re looking for a coach for this mob we can’t go past Des Hasler, who’s stuck fast to the flowing Farrah Fawcett look ever since her passing in 2009, and if we need a ref, who better than Ben Cummins, who could frighten unsuspecting pedestrians with his perfect Uncle Fester impersonation.

Who do you think deserves a mention?

‘Not as good as they used to be’: There is no shame in being second best for the All Blacks