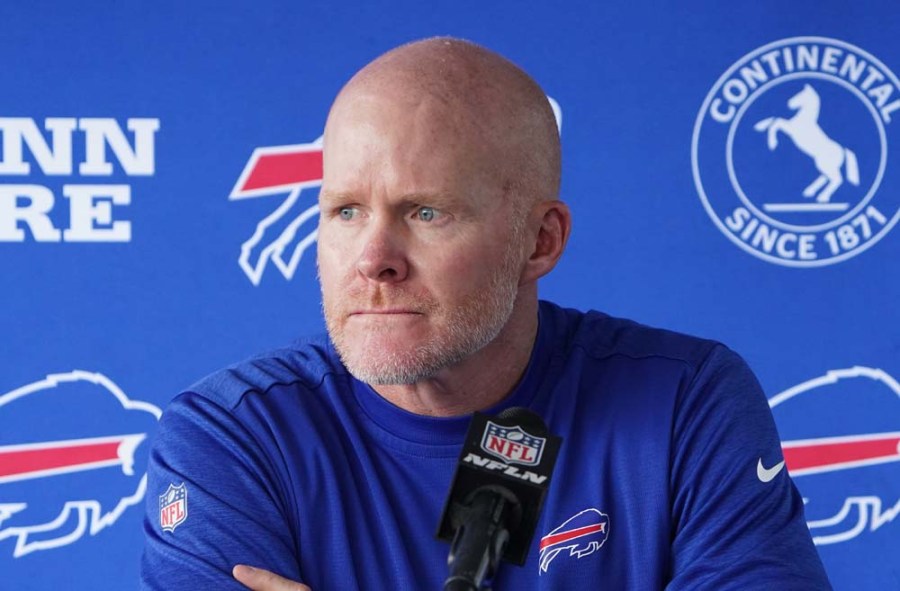 Araiza is accused, along with two other former San Diego State teammates, of raping a 17-year-old girl at a party in October 2021. During the press conference, McDermott referred to the girl as “the victim.”

“It’s a situation that is extremely serious, just hard to go through. It’s not a situation that I or we take lightly. I understand the sensitivity of the situation and it’s clear we have work to do to continue to figure this thing out,” McDermott said postgame Friday.

Araiza did not play in Friday’s game, McDermott saying that he made that decision. He said he made the decision during the day on Friday. He did not indicate if Araiza would be on the roster moving forward.

The team’s statement on Thursday stated: “We were recently made aware of a civil complaint involving Matt from October 2021. Due to the serious nature of the complaint, we conducted a thorough examination of this matter. As this is an ongoing civil case, we will have no other comment at this point.”

The accuser’s civil defense attorney, Dan Gilleon, has said that the team did not contact his party.

McDermott said that the organization has “more work to do” when it comes to investigating the complaint. In addition, McDermott said that he was not aware of a statement that was released by Araiza’s agent during the game, which was obtained by News 4, reading, ““The facts of the incident are not what they are portrayed in the lawsuit or in the press. I look forward to quickly setting the record straight.”

“It’s just a matter of trying to find the truth at the end of the day. That’s the goal, is to find the truth and do the right thing, and that’s what I keep coming back to in my mind and my heart,” he said. “I just want to get to that answer as soon as we can.”

McDermott did say that there he has been aspects of the case that he has learned about within the past 24 hours and did reiterate that because of that, there is still more “work to do.”

“It’s emotional. It’s not easy to hear about some of the things I’ve heard about over the last several hours and I haven’t slept a lot, because this is a game, but there’s other things that are more important than this.”

You can watch the full press conference above.