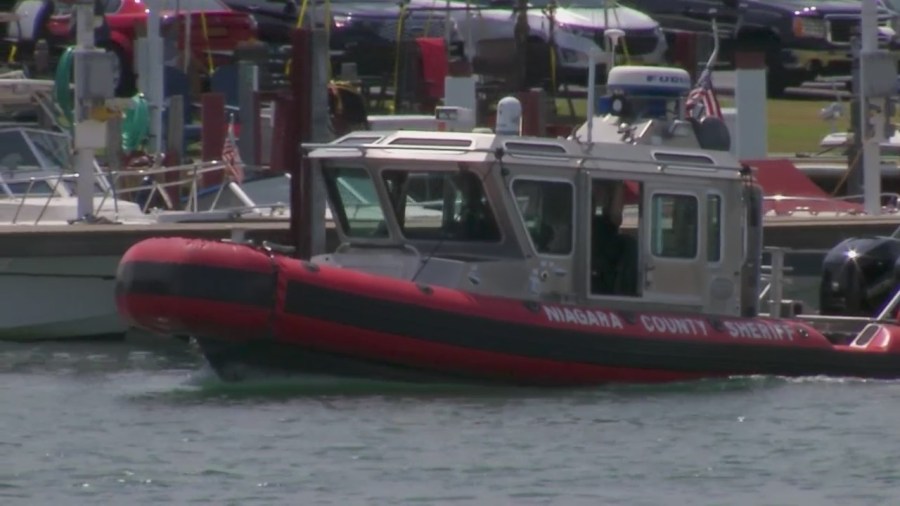 NIAGARA FALLS, N.Y. (WIVB) — Independence Day Weekend is one of the busiest boating times of the year for the Niagara County Sheriff’s Office and their Marine Patrol Unit.

“It’s usually one of the busiest weekends in the summer boating season, so we try to get as many boat patrols out as we can and we expect a lot of activity,” Lieutenant Ron Steen said. “Basically, we are looking for people who are operating their vessels in a reckless manner. Maybe going a high rate of speed closer to shore or bow riding.”


What is the right way to police?: Residents and law enforcement question how to stop violent crime

With the beautiful weather and the holiday weekend, many Western New Yorkers are taking to the water. Sheriff’s deputies will be out on the water all weekend and they have patrol boats in the Upper Niagara River, Lower Niagara River and in Lake Ontario. They also serve as an assisting unit for water rescues in Lake Erie with the Erie County Sheriff’s Office.

They say this weekend can be dangerous for boaters and passengers. It is important to take the proper safety precautions before putting a boat in the water.

“If you get the wrong people out on the water, it can be very dangerous because again the lack of education, the reckless decision making and not having the proper safety equipment it creates a hazard [on the water],” Captain Tom Huff said. “It is our job to go out and respond to those hazards.”

This increased patrol is part of Operation Dry Water, a national campaign to keep the waterways safe for the holiday weekend.

“Our stepped up enforcement trying to reduce the number of incidents and accidents involving alcohol and drugs,” Lt. Steen continued.

Last year, more than 600 boaters were arrested for boating under the influence over the July 4 weekend across the country. More than 500 agencies and 7,500 officers participated.

“Be careful of how much alcohol you consume and we’d rather that you save it for when you’re on land,” Lt. Steen continued.

They also say personal flotation devices are extremely important to wear in case of an accident or rough waters.

“If you’re intoxicated, it’s not going to help you if your motor skills are shot if you are too far away from land. It’s deceptive how far you are away from shore when you’re out there in the middle of the water,” Capt. Huff explained.

Distances on the water can be hard to judge. For example, it is 0.75 miles from the Gatwick docks in North Tonawanda to Grand Island. That is a far distance to swim, and Capt. Huff says it is even more challenging when alcohol and drugs are involved. Boating education and understanding the rules of the water are key before operating a vessel.

“It’s almost like you don’t know what you don’t know when you’re out there,” Huff added. “If you’ve never had any experience with boating and you just hop out and think it is as easy as turning the key and pushing the throttle down. Get educated.”